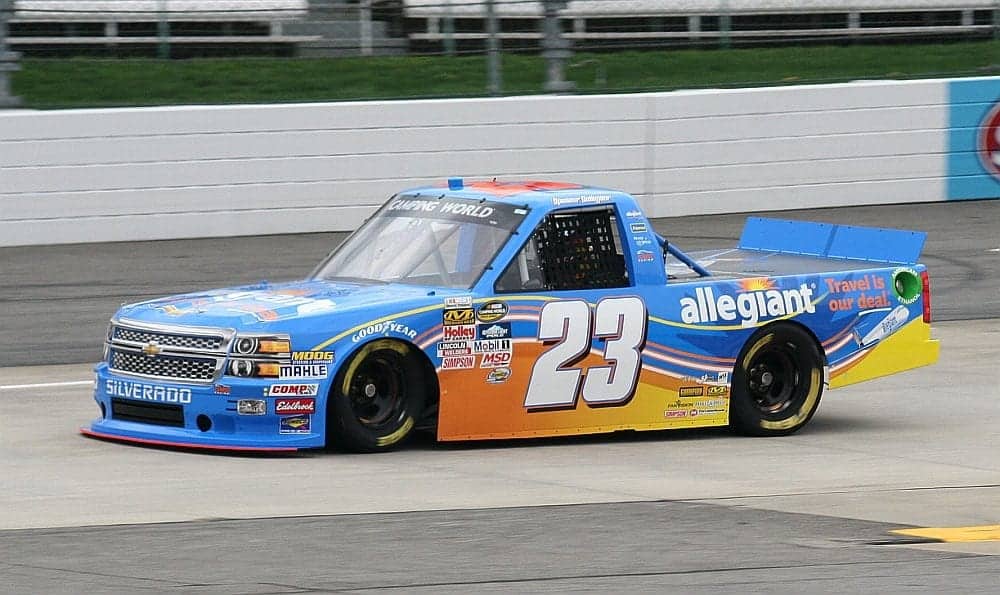 Gallagher posted an average speed of 135.150 mph during his fast lap, leaving him atop the charts at the end of the session.  Cameron Hayley held the second best time, only 0.177 mph slower than Gallagher. Gallagher won the pole position last week at Texas Motor Speedway, leading 88 laps of the event before a slow pit stop dropped him from contention late, leaving him seventh at the finish.

Johnny Sauter, winner of the past two races, put up the fastest time among Chase drivers in third. The next quickest chaser was Christopher Bell in fourth. John Hunter Nemechek rounded out the top 5 in the final tune-up.

K&N Pro Series regular Noah Gragson posted the third fastest time in the morning practice. He followed that showing with the 10th fastest lap in final practice. Gragson is attempting to make his series debut this weekend in the No. 18 fielded as an alliance between Kyle Busch Motorsports and Wauters Motorsports. Gragson moves to the KBM truck full-time in 2017.

Another K&N Pro Series star, Dominique Van Wieringen, is also attempting her initial truck start in the No. 02 in a partnership between Young’s Motorsports and Rette Jones Racing. Van Wieringen posted the 23rd fastest lap in the second practice, one spot better than the first round.

Travis Kvapil brought out the only yellow of the session when he cut a left front tire, making contact with the outside wall. His Chevrolet was 29th fastest prior to the incident but did not return to the track afterward.

Qualifying for the Lucas Oil 150 will be Friday at 8:30 p.m. ET, with the race following immediately after.