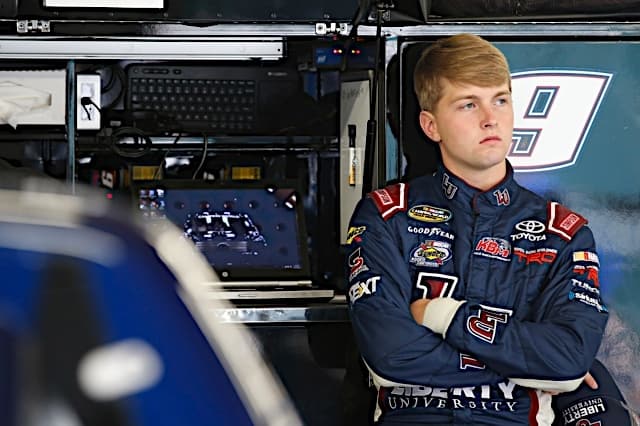 Though he’s a six-time winner in 2016, William Byron had only one pole in his Camping World Truck Series rookie season.

That was until he ripped around Phoenix International Raceway Friday night at a speed of 138.254 mph, where he grabbed pole No. 2 in his No. 9 Kyle Busch Motorsports Toyota.

“Feels great for this race team to get a pole. Our second official one of the year,” Byron said. “[It’s a] quick turnaround for the race so we have to get focused on the race. Great execution by these guys.”

Sitting just six points above the cutoff zone, Byron and the rest of the Chase field will use Friday’s Lucas Oil 150 to set the Final 4 who will race for the championship in Homestead-Miami Speedway next week.

Qualifying second was Daniel Suarez followed by Rico Abreu, the Thorsport Racing rookie who earned his career-best start in his No. 98 Toyota, in the third spot

“Just making it to that third round always helps improve your weekend,” Abreu said. “It’s awesome to have a good qualifying run.”

Tommy Regan was the lone driver to not qualify on time.