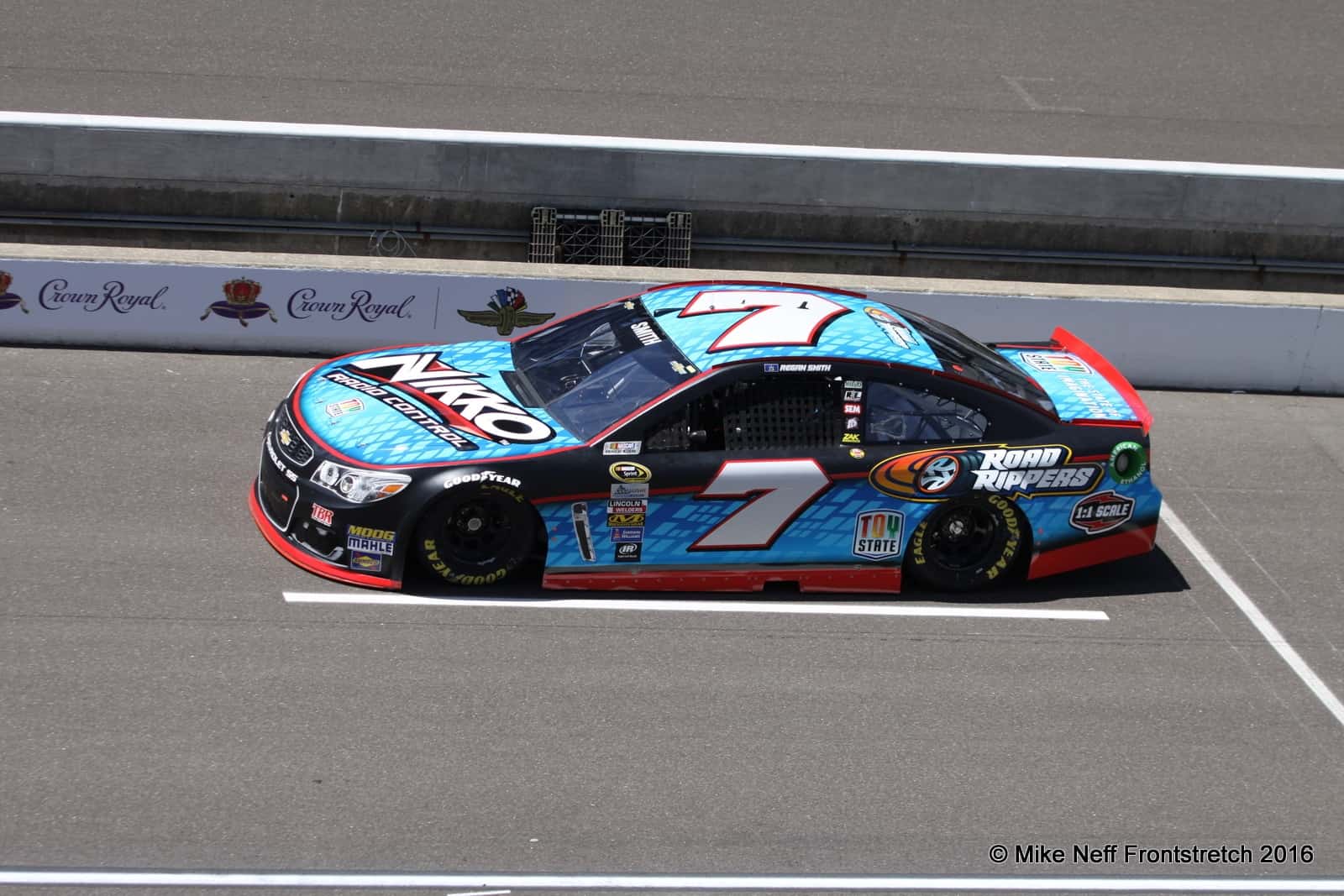 On Thursday, Tommy Baldwin, Jr., owner of Tommy Baldwin Racing, announced on his team’s Facebook page that it will no longer compete full-time in the Sprint Cup Series after Sunday’s Ford EcoBoost 400.

In addition, the team’s charter has been sold off.  Baldwin did not note in his statement who the charter was sold to, but ESPN.com’s Bob Pockrass is reporting that the charter will go to Leavine Family Racing.

“For the past eight years we’ve shown up at every race, worked hard to compete at the top level and bring value to our sponsors,” Baldwin wrote.  “I feel confident that we are moving on having accomplished that. There have been many teams like ours that have come and gone. I’m proud that we have been able to sustain ourselves from the very beginning.

“Over the years we have been fortunate enough to have a great group of people both in the shop and on the road. In this business, you are really defined by the people you employ and I’m grateful for everyone’s hard work.”

Tommy Baldwin Racing has made 391 starts in the Sprint Cup Series since making its debut in the 2009 Daytona 500 with Scott Riggs driving.  The team never made it to Victory Lane, but did earn two third-place finishes, one with Dave Blaney at Talladega in 2011 and then with Regan Smith earlier this year in the rain-shortened Pennsylvania 400 at Pocono Raceway.  Three of the team’s four top-10 finishes occurred in restrictor-plate races.

While Sunday’s race at Homestead-Miami Speedway will be the last one for the team as a full-time operation in Sprint Cup, the door is not necessarily closed on continuing to compete in some way, shape or form.  For now, the team is focused on doing as well as it possibly can in Homestead.  Afterward, Baldwin said he plans on sitting down and reflecting before making announcements about the team’s future.

Leavine aye? Hmp? Was hoping Wood Brothers Racing would get it. I know Nascar’s criteria for dolling them out, but still, the longest tenured Cup time of all time should have been given one to begin with, in my opinion.
Regardless, hopefully someone can clear this up for me. The version of reality I am led to believe is…
Leavine Family Racing bought Tommy Baldwin Racing’s “charter” because they [LFR] are separating from Circle Sport Racing. As I understand it, CSR is the owner of the charter LFR was racing under & “leasing” for ’16. So, now LFR – & – CSR both have charters.
Leaving the operative question (as opposed to “leasing” it to LFR) will CSR keep their charter & use it themselves or sell it?
Aside from all of that charter stuff is each of the THREE respective team’s assets. Interestingly, with the charter being the hot topic, NOTHING is being said about those team assets OR about what becomes of the #7 & the #95 (rides of Smith & McDowell, respectively). So, that is the other unknown & operative question. I hope this all gets ironed out cooperatively, but somehow I sense legal wrangling & court mitigations-a-plenty are in the works, as is frequently the case with motorsports divorce court.
Thank you for your main-game efforts & good luck to Tommy, Beth, Allen & the TBR crew on your future endeavors.