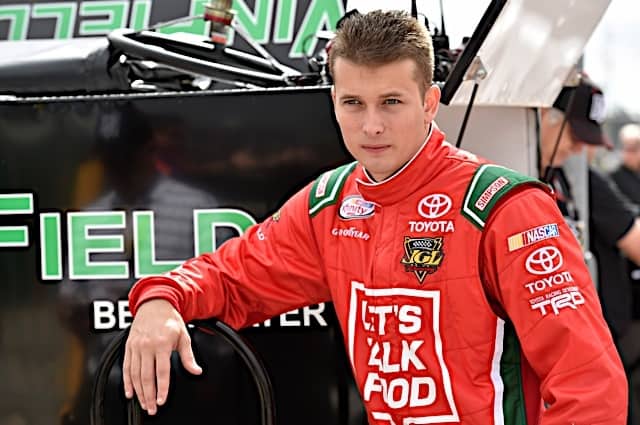 Dakoda Armstrong will be back with JGL Racing in 2017, the third-year driver confirmed Friday afternoon to Frontstretch.

The 25-year-old Indiana native moved to JGL Racing this season after competing with Richard Petty Motorsports for two years. But when RPM opted to sign Jeb Burton, Armstrong was left without a ride.

“The plan is to try to come back and improve on everything we’ve done with Toyota this year,” Armstrong said. “Our crew is going to be pretty stout next year. We have a lot of new cars coming in and we just need to improve.”

JGL Racing will continue to get its engines from Joe Gibbs Racing, which enabled Armstrong to compete at Iowa Speedway in July. That evening, he finished in the top 5 for the first time in his XFINITY Series career as he replaced Matt Tifft, who was out for several weeks due to having surgery for a brain tumor.

“It’s definitely been [a season] full of ups-and-downs,” Armstrong said. “I think we’ve really improved a lot. Our finishes might not show it, but it just feels a lot better. We’ve done a better job at qualifying. We’re moving in the right direction for next year.