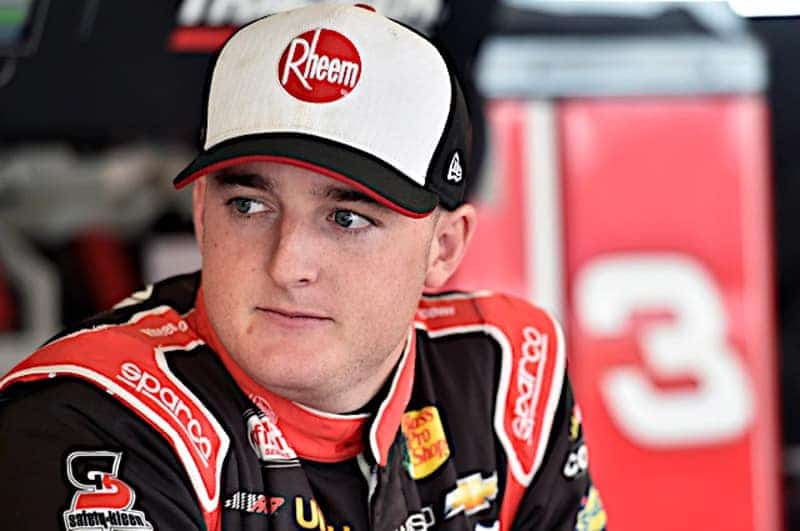 Ty Dillon has found a home for his NASCAR Sprint Cup Series rookie season in 2017.

The driver, younger brother of current Cup Series regular Austin Dillon, will pilot Germain Racing’s No. 13 in the series beginning in 2017, the team announced in a press release Monday, Nov. 28.

Dillon will replace Casey Mears, who has driven the car for the team since halfway through the 2010 season.

“I have been preparing for this next step in my career for several years,” Dillon said in the team release. “With my experience in the Camping World Truck Series and XFINITY Series, I am ready to drive full-time in the Sprint Cup Series.

“I want to thank Bob Germain and the entire Germain Racing organization for giving me this opportunity. It will be an honor to represent a brand and sponsor like GEICO which has played such a significant role in the sport for so many years.”

Dillon has competed for Richard Childress Racing in the XFINITY and Truck series over the past few seasons, with a best finish of second in the 2013 Truck Series standings. He’s earned three wins in Truck Series competition and one in XFINITY. Most recently, he finished fifth in XFINITY Series standings with nine top 5s and 17 top 10s.

Germain Racing’s partnership with Richard Childress Racing will continue as part of Dillon’s move to the organization. The length of the driver’s contract with the team was not immediately known.

“First of all, I want to thank Casey Mears for everything he’s done for our race team over the past six years,” owner Bob Germain said. “He’s been an integral part of our growth and a great representative for GEICO and our many partners. Bringing Ty on board is an exciting opportunity for us and we are committed to giving him all the resources he needs to reach his full potential. He’s a very talented driver and first class young man. I’m looking forward to working with him, as well as expanding our relationship with RCR.”

Now we know who was keeping a seat warm for the junior Silver Spoon Brother.

I hope his ego will let him accept running with The Diva and not Elliott until his grampa buys him a good ride.

wonder how long until those who criticize Danica will be outraged over this?