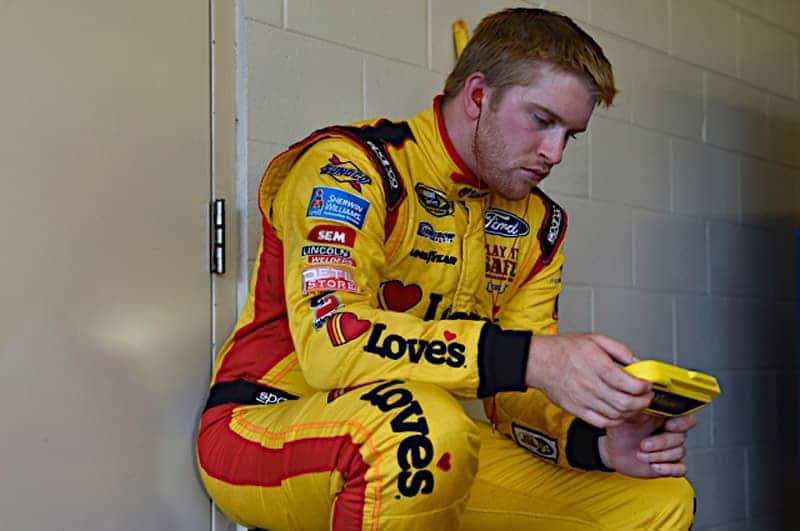 Chris Buescher will move to a new NASCAR Cup Series team in 2017.

The 2016 rookie, who made the Chase for the Sprint Cup with Front Row Motorsports after winning at Pocono Raceway, will move to a second JTG Daugherty Racing team in 2017, according to Roush Fenway Racing, which is leasing Buescher to Cup teams after the Texas native won an XFINITY Series championship for it in 2015.

Buescher’s move to JTG Daugherty Racing comes with a Cup Series charter, as RFR will lease its No. 16 charter to the team. The No. 16, previously driven by Greg Biffle, will currently not return to Cup in 2017, with Biffle departing the organization.

“We have been able to shore up our plans for 2017 and we feel that this will continue to move us in a direction that will yield improved performance and results,” Roush Fenway Racing co-owner Jack Roush said in a press statement concerning his team’s plans as a whole. “We saw improvement in our cars and made substantial gains in our performance at times last season, and we will continue to build on that by maintaining a robust engineering group in order to take the next step by consistently running up front.”

The rest of Roush’s driver lineup remains intact, with Trevor Bayne and Ricky Stenhouse, Jr. piloting the Nos. 6 and 17, respectively.

“We can confirm at this time that JTG Daugherty Racing is currently in the process of starting a second team in the NASCAR premier series,” JTG Daugherty Racing team owner Tad Geschickter said in a team statement. “We would also like to confirm and welcome Chris Buescher to the team as our driver for the second car. More details will follow.”

Added Buescher: “I’m thankful for the opportunity and look forward to competing for a spot in the Chase.”

More information about Buescher’s team has not yet been divulged.

Additionally, Roush Fenway Racing revealed that Kevin Kidd has been named the organization’s competition director, while Tommy Wheeler will assume the role of operations director.

Buescher moves from Front Row Motorsports’ No. 34; he drove for the team in 2016 in a similar situation, on lease from Roush Fenway Racing. FRM has not announced a replacement. The organization had entered into a technical alliance with RFR with Buescher’s involvement; it is unclear if that will continue in 2017.

JTG Daugherty Racing has competed in the Cup Series since 2007, moving to a full-time capacity in 2009. The team previously competed in the XFINITY Series. AJ Allmendinger is currently the driver for the team’s previously lone car, the No. 47.

Not sure what compelled Roush Fenway Racing to lease a charter & driver to a Chevy [JTG Daughtery Racing] team, rather than a fellow Ford affiliate? I definitely think that is questionable & I wonder how this transaction is being received by the Ford Performance team.
This also seems to leave Front Row Motorsports with a vacant seat [#34].
Also wondering what will become of Chris’s sponsors [Love’s Country Stores & CSX].

If I remember correctly, didn’t Biffle get in some hot water early in his Cup career at Roush for driving some races for a Chevy team in the Busch Series? My how things have changed.

Any port in a storm.