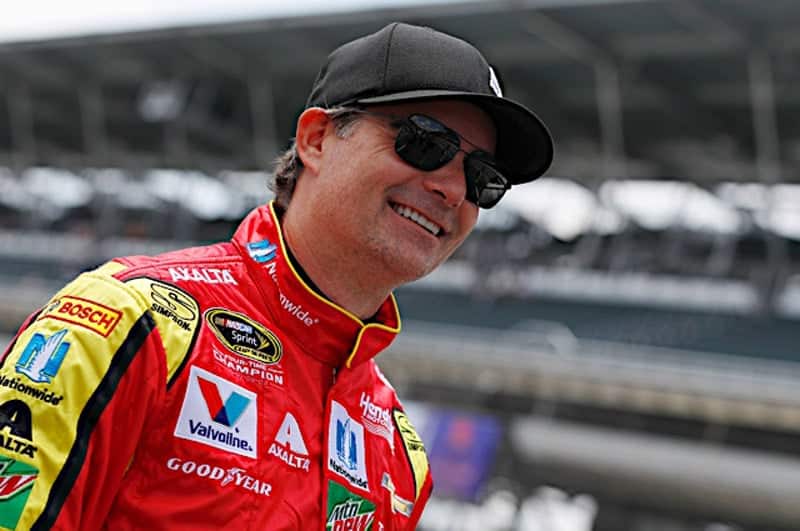 Just because Jeff Gordon has no current plans to race again in NASCAR doesn’t meant that his career is completely over.

Wayne Taylor Racing announced on Thursday morning (Dec. 1) that the team has signed Gordon to drive the No. 10 Cadillac DPi-V.R. in January’s Rolex 24 at Daytona.

He will complete a four-man driving lineup that also includes Max Angelelli and the Taylor brothers, Jordan and Ricky.

Gordon said he is very excited to get back into a prototype.

“I really enjoyed racing in the 24 Hours of Daytona in 2007 with Max [Angelelli], Wayne [Taylor] and Jan [Magnussen],” Gordon said in a press release.  “When I announced I would no longer be competing full-time in the NASCAR Sprint Cup Series, my hope was that I would get an opportunity like this to compete again in such a prestigious event – with Konica Minolta and Wayne Taylor Racing – with the hopes of winning it this time. I know that Ricky and Jordan are super fast, and I believe it will be a very strong combination.”

Team owner and former teammate Wayne Taylor is quite pleased to have Gordon’s star power back in the fold.

“We are excited to have Jeff back in the lineup with us for the 2017 Rolex 24,” Wayne Taylor said.  “He was with us when we started this race team back in 2007 and he helped us finish on the podium. We have kept in close touch ever since and have always been looking for another opportunity to have him join our driver lineup. That opportunity is finally here after his retirement from full-time competition in NASCAR and we are very much looking forward to working with him again”

As Gordon stated, he has one previous start in the Rolex 24 at Daytona.  In 2007, Gordon raced for WTR in their SunTrust-sponsored No. 10 Pontiac Riley Mk. XI.   At the start of Gordon’s first stint in the car, he drove on the road exiting pit road a little too fast.  There is a sharp left turn in the infield that drivers exiting pit road must traverse to get onto the track and Gordon ended up hitting the outside wall there before he could even get onto the track proper.

Aside from that incident, Gordon drove well in the race.  The team ended up finishing third overall, two laps behind the winning entry from Chip Ganassi Racing with Felix Sabates shared by Salvador Duran, Juan Pablo Montoya and Scott Pruett.

Wayne Taylor Racing’s lineup has had a good amount of success in the Rolex 24 previously.  The previous iteration of the team (SunTrust Racing) won overall in 2005 with the lineup of Angelelli, Wayne Taylor and Emmanuel Collard.  The current team has finished on the overall podium the last three years in a row.  They were second in 2014 with Angelelli and all three Taylors, and this year with Angelelli sharing with Jordan Taylor, his brother Ricky and Rubens Barrichello.

The 2015 race should have been a third-place finish.  However, Jordan Taylor exceeded four hours of driving in the final six hours of the race, which contravenes drive-time regulations.  That necessitated a hasty stop in the final minutes of the race with the No. 10 in position to battle for the win in order to put Ricky Taylor back in the car.  Regardless, IMSA officials disqualified the No. 10 a week after the race.

Cool. I am happier with this announcement than I was when it was announced that he’d be substituting for Jr.

I hope he doesn’t get hurt or suffer a concussion.