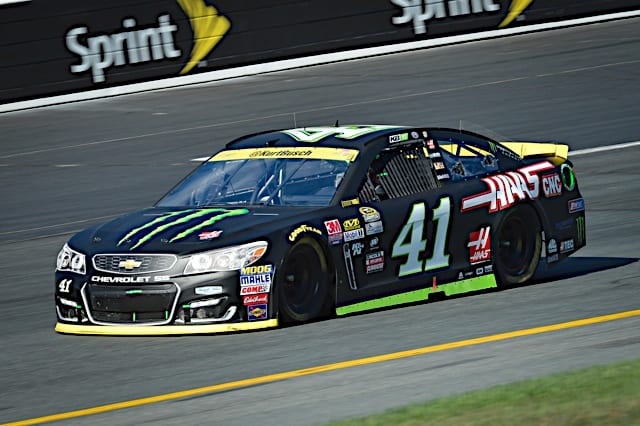 NASCAR has found its title sponsor for its premier series.

The sanctioning body announced Thursday (Dec. 1) that Monster Energy will assume the role of title sponsor for the series, which was previously called the NASCAR Sprint Cup Series, in 2017.

An official name of the series was not available at press time. Historically, the sponsor has accompanied the Cup Series branding, but it was unclear if that tradition would continue with Monster.

“Monster is going to interact with our fans in a way no one has before — on and off the track,” Brian France, NASCAR chairman/CEO, said in a press conference announcing the deal.

Monster’s announcement as the series title sponsor comes almost two years after Sprint initially announced it would no longer sponsor the series as it had in name since 2008 and as Nextel between 2004 and 2007.

With the new role as series sponsor, Monster Energy is the official energy drink of NASCAR and will also have naming rights to the All-Star Race held each May at Charlotte Motor Speedway.

Additionally, the energy drink company will continue to sponsor Kurt Busch’s No. 41 for Stewart-Haas Racing. It is currently a co-primary sponsor for the team, along with Haas Automation.

#41 Monster car in the Monster series huh? Thank you for removing any possible shred of a perception of impartiality Nascar! Any early bets on who wins the Cup in ’17?
…lest, a Ford will finally win their first gimmick “chase” farce! Ha!

Bill B
Reply to  Biff Baynehouse

Hey man, I remember there was a Winston car during the Winston Cup days… but I hear what you’re saying in these days of fake cautions, wave arounds, double file restarts and GWC finishes. Lots more opportunity to mess around with the finishing order and who makes the chase cut.

Yeah, & obtw, last week I think they hinted that the “cup” part of the “cup series” would be rebranded. So by holding off on the announcement & making it in a separate presser, I think it safe to say we are being spoon fed information via a contrived corporate marketing strategy …most likely contrived to lesson the systemic shock of selling their historic name. A contrived strategy that is as offensive as the concept of your name, let alone actually doing it.
Oddly enough V8 Supercars sold their name this year too, which is now officially revered to as “Virgin Australia Supercars.” What next, the “Kleenex Football League”?
But they will always be “Cup” & “V8” to me, since I have yet to receive a check from any of these sponsors! :-P

All about going after this age 18-34 demographic that thinks it’s entitled to a $15/hour minimum wage, free health care, free college, and whatever other free goodies there are. Also it’s a generation that’s not interested in cars to the extent of previous generations.
As an aside, how will Monster interact with fans on the track? Will selected fans get to toss Monster cans on the track to bring out debris cautions?

I think it speaks volumes that they haven’t announced the price of the deal. Maybe they will and I will look foolish, but my guess is that they didn’t talk about the numbers because they are much lower now and they can’t stand the idea of highlighting the fact that the series, and NASCAR in general, aren’t the shining star they once were. Lower ratings, lower attendance, lower purses, lower value. But they will spin, spin, spin it so that it looks the best it possibly can.

Any surprise no details have been released? Let’s see, they don’t release attendance figures or race winnings anymore and before long will probably figure out how to conspire with Nielsen to keep the ratings under wraps.
According to ESPN, the deal is at 40% of the value of the expiring Sprint deal.

i
hear
the
fat
lady

BZF said they & monster are in the ‘fun’ business. If that’s the case, will they cull down things that aren’t ‘fun’? Stream-of-consciousness list –feel free to pile on:

Getting rid of the souvenir haulers at the tracks

wait – we like Fontana now, and Homestead…the others i agree
i’ll add
– goodyears
– inconsistent fines / rules
– “heat races”
– the Waltrip brothers
– and more…

How about calling it “Grand National”?

Everything old is new again sometime.

This should be good for NASCAR going forward. Monster brings a decidedly different flavor to the table. I hope to see a more fun/crazy atmosphere at the race track with Monster Energy Girls, pyro and cross-promotion with other motor/action sports. It’s a company that knows how to market to youth and market young stars. It should be a little less straight-laced around the track next year. We are just going be way over-caffinated. Monster and Moonshine the official cocktail of NASCAR.

I don’t understand what difference Monster can bring, other than their check clearing! Brian has made it very clear he marches the the drum of his broadcast suckers. A banner here or there, a plug for “Monster” with the broadcasters..I cannot see how it will change. There might be a novelty glance for those they market..with the crap NASCAR has pulled for years in all aspects of the “fan experience” The bells, whistles and shiny objects will lose their luster quickly. The crap product on the track for next season seems to have the same rotten smell and blinding BS that has raised hopes for many, but just as many were not fooled and the others were disappointed yet again.

“Cup” seems to be a swear word, racist..or some sort of modern day bullshit offensive. Everybody is using “Premier”. Good grief, the old men must be rolling in their graves. NO CUP???????? Bullshit! If “Cup” is removed, Brian should be arrested for aggravated prostitution, imo. Shameful.

What happens to all the trophies that say Winston Cup Champion?

For a “small” fee they can send the trophies back to NASCAR and they will re-engrave the text accordingly.

You can bet that Brian won’t pay for it!

The deal is worth 2.5 times LESS than the previous deal….so, give them the benefit of the doubt and go 2.5 times less than 10 years/$750 million. That comes out to $30 million/year. They wanted $100 million/year. Brian is one delusional SOB…..