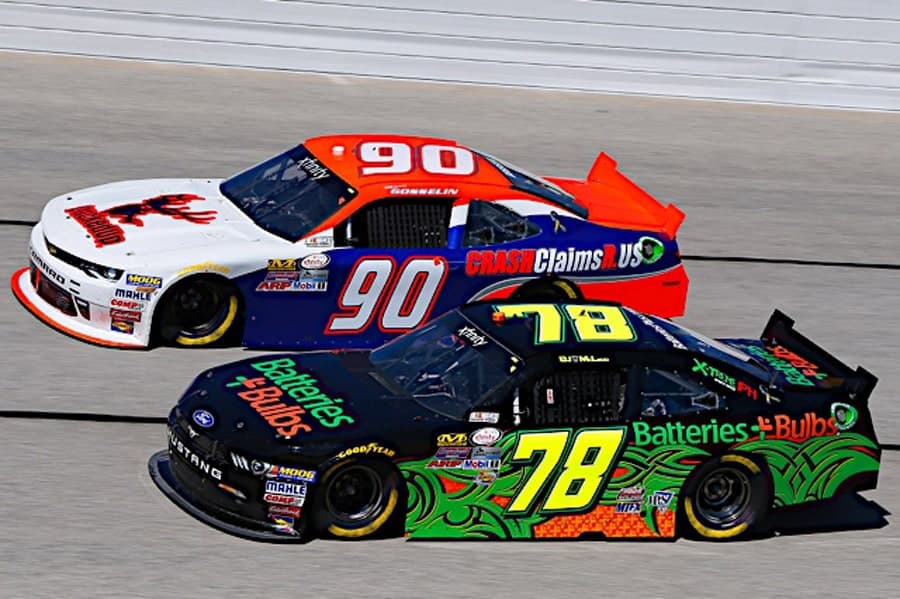 BJ McLeod Motorsports will run two-full time NASCAR XFINTY Series cars in 2017 — and potentially a third, depending on how things go through the first three races.

“Two cars for sure full-time,” team owner/driver BJ McLeod told Frontstretch following a 31st-place finish at Homestead-Miami Speedway in November. “We’re going to start a third car for the first three races and see how we maintain it. Obviously, we’ve been doing OK the last three weeks. We’re going to see how we can handle three cars and make a decision after the third race whether we are going to continue on with a full-time effort or not.”

This season marked the first time that BJ McLeod Motorsports competed in a full season. Over the course of the 33-race season, McLeod had a pair of 19th-place finishes at Dover International Speedway and Iowa Speedway.

Though it ran two cars for the majority of the 2016 season, there was never a stable partnership. NASCAR veterans such as Jeff Green, Travis Kvapil and Josh Wise made appearances in the second car, as well as Clint King, who made three appearances.

King is someone that McLeod is high on and for whom he has a lot of expectations. In three races this season the 21-year-old had a pair of 26th-place finishes at Charlotte Motor Speedway and Texas Motor Speedway late in the season.

“Clint King is someone that I would love to have in the seat,” McLeod said. “He has done an excellent job for us this year. With no seat time on mile-and-a-halves, he got a 26th-place finish. It was an incredible job for a rookie.

“He is somebody that is levelheaded, runs a business, works every day. He’s a really good guy and he is a spokesperson for a lot of different companies. He has some marketing opportunities there that would do well for us. We’re trying to put it together, but it’s not done yet.”

Hoping to have a final driver lineup by the beginning of the new year, McLeod said he needs more partners to jump on board with the organization. More money will secure a third car for the entirety of the 2017 schedule.

“I’m going to run the second car no matter what,” McLeod said. “He [King] needs to bring in some kind of help to be in it full-time this year. This deal here, as we’ve seen for years, you have to have financial backing to run good. This stuff costs money, and even once you get the money, you’re not guaranteed to run good. You have to have the money before you can begin to move on and try to be better.”

McLeod finished the season 20th out of 21 full-time XFINITY Series in drivers points. In his first full season as a team owner, the Florida native tested the waters to see what NASCAR is all about.

“You can’t really run one car and do good, in my opinion,” he said. ” I always like to have Jeff Green or Travis Kvapil or somebody like that who has a lot of seat time, so I can kind of chase and try to learn from [them]. You always need a car that you can lease out to other teams that have sponsors, and they can drive also because when you bring in another marketing opportunity with a second car it helps both teams.”