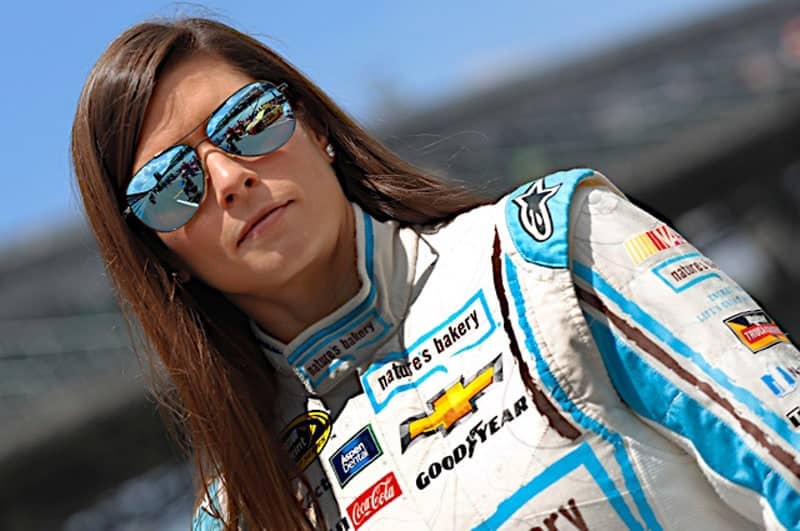 One thing is glaringly evident in observing Danica Patrick’s 2016- she’s running out of time.

The 34 year old driver just finished her fourth season at stock car racing’s highest level. Many drivers who have the opportunity to drive in Stewart Haas level equipment have at least shown flashes of brilliance. But in 2016, Patrick just wasn’t very competitive.

She certainly had her high points. Patrick found consistency, improving her average finish from 23.5 in 2015 to 22nd in 2016. She accomplished by only finishing out of the top 25 five times. She showed strength on the road courses, earning a 19th at Sonoma and leading 11 laps at Watkins Glen. Her best finish of the season came at Charlotte in the fall, where she avoided trouble and finished 11th.

But, overall, it was just more of the same mediocrity Patrick has found in her career. She had no top 5s or top 10s and only four top 15s. To make matters worse, she had some problems down the stretch, most notably in the spring. Patrick was fined $20,000 by NASCAR in March after gesturing towards Kasey Kahne after an incident at Fontana when Kahne put her into the wall. Kahne would put the blame on himself following the race.

At Talladega the next month, Patrick had what she described as the worst wreck of her life after Patrick was pushed right into the backstretch wall. She collected the No. 20 of Matt Kenseth and slammed the wall at near full-speed, bursting into flames. Patrick was rattled but was thankfully uninjured.

Patrick had yet another bad accident just a couple of weeks later at Dover. Just a few minutes into opening practice, a gear broke on Patrick’s Chevrolet and she leaked oil all over the frontstretch. Chris Buescher and Tony Stewart spun in the oil and hit non-SAFER barrier walls. All three were sore but weren’t injured in the hard wreck.

Although Patrick still hasn’t found the success expected on the track, she continued to serve as an admirable ambassador to the sport off of it. She’s still the only full time female driver in the NASCAR Sprint Cup or XFINITY Series, and thanks in part to her partnership with Nature’s Bakery, she has spent much of the year focused on health and wellness. She’s writing a book on fitness and will be introducing a new exercise program next year. A common sight in NASCAR social media this season was Patrick posting yoga pictures of various poses. In a September interview with Fox Business, Patrick revealed she’ll be coming out with a new line of clothing in January and has aspirations to go into the TV business.

But, in the same interview, Patrick revealed that she’s not going to leave NASCAR until she wins a race. A problem for Patrick has been the revolving door of crew chiefs her No. 10 Chevrolet has had the last few seasons. Keeping crew chief Billy Scott and continuing to improve on last season’s results should be only a positive for the team, if they decide to go that route.

But time is still running out. Patrick’s problem is not equipment- her teammates Kevin Harvick, Kurt Busch, and Tony Stewart found plenty of success this season. Her problem is not a lack of aggression, as showcased in the aforementioned Kahne incident. Her problem is also not due to inexperience- she has made over 150 Sprint Cup Series starts. Whatever the problem is, the team needs to identify and find a solution to it.

These next two years will be mightily important for Patrick- her contract will be up following the 2018 season. At that point, and with the possibility of Cole Custer coming up from SHR’s XFINITY Series team or a free agent such as Kyle Larson entering the picture, will Stewart Haas have enough room for Patrick? She needs to start providing results befitting of her team and her experience level.

Your assessment, for the most part, is extremely accurate. However, I wonder why the media has taken so long to realize what many of us have know for years. Statistically Patrick peaked in 2008/2009.

I would like to respond to one number that many, you included, like to present as a it were a positive.

Two other notables from your otherwise excellent critique:

“Patrick’s problem is not equipment- her teammates Kevin Harvick, Kurt Busch, and Tony Stewart found plenty of success this season. Her problem is not a lack of aggression, as showcased in the aforementioned Kahne incident. Her problem is also not due to inexperience- she has made over 150 Sprint Cup Series starts. Whatever the problem is, the team needs to identify and find a solution to it.”

The problem is and always has been clear: It’s the driver.
The solution is even more obvious. Danica has been an interesting but failed experiment and novelty. Replace the driver.

LOL,,, good point regarding the finishing position stat vs. the number of drivers in the field.

As for “None of us will live that long.”, I remind you that anyone can win a rain shortened or fuel mileage race if the dominos fall just right (although most of us don’t consider that a true “win”). Otherwise, short of all the other drivers in the field crashing out and her winning by default, or hell freezing over, you are 100% accurate.

Maybe her legacy will be setting the record for most wave arounds taken.
As alluded to in the article with her historic 11th place finish at Charlotte, the only way she can muster a decent finish is to avoid trouble.

Is Danica a great racing driver? Probably not. but then again most of them aren’t. And in the end does it really matter? No. She has brought interest to the “sport” that most of her peers haven’t. And at the end of the day thats probably worth more to the sport than a couple of race wins.

By that logic one of the NFL teams should put Kim Kardashian on their team. It would really bring more interest to the “sport”. Oh, never mind, now I see why that won’t happen. The NFL want to be known as a sport not a “sport”.

So what would you have done? Put some “deserving” young guy from the southeast in that car? But where is the money going to come from? I’m pretty confident if there were such a person that SHR thought was better, and could bring in equal dollars she’d be gone. But obviously there isn’t.

I don’t know (or care) where the driver comes from (or the money) but I’ve got to believe there is someone that could drive that car and be competitive. I get your point about having sponsorship dollars lined up but that just further proves my point that NASCAR is a “sport” and not a sport. I can’t think of any other sport where money buys you a starting spot on in a top tier sport and trumps talent (but I am sure there are a couple of examples you could find). And Danica isn’t the only driver I’d put in that “bought their way in” category. It’s actually becoming common with the current state of the “sport”.

Perhaps it goes back to the old argument of which came first? The need to be competitive? Or, the need to bring in more money to buy more stuff?
But the discussion is pointless I suppose. If they can find a better driver who can bring in the money she’s out.
But I dare say that applies to every driver out there.

Danica Patrick is the most overrated, over hyped, UNDER achieving “athlete” in sports history. 1 win in over 16 years of professional racing? C’mon….She sucks.