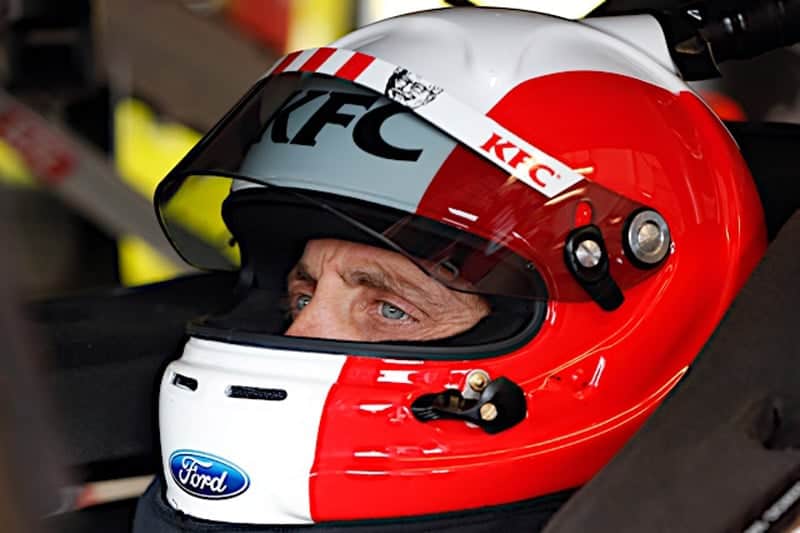 All good things must come to an end. That’s the motto of Greg Biffle’s 2016 NASCAR Sprint Cup Series season. Biffle ran his final season for Roush Fenway Racing in 2016 driving the No. 16 car. It’s the same number he has driven every race since February 2003.

A week after the season Biffle and the team announced they would be ending their relationship with a year left on Biffle’s contract. The 2016 season was another frustrating season for both parties. No wins, no Chase appearance and finally a departure that was years in the making.

It was a far cry from nine months earlier when optimism reigned supreme for the coming year. Veteran Brian Pattie came over from now defunct Michael Waltrip Racing, bringing with him four career victories and a new notebook from a different organization. Speedweeks 2016 brought hope several years of poor performances were headed for a turnaround.

The season started off on a rough note in the 58th Daytona 500. During the race, the team put themselves in position to win but late in the going a cost themselves a chance at victory. Under a round of green flag pit stops, the No. 16 put left side tires on the right side of the car. It created an awful handling condition for Biffle and he was forced to pit under green, causing them to fall several laps down and finish a disappointing 34th.

Biffle’s season continued to slump early. An engine failure at Fontana put the team 27th in points after five races. The next weekend at Martinsville, the season began to take a turn. The team rattled off four top-20 finishes in their next five races pushing them to 23rd in the standings. While those aren’t the results Biffle and company are accustomed to it was a step in the right direction.

Another lull in the season came and by the time the team got ready for the second half of the season at Daytona they were still a dismal 23rd in the standings. However, the team took the pole for the annual July event and finished in the eighth spot. The team rattled off two more top-10 finishes, a sixth at Kentucky and a fifth New Hampshire. Finally, it looked like everything was about to come together.

The momentum was stopped with an accident at Indianapolis. Two weeks later at Watkins Glen another accident and three weeks after their three straight top-10 finishes the team was back to 23rd in points. As the season went on, teams continued to work on their cars and found more downforce. With each week, it seemed that Roush Fenway Racing wasn’t finding the same magic others had found. That fact was clear with the No. 16 team. Their fifth-place finish at New Hampshire was their last top 10 of the season and while the team rattled off five straight top-20 finishes to end the year, the damage was done. Biffle finished a career worst 23rd in the point standings with a career low three top-10 finishes.

The team and Biffle parted ways after 2016 and due to lack of sponsorship. That led Roush Fenway Racing to decide to lease their charter from the No. 16 team to JTG/Daugherty Racing. JTG/Daugherty Racing will add a second entry in 2017, the No. 37 Chevrolet with driver Chris Buescher. That has forced the organization to only run two cars in the 2017 season, temporarily shutting down the No. 16 car.

That leaves Biffle in search of a ride for next season. It’s been reported that Biffle wants to drive a car he can win races with. There’s been a lot of speculation as to where he will drive next season. Recently, Biffle tweeted that he has received several offers from teams but that he hasn’t signed anything yet and reinterred the fact that he wants to be in a car he can win races with.

That’s not the only thing Biffle has tweeted. Recently, Biffle has created an ongoing Twitter joke about driving the No. 69 car in 2017. The No. 69 is the second-least used number in NASCAR’s premier series and hasn’t been in a race since 1992. While some folks have taken Biffle’s tweets seriously, it’s highly unlikely that NASCAR would ever approve the number due to its controversial nature.

The only question left is what the future holds for Biffle. He is a 19-time winner in the premier series of NASCAR and has been a staple in the series since 2003. The Vancouver, Washington native may not have a lot of options. The rides that are currently without a driver are rides that are not as competitive as one would think Biffle wants them to be. Barring an unforeseen circumstance, you have to wonder if the 2016 season will be his last. If it is there’s nothing Biffle should be ashamed of. He’s had a wonderful career.