On Tuesday, Visit Florida Racing announced that René Rast will join the team for the four Tequila Patron North American Endurance Cup races, starting with the Rolex 24 at Daytona at the end of the month.  Rast replaces Ryan Hunter-Reay as the team’s endurance-only driver.  Hunter-Reay is racing in the GT Daytona class for Michael Shank Racing at Daytona only.

“It is an amazing feeling to know that in a few days I will be back at Daytona,” Rast said in a press release.  “The Rolex 24 is one of my favorite races during the year and I can’t wait for the action to begin. I have won the Rolex 24 now two times but not overall. My big dream was always to one day win it overall. Being part of a great team like VISIT FLORIDA Racing is a big honor and for sure it will bring a big smile to my face doing my first laps in their car. I followed the team over the past couple of years and always felt that they were one of the best teams, so I’m very proud to be part of this effort.”

Rast has two career class victories in the Rolex 24 with Magnus Racing (2012 and 2016), one in Porsche 911 GT3 Cup and the other in an Audi R8 LMS GT3.  He also finished second in GT back in 2013 in another Audi.  This month’s Rolex 24 at Daytona will mark his first career prototype start in an American sports car racing series.

However, Rast does have a fair amount of prototype experience.  Rast’s long relationship with Audi meant that he had the opportunity to race the LMP1-H class Audi R18 e-tron quattro in the FIA World Endurance Championship for two races in 2015.  His best finish was fourth overall at Spa.

In 2014, Rast raced an ORECA 03R-Nissan at Le Mans for Sebastien Loeb Racing with Jan Charouz and Vincent Capillaire, finishing fourth in LMP2 (eighth overall).  Last season, Rast drove in seven of the nine WEC events for G-Drive Racing, sharing the No. 26 ORECA 05-Nissan with Roman Rusinov (full season), Nathaniel Berthon and Alex Brundle.  The team won the final three races of the season, but Rast was only part of the team for the last win at Bahrain.  Rast earned four podium finishes in his seven starts.

Phil Allaway has three primary roles at Frontstretch. He's the manager of the site's FREE e-mail newsletter that publishes Monday-Friday and occasionally on weekends. He keeps TV broadcasters honest with weekly editions of Couch Potato Tuesday and serves as the site's Sports Car racing editor. Outside of Frontstretch, Phil is the press officer for Lebanon Valley Speedway in West Lebanon, N.Y. He covers all the action on the high-banked dirt track from regular DIRTcar Modified racing to occasional visits from touring series such as Tony Stewart's Arctic Cat All Star Circuit of Champions.
Previous BAR1 Motorsports Announces Daytona Driver Lineups
Next Atlanta Motor Speedway to Repave After Cup Weekend 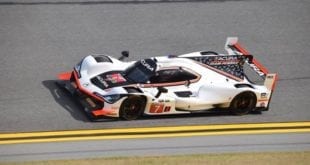 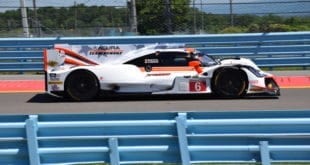 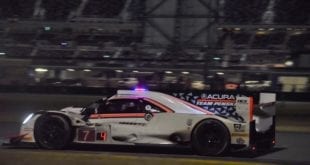