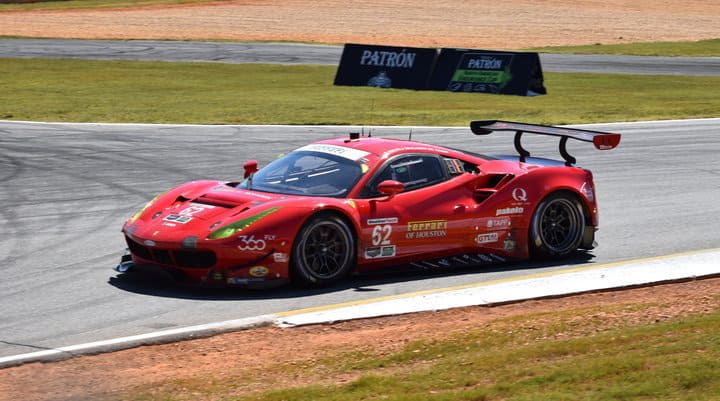 On Thursday, Risi Competizione announced that Toni Vilander and former Formula One racer Giancarlo Fisichella will return for the full season in the No. 62 Ferrari 488 GTE.  For Daytona at minimum, Fisichella and Vilander will be joined by James Calado, a regular in the FIA World Endurance Championship for AF Corse.  This is the same driver lineup that won the GT Le Mans class at Petit Le Mans back in October.

For Fisichella, this will not be his only full-time ride in 2017.  Back in November, Fisichella was confirmed as a full-time driver in the Blancpain GT Series Endurance Cup for Kaspersky Motorsport in one of their Ferrari 488 GT3’s.  However, none of the five Blancpain GT Series Endurance Cup races clash with the 12 rounds of the IMSA WeatherTech SportsCar Championship.

Fisichella is relaxed after spending time with his family on the island of Zanzibar and is ready to go.

“I’m looking forward to [the IMSA WeatherTech SportsCar Championship season] with Toni [Vilander] and James [Calado],” Fisichella stated.  “I’m really looking forward to the same Risi Team. We had such a fantastic end of season last year so I would like to start again with another great result. We have a good crew and car and drivers so I’m very happy for this.”

Vilander has done all of the testing for the team ahead of the Roar Before the 24 and is confident in what Risi Competizione has for the compeition.  However, he knows that the competition is stiff in GT Le Mans.

“GTLM is very tight and tough,” Vilander said in the team’s press release.  “There are strong race cars with best crews in the world. It will be difficult!”

Friday’s first two sessions lived right up to Vilander’s quote above.  The No. 62 was tenth fastest in GTLM during the first session and was last in class in the second.  However, the team of Calado, Fisichella and Vilander was just about a second off of the fast time in GTLM in each session.