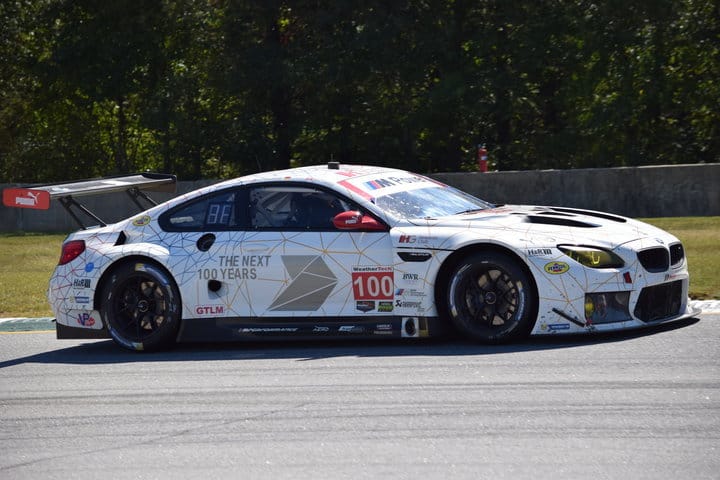 In Daytona Beach this time of year, the average high is 68 degrees with lows in the upper 40’s.  On Sunday, temperatures barely got to the upper 40’s for highs.  In addition, the winds kicked up out of the north to over 20 mph.  As a result, a number of teams chose not to participate in the one hour final practice session.  Only 34 of the 55 teams ventured on-track.

Once again, REBELLION Racing was fastest, but it was not Neel Jani who set the best time.  Former Formula One racer Sébastien Buemi was fastest with a lap of 98.408 seconds (130.233 mph).  PR1/Mathiasen Motorsports’ José Gutierrez was second in his Ligier JS P217-Gibson, followed by Action Express Racing’s Joao Barbosa.  Former Audi factory racer Loïc Duval was fourth fastest in the DragonSpeed ORECA 07-Gibson.  Dane Cameron in the second Action Express Cadillac DPi-V.R. was fifth.

In GT Le Mans, the lineup of teams was depleted.  Corvette Racing made the decision to pack up in the wake of Marcel Fässler‘s fire during session No. 6.  The U.S. branch of Ford Chip Ganassi Racing and Risi Competizione chose to pack up as well due to the conditions.

Those who did run were ultimately very close to each other.  BMW Team RLL’s Martin Tomczyk, a 16-year veteran of DTM, was fastest with a lap of 104.763 seconds (122.333 mph) in the No. 24 BMW M6 GTLM (run as the No. 100 last year).  That lap was just one-thousandth of a second faster than Alexander Sims in the No. 19 BMW Art Car.  A quarter of a second back was Richard Lietz in the No. 912 Porsche with the No. 911 of Patrick Pilet in fourth.  Ford Chip Ganassi Racing UK’s Olivier Pla was fifth.

In GT Daytona, Stevenson Motorsports’ Robin Liddell was fastest with a lap of 107.015 seconds (119.759 mph).  That lap was one-eighth of a second faster than Michael Christensen in second.  Christensen, a Porsche factory racer, was added to the driving lineup of Alegra Motorsports’ No. 28 Porsche 911 GT3 R on Saturday.

Overall, all of the fastest lap times were turned in early Sunday morning in the chilly session No. 6.  Ben Hanley‘s lap of 98.343 seconds (130.319 mph) was the fastest lap of the weekend.  Performance Tech Motorsports’ James French was fastest in Prototype Challenge while Ford Chip Ganassi Racing’s Ryan Briscoe was fastest in GT Le Mans.

In GT Daytona, Porsche factory driver Sven Müller was fastest for Manthey Racing.  Manthey Racing is a German team best known for success at the Nürburgring.  The team has won the 24 Hours Nürburgring overall five times, including four years in a row (2006-2009).  More recently, Manthey Racing has fielded factory Porsche 911 RSR’s in the FIA World Endurance Championship.  After taking 2016 off from running full-time, Manthey Racing is back in the GTE-Pro class full-time this year starting at Silverstone in April.