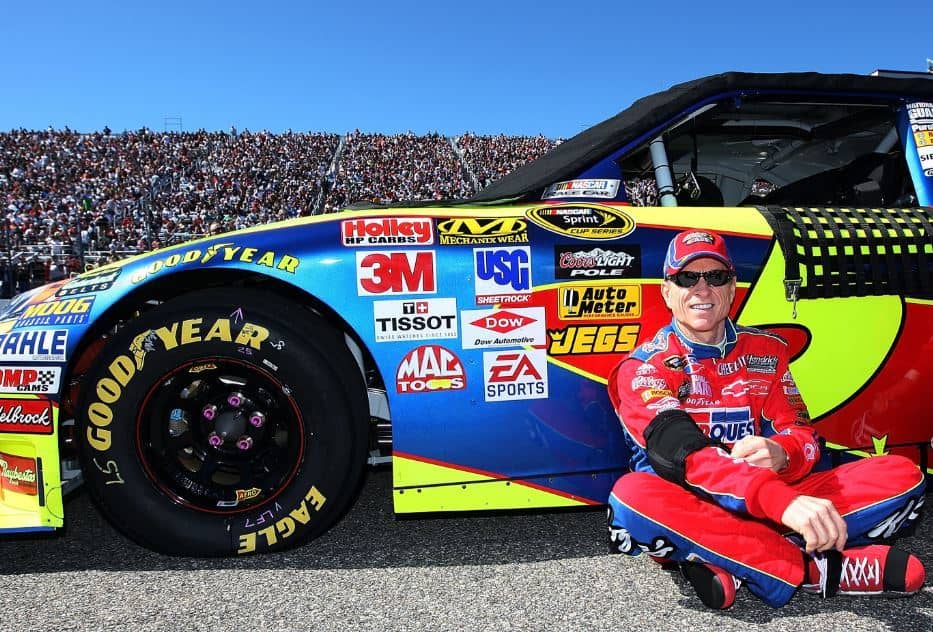 For three men in the NASCAR world, the month of January has been among the best of their lives, as they were inducted into the NASCAR Hall of Fame on Jan. 20.

Mark Martin and Rick Hendrick, who join Richard Childress, Raymond Parks and Benny Parsons in the Hall, are back together as inductees following a successful partnership from 2009 to 2011 in the Monster Energy NASCAR Cup Series.

Winning fives races, seven poles and finishing second in the championship in 2009, Martin went on to grab nine top-5 and 21 top-10 finishes in his final two years in the No. 5 Hendrick Motorsports Chevrolet.

Despite the strong results in this short time, Rick Hendrick says it all could’ve started in 1984, when his All-Star Racing team debuted in the premier series.

With no shortage of race wins and championships in the 33 years since, Hendrick wasn’t shy to aim high in what could have been.

Martin, who didn’t return to full-time Cup Series competition until 1988 with Jack Roush, still struggles to put into words the success he believes could have happened.

“That could’ve been an incredibly different story,” Martin said. “Wow, Rick saying that… I’ve never really thought about it but if we would’ve hooked up in 1984 when he first got started.  We probably wouldn’t have won that first Martinsville race so he probably wouldn’t be in the racing business right now!”

Fortunately for the Arkansas native, it all still worked out. With 35 wins and 41 poles, Martin, at 49 years old, was again recognized by Hendrick for the 2009 season. The five-time championship runner-up, who raced with some of the most successful drivers in 21-century NASCAR with the team, said it was a surreal time in his life.

“What an incredible team,” Martin said. “You just don’t know what it’s like to be teammates with Jimmie Johnson, Jeff Gordon and Dale Earnhardt, Jr. To get to work with Steve Letarte, Chad Knaus, Alan Gustafson… wow.

“Rick got his hands on me, I was 50 years old, way beyond my beat. We just about beat them up [in 2009]. We sat on seven poles, won five races and would’ve been right there for the championship if some fool hadn’t turned me over at Talladega. It was just hard as hell to win that thing when you’re on your roof! Good gosh, what we might have done if we had gotten together 10 years earlier.”

Putting the big “if” to the side, Martin said he appreciates Hendrick’s image and its positive effect on NASCAR history. Notoriously known as a gentleman of the sport, Hendrick always put people first – and that’s what Martin will always remember.

“Rick has a vision and that’s why he’s been so successful,” Martin concluded. “What did I learn from Rick? I learned that you can get so much out of people without asking for it. I just didn’t learn how to do that. Just like Darrell Waltrip said, Rick gives you the tools and he doesn’t ask a whole lot from you. It’s up to you to perform.

“Everybody in [the race team] wants to succeed for Rick, not themselves. And that’s a real talent that I don’t think you can teach. I’ve tried to implement that in my life.”