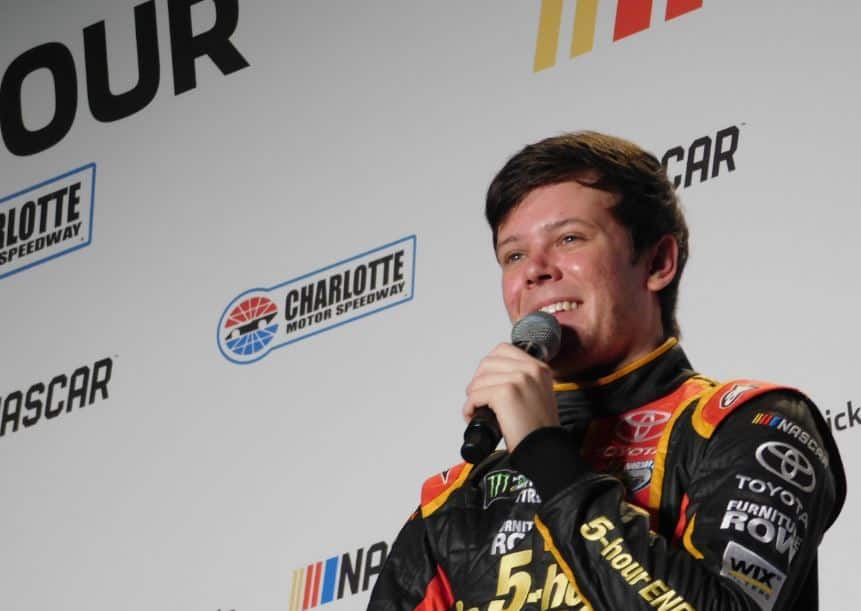 Unlike any other driver competing in the 2017 Monster Energy NASCAR Cup Series season, Erik Jones has had some extra adapting to do in recent years.

Jones, who will now attack the new stage-style championship format in his rookie Cup season with Furniture Row Racing, has had to adjust to two previous formats in his NASCAR career: full-season traditional format in the Camping World Truck Series in 2015 and the Chase Grid championship in the XFINITY Series in 2016.

So far, it has worked out well for the 20-year-old, who won the Truck Series title in 2015 and came down to the wire for the XFINITY title last November before bad luck on the final restart shuffled him out of contention.

2017, with a higher importance of finishing up front from the drop of the flag at Daytona International Speedway in February, will be a whole new beast.

“It is very different,” Jones said. “Growing up, the only points format I knew was the traditional. Now being in the Cup Series, it’s different, but I understand it well enough to know what I need to do. There is a different mentality for each points format I’ve had to adjust to. As a driver, you adapt pretty quickly.”

Blending that with another team change for 2017, the Michigan native is learning at a fast pace.

“I hope I can build a group here with Furniture Row, because I’ve never had that chance anywhere in my career – late models, Trucks, XFINITY – never had to adapt with one group for more than one year,” he said.

Being able to adapt is one ability every driver must conquer in 2017, as the focus now turns more toward the full season rather than just the final 10 races. For Jones, he hopes consistency – and his all-or-nothing racing attitude – will be on his side.

“Last year, all throughout my career, I’ve been a checkers-or-wreckers kind of driver,” Jones said. “The format last I thought played in my hands – and it did up until the Chase started when I realized you had to be consistent. We made it to Homestead, but it’s different this year. You’ll have to get the best possibly finish to rack up those bonus points.”

Jones will have seven-time Cup Series winner Martin Truex, Jr. as a teammate for his rookie campaign. Truex, who is hot off Furniture Row Racing’s best season in 2016, will surely be of great benefit despite the shortage of communication since the team’s announcement last August, said Jones.

“[Truex] and I haven’t had a chance to talk a whole lot in the offseason,” Jones said. “I hadn’t talked to him much before we announced this deal at Watkins Glen. I think that relationship will grow when we get back in the racing mode. I’d love to talk to him more about transitioning into the Cup Series more since he went through the same thing. I think he will be a great teammate and for Furniture Row, it will be beneficial to have two cars at the track.”