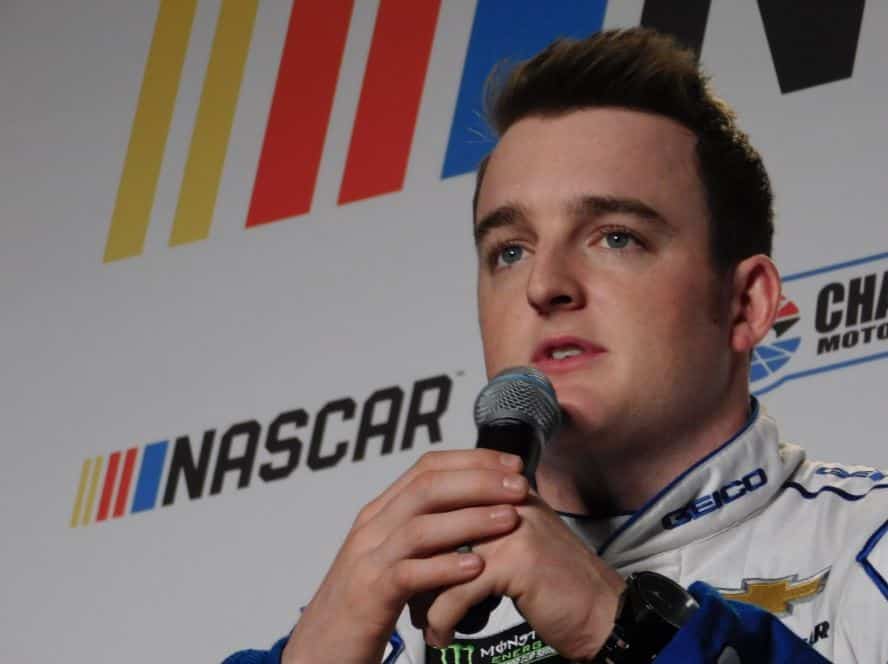 Though Germain Racing has a technical alliance with Richard Childress Racing, the No. 13 team is still a single-car operation.

“I do feel like it will be the best of both worlds,” Dillon said. “We are strongly connected with RCR’s technical alliance. We will have that multi-car feel, but also will be able to separate ourselves as just Germain Racing. It’s nice to have my own identity.”

The 24-year-old, who struggled to find sponsorship to make the move to Cup last year, instead had an extra XFINITY season in the No. 3 Chevrolet in 2016.  Dillon was emotional when the deal with Germain came together in November; otherwise, he was possibly sitting in the same spot for 2017.

“That moment when the deal was done to officially be driving for Germain Racing and have my shot in the Cup Series, it was surreal,” he said. “I remember driving down the road, called my wife and told her that it’s a done deal. I just started bawling over the phone, then I called my mom and bawled.”

Growing up in the racing world, even sharing Victory Lane with Dale Earnhardt in 1998, Dillon appreciates the opportunity to join the elite level of stock car racing.

“My heroes were Cup drivers my whole life,” he said. “Once I got into racing, I knew this was my goal and where I wanted to be. To get a chance to be with the top drivers and chase my dream – I’ve made it but I still have a lot to accomplish.

“Going off what my hero and grandfather said on Friday [during his induction speech into the NASCAR Hall of Fame], he still feels like he hasn’t made it. I won’t be satisfied until I win races and championships.”

With 111 starts in the XFINITY Series, including a win at Indianapolis Motor Speedway in 2014, Dillon will have an opportunity to win some more in 2017, as he will race for RCR in 20 XFINITY races.

“The wins weren’t the way we wanted in XFINITY the past couple years but we also grew as a team,” he said. “We will win XFINITY races this year. I am going to be running 20 races this year – a pretty hefty schedule. I think there are only six [non-standalone] races that I can’t do. We’re not done over on that side either.”

Dillon will arguably be the most experienced rookie in the Cup Series following his multiple seasons in the XFINITY and Truck series alongside multiple Cup starts, battling Erik Jones and Daniel Suarez for the Rookie of the Year award. Though he recognizes the talent of his fellow rookies, he lacks no confidence in beating both in 2017.

“All three of us are similar in how we approach racing,” he said. “We were just doing the rookie seminar together, and we all have an understanding of each other. We all go hard on the track – that’s our driving style. I think it’s going to be an exciting rookie race. I think have put us on the backburner, but I think they’ll be more surprised than they think.

“In my heart, I feel like I’m the best driver. If I didn’t have that kind of confidence, I wouldn’t be driving racecars. I know I’m ready for this opportunity.”

Ty Dillon is such a joke. $ talks again.

Funny he “bawled”. His grandfather owns a cup team, if he didn’t actually think he’d get a shot in cup he’s a moron. His big brother is better than him, and he’s mediocre, so I’m not expecting much out of him. They will probably get far more engineering support from RCR by running him but I don’t think it will make much of a difference he’ll still under-perform Casey Mears in that car.

His own identity? What, has he been racing under an assumed name or something the last 5 years?