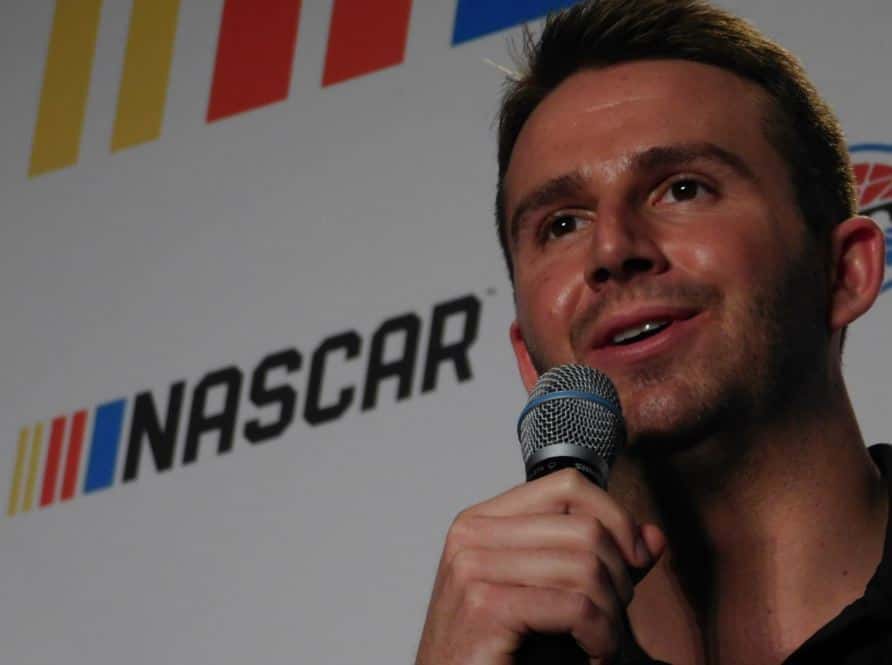 Matt DiBenedetto has quietly become a veteran of the Monster Energy NASCAR Cup Series. Well, in a matter of speaking.

Driving the past two seasons for BK Racing – the Toyota backmarker with whom he placed a best of sixth in 2016 at Bristol Motor Speedway – the 25-year-old enters 2017 with new colors in Go FAS Racing.

“I’m telling everyone that we’re putting ourselves in a position to overachieve,” DiBenedetto said. “A lot of really, really good people, [and] we have some new cars. I’m really looking forward to this year.”

Despite run-of-the-mill preseason optimism, the Ford team owned by Archie St. Hilaire struggled in 2016, finishing better than 30th in only eight of 36 races –  compared to DiBenedetto’s 14 with BK Racing.

As a result, much of the NASCAR world, with numbers to back their concerns, have questioned the California native’s decision to move to Go FAS, and DiBenedetto has taken notice.

“In all honesty, I’ve gotten a lot of mixed reactions for my move,” he said. “Deciding to leave BK Racing and move onto the opportunity at Go FAS, it’s not what everybody – some folks are like, ‘Oh, they haven’t run well the past few years.’ I got a lot of backlash from it.”

Still, DiBenedetto is fully confident in the move, and that he “would not have done it if I didn’t feel absolutely positive it was a step forward.”

“What I saw was an opportunity to go to a team and bring my ability and all the people that surround me to turn this team around,” he said. “They told me they are completely dedicated to running very competitive this year.

“If we can take that and run significantly better than they have, that will reflect on all of us. They are completely dedicated to turning that program around and running competitive. They really have invested a ton into it.”

Leasing a charter from Richard Petty Motorsports for 2017, team owner St. Hilaire is determined to succeed with a single-driver team, leaving the days of eight or more drivers per season behind him.

“Archie is one of the most honest guys I know,” he said. “He keeps his word on everything he says and I’ve know that characteristic of him for years. He told me, ‘Hey, we need to run competitively.’ That’s what I was really excited about.”

To join an ambitious team owner, Go FAS has also compiled a familiar team for DiBenedetto, who will have his crew chief Gene Nead and spotter David Pepper from BK returning for 2017.

Another conventional face for DiBenedetto will be friend and fellow racer Ryan Ellis, who will fulfill public relations duties for the No. 32.

“This has been a joke for years, which is the funniest part,” DiBenedetto said. “I tell [Ellis] all the time, ‘You’re one of my best friends and I hope driving works out for you.’ But then I say, ‘Hey, PR Ryan!’ Because he would always do everything for me and worked with people.”

Way to go Matt. Definitely a move in right direction. Good luck and right foot down just like you did at Bristol years ago to win with us.