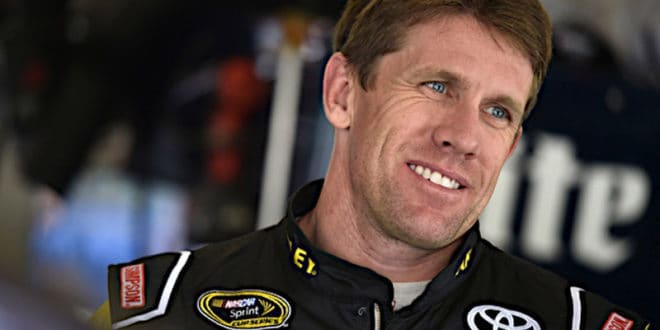 Friday Faceoff: How About All These Changes?

NASCAR issued several changes to race formats Monday. What was your instant reaction to the changes?

Clayton Caldwell, Contributor: I really like the new points format. I like how bonus points carry throughout the Chase — whoops, I mean playoffs — and that you actually get something for running well in the first two stages of the race. I wish we could have thought of this without caution flags, but that’s the way it goes, I guess. I think the TV networks pushed hard for the natural cautions and they were coming no matter what. I’m just glad they reward you for running well in the first two stages.

Vito Pugliese, Senior Writer: My initial reaction was one similar to what I saw voiced by some on social media: pitchforks and torches, clenched fists, gnashing of teeth, sack cloth and ashes… you know, the typical reaction I have to anything that is remotely different than that to which I have become accustomed. While I am not super enthusiastic about everything that is changing, I do see the value in trying to spice up the early stages of races. The argument against segmenting is that it takes away the endurance part of the strategy equation away, but this isn’t the late 1980s; blown engines are a pretty rare thing these days, and there isn’t much saving an engine with the gear rules that are also in place to limit RPM. So, I’ll take a wait-and-see approach to this one and give it a fair shot. You can say it sucks all you want if you don’t like it, but that doesn’t change the fact it’s the format we’re working with for the next 36 weekends.

Amy Henderson, Senior Editor: I’ll be the first to admit I was prepared to hate every part of the changes. But I don’t, and that sort of shocked me. I hate that the caution flags count, but I think it will have a minimal impact on individual races other than a couple of scheduled cautions.  I also think it sounds more confusing than it really is.  NASCAR made sure to have officials available to the media afterward for questions, and Jeff Burton also came and talked with us individually and clarified things.  I can honestly say afterward that it’s not that hard to understand once you break it down, and by a few races in, we’ll all be fine on that front.

Kevin Rutherford, Managing Editor: I was iffy. While I prefer to approach most changes with a sense of optimism, the idea of a race being broken up into stages regardless of anything else — two built-in, unavoidable pauses — goes against what I enjoy about racing to begin with: getting from point A to point B as fast as one can. That extends not only to auto racing but also some of my other favorite sports, including swimming and track and field. It’s a shock to the system with which you’ve been so familiar for so many years.

How will the rules changes affect what fans see on track, both watching individual races and over the course of the season?

John Douglas, Contributor: Well, the fact that each segment’s yellow-flag laps during the breaks will count toward the lap total is less than stellar. We now have guaranteed laps in a race that a ticket-buying fan is paying for to watch yellow-flag laps, not green-flag laps. That, coupled with the guarantee of never having a caution-free race in NASCAR again, doesn’t sound like a great recipe for hardcore race fans to swallow. If the beginning and middle of a race become more exciting, that’s great. But I’ve found racers drive just as hard for a halfway money bonus as they will for points.

Henderson: I’ve said all along that the impact on how fans watch races is minimal.  A couple of extra cautions is what it boils down to.  There will be more strategy to keep track of, especially as teams figure out how to best use those cautions — who will short-pit and then stay out for better track position later, and who will go for the segment win and take their chances on pit road? The regular season now counts a lot more, and that’s great.  If anything, the change they didn’t make — tossing out the one-race championship — is the one with which fans will be most unhappy.

Davey Segal, Contributor: The rules changes will alter how drivers approach a race in its entirety. Instead of hanging back for 300 of the 400 laps, drivers will be forced to push hard in order to gain points in the segments, and perhaps playoff points. The latter half of the event will be unchanged, besides the fact that there will be less laps in order to win the race — meaning that tighter quarters, closer racing, hotter tempers and more risk will happen. And for fans of the sport, I don’t see how you dislike that.

Caldwell: At the races, it will be interesting. How long are the caution breaks going to be? Are we going to be watching cars go around the track for 10 laps? That’s kind of hard for fans to understand and not get annoyed. How will it change strategically? Will fans get confused by the amount of pit stops? It’s going to be a wait-and-see type of thing. It completely changes how this sport operates.

What will the long-term impact of the changes be for the sport as a whole?  Will they affect viewership?  Are they something we’ll still see in place a decade from now?

Douglas: These changes long-term set a precedent in the sport that now, anything is subject to being adjusted at anytime. This is why we saw some worry over the loss of the Cup moniker leading up to the official name announcement with Monster Energy. It’s beginning to look less and less like the Cup Series racing of old. I do think some of these things we see now will still be around in 10 years, and that may be the very problem we’re dealing with in 10 years’ time.

Rutherford: It’s going to affect viewership for sure, though that’ll be more of a thing to pay attention to in a long-tail sense. The game NASCAR’s playing here appears to have in mind some short-term gains, but it could be a year or two before it’s obvious if this kind of change really works in terms of bringing in new blood. Despite my initial concern, the more I think about it, it doesn’t seem like a terrible idea, something that could inject excitement into the sport that will hold existing fans’ attentions while drawing in new folks, too. Not feeling too confident about it sticking around in its current form in a decade, though, given NASCAR’s recent track record.

Caldwell: I just don’t know. I love long green-flag runs, and those are now dead because of this rule. I don’t think we will see too much tire falloff, especially early in the event, because teams will probably short-pit a lot — which, again, will create a lot of pit stops. Is that the type of racing fans will want to see? I don’t think so. But could Goodyear eventually create a tire that gives up a lot so we see tire falloff?

Pugliese: My hope is that one day, we’ll come full circle and go back to the Latford system, with a larger bonus for winning and a couple of points for winning qualifying based on the effort required of running several laps rather than just one quick time. It provides a new angle to write about and for the sports gambling angle of things, but I’m unsure how these changes will affect viewership. I’ve heard the argument made that we can’t have people nodding off during the race, then waking up for the end of it. Well, I’ve been passing out before halfway since 1992 and welcome the three hours of napping and entertainment. Not everything needs to be perpetual stimulus or manic emotional exercise. Baseball and golf are in the same vein, and even football when both teams decide to establish the run. Long-term, though I don’t feel this fix will be in place 10 years from now.

Between Tony Stewart’s planned retirement and Carl Edwards’ last-minute shocker decision to step away, two large fan bases are impacted by not having their favorites around.  Given the timing of other changes in the sport, could their departures be a potential problem for NASCAR?

Henderson: I don’t think that the departures alone will have a huge impact in terms of numbers, but on the heels of NASCAR’s rules change, some of those fans may hang ‘em up with their drivers.  We ran a Twitter poll on this earlier this week, and 25 percent of fans said their driver won’t be racing in 2017. Half of those fans said they won’t watch.  Now, that’s a small sample, but 12 percent of fans considering walking away isn’t good.  I think not having their guy in a race will affect some fans’ overall enjoyment of the races unless or until they choose someone else.

Segal: Why not look at the glass half full instead of half empty? With young guns in the sport such as Chase Elliott, Ryan Blaney, Erik Jones and more, new fans still have people to cheer for. Though nobody can replace a fan’s favorite driver, they can still enjoy the sport without him or her. Yes, some people are fans of drivers, not the sport. If that is the case, they’ll leave and never come back. But if they’re fans of the sport of stock car racing, they have much to be excited about. From Monster Energy, to the new format, to the young drivers coming in, to Jimmie Johnson going for eight, the list goes on and on and on.

Rutherford: If fans of Tony Stewart and Carl Edwards want to still follow the sport, they’re going to regardless of their drivers leaving. If they’ve been on their way out anyway, biding their time until their favorite departed, nothing that’s occurred in the past few years is going to keep them. That’s the way I see it; the folks who quit watching have probably been looking for reasons to get out of the game anyway. These retirements are just a good, tangible reason for that to occur.

Pugliese: The net impact will be next to nothing. No offense to either of these men, who are modern-day legends, but the sport went on when both Richard Petty and Dale Earnhardt were no longer competing and peaked years after they ran their last races. What is concerning is that there is no longer a senior figure or elder statesman left in the sport. You’ve got a few guys in their 40s defying time, and a slew of drivers in their mid- to late-30s, with some great younger talent being developed. As drivers continue to retire earlier, the days of the old guard when guys would race into their 50s are probably a thing of the past. College football teams maintain a fan base when the face of the institution changes every few years; NASCAR may soon be heading to a similar reconstituted fan base every five to 10 years or so.