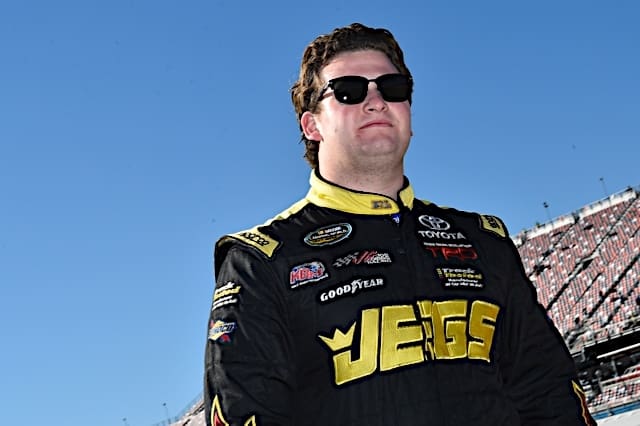 Add Cody Coughlin to the list of new full-time drivers in the Camping World Truck Series.

ThorSport Racing, which fielded rides for Matt Crafton, Cameron Hayley, Ben Rhodes and Rico Abreu last season, announced Monday that the 21-year-old has joined the organization for the 2017 season. Led by Michael Shelton, who most recently served as crew chief for John Wes Townley, will pilot the No. 13 JEGS / RIDE TV Toyota in the Rookie of the Year battle.

“ThorSport Racing is a great team, one I’ve always admired at the race track,” Coughlin said in a team release. “Their professionalism, the speed they display, and their record, speaks for itself. Considering the team and I are both based in Ohio, it makes for a great fit, and I’m proud to be part of this championship-caliber organization.

“Matt Crafton and I became good friends last year,” he continued. “His insight and help with driving these Toyota Tundra’s at all of the different tracks has been a valuable asset, and to be his teammate this year, takes it to the next level.”

Jeffrey Earnhardt is in the 33 for Daytona. Another possible winner.

Phoenix Speedway renovations include moving the start/finish line midway between what used to be turn two. Must be another of Brian’s ideas.

Cayuga Speedway is back.