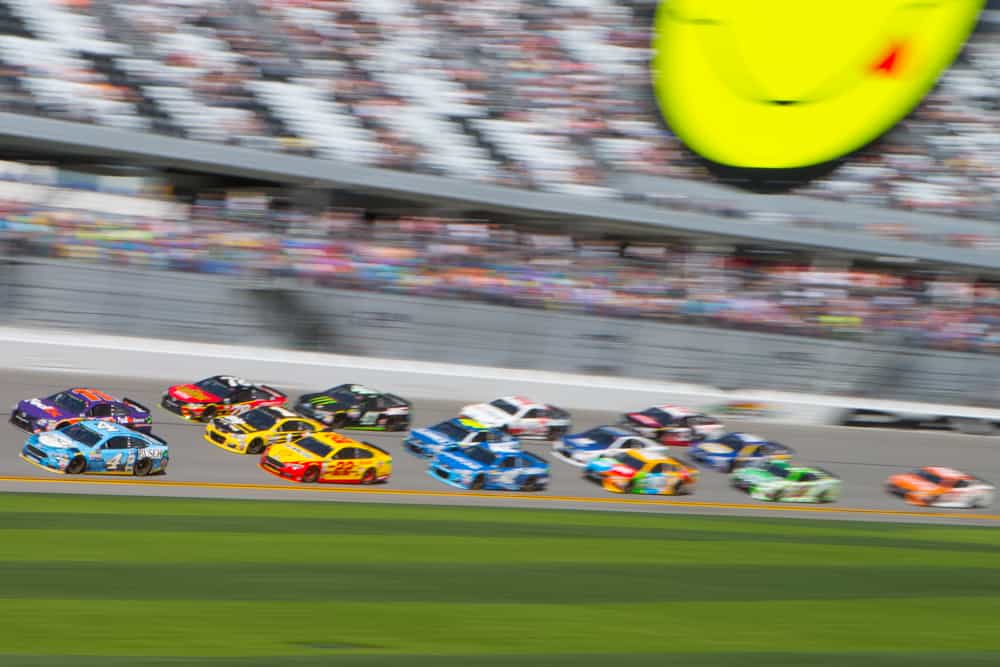 There is an old adage that states “the only constant in life is change.” It’s a quote widely attributed to Heraclitus, a Greek philosopher who lived five hundred years before the birth of Jesus — 535 BC to 475 BC, if you want the exact numbers. And despite the quote being several thousand years old, it couldn’t be more apropos for NASCAR as we head into the 2017 season.

Not only do we have a new title sponsor for the first time since 2004, we have new rules (yet again) with championship-paying points awarded mid-race; they come paired with new race formats. There are refined engine and body packages and, of course, a sprinkling of new and fresh faces behind the wheel. It’s a lot to take in and leaves many (including myself) wondering just exactly how this next season will play out.

When NASCAR ran the numbers for last season with the new rules, Jimmie Johnson still got it done but I also wonder how much further back they went in their analysis of the revised scoring procedure. Truth is, however far they went, it’s not an exact science. So how all these changes play out over a 10-month, 36-race slate is, to put it bluntly, anyone’s guess. The general response from the drivers has been positive so before we jump to criticism, let’s see how it all plays out. And after three months of winter, the 500 itself — the Great American Race — is enough to warm anyone’s racing heart.

Just when it looked like NASCAR wasn’t going to find a title sponsor, up popped Monster Energy right in the nick of time. Financially, the sport could easily have weathered the blow – there are still eight more years to run on the four-billion-dollar TV deal. But from a PR perspective, it would have been an embarrassing hit, especially since Sprint’s departure had been known for a while. While the actual terms of the new contract are undisclosed, the deal appears to be for two years at something in the region of 20 million a year, with an option to extend for two more. Activation would be in addition to that figure.

Whichever way you slice it, it’s a far cry from the sort of money Sprint ponied up and significantly less than the sport’s governing body would have expected once the giant telecoms company expressed interest in an exit. Monster’s charge, then is clear: bring millennials into the sport to bolster the rapidly aging fan base. So it will be fascinating to see the approach they take starting this weekend at Daytona. For me, it’s all about getting folks out to a race, not just plopping them in front of a television. If you go to a race and you don’t enjoy it, no harm no foul – NASCAR is not for you. But if you go and you like/love the experience, as most people do, you’re hooked from that point on.

Digital activation for Monster is also key. With the proliferation of ways to view content across mobile apps and social media, it’s never been easier to give folks what they want. The company’s connection to Millennials through other avenues show they’re capable of creating a strategy that works.

The pairing might not have been the match the powers that be expected. But I, for one am optimistic that a fresh face at the helm of NASCAR marketing can bring some genuine change, positivity and, if nothing else, some good fun.

THREE: Earnhardt’s Past, Present, and Future

One of the best NASCAR articles I’ve read in quite some time was published in ESPN the Magazine last week. The subject of the piece was the sport’s fourteen-time most popular driver, Dale Earnhardt, Jr., and the story explained his recovery from the concussion he sustained that caused him to miss the entire second half of the season.

It’s part of a story that was also told to the ESPN’s Marty Smith last weekend in a two-part SportsCenter series – an interview Smith described in a Tweet as “emotional.”

Look forward to everyone seeing Part 1 of our emotional conversation with Dale Jr and Amy Earnhardt, @SportsCenter around 1025a ET.

A quick side note here: there are few journalists I enjoy more than the elegantly coiffured Smith. He’s a true storyteller and I’m glad he weaves his yarns for NASCAR.

Back to my main point, though. I’m just glad to see Earnhardt happy, healthy and raring to go in 2017. At 42 years old, with 18 years and 595 Cup races under his belt, the sands of his top-echelon career are fast draining. Yet you sense the man still has plenty more to give before he hangs up his skeleton motif gloves once and for all. Perhaps, just perhaps, that story begins anew this Sunday afternoon with his third Daytona 500 victory. It would work wonders in helping him make decisions on a new long-term contract with Hendrick Motorsports moving forward.

In case you haven’t noticed, I cannot wait for the 59th running of the Great American Race this Sunday afternoon, not the least of which because I’m fortunate to be attending in person. And, in this case, “cannot wait” is a simple euphemism for, I’m not ashamed to admit: “counting the sleeps geeked”. It’s just the second time I’ve been to the sport’s marquee race; the first was in 2008, the 50th running, won by Ryan Newman. Two friends and I had drove from Manhattan to Daytona on an epic five-day journey – in the true spirit of the great American road trip. It was driving 2,500 miles to watch 500 miles of racing, as we liked to say. Not that I knew it at the time but celebrating with Newman in Victory Lane that day was a gentleman I’d become good friends with in the intervening years.

As I mentioned above, nothing beats going to a race in person and there’s nothing quite like the Daytona 500. Roll on, Sunday.

Finally, I can’t sign off the first column of my tenth full year writing about NASCAR without a quick word on Carl Edwards. Back in 2005, in my first commercial production working in NASCAR, we shot an ad featuring Edwards and Mark Martin called Flip. You can see that here:

I got some time that day to speak to Edwards, who was then coming off a stellar 2004 rookie season. He was a pleasure to work with and unfailingly polite, a theme that continued throughout his fine career.

All told in 2005, Carl won four times with 13 top fives and 18 top 10s, finishing third (and level on points with second place Greg Biffle) behind champion Tony Stewart. And, in an unfortunate act of symmetry, Edwards’ last full season of 2016 also ended with a near miss for the title – this time in truly agonizing fashion.

The Missouri native was class personified that warm afternoon in Miami, swiftly visiting Joey Logano’s pit box to apologize for his actions in the waning laps of the title-deciding race. With media hits like his ESPN The Body Issue Cover and a general approach to health and fitness, Edwards was a NASCAR crossover star and an excellent race car driver. His 28 wins, 124 top fives and 220 top 10s in 445 races attest to that as Edwards will one day be in the discussion, at least for the Hall of Fame.

Carl will be missed, but something tells me I’m sure we’ll be seeing him again soon.

Not to be picky but you and your friends either “drove” from Manhatten or “had driven”. It’s not “had drove” as that is just poor grammar. I am also not really sure what item four has to do with the title of your article and the avalanche of change. This is maybe instead of being geeked up about the 500. Maybe would have been a good spot to note the rules change about race segments and the potential affect on the 500.

The only change worth talking about would be getting rid of Brian (France).