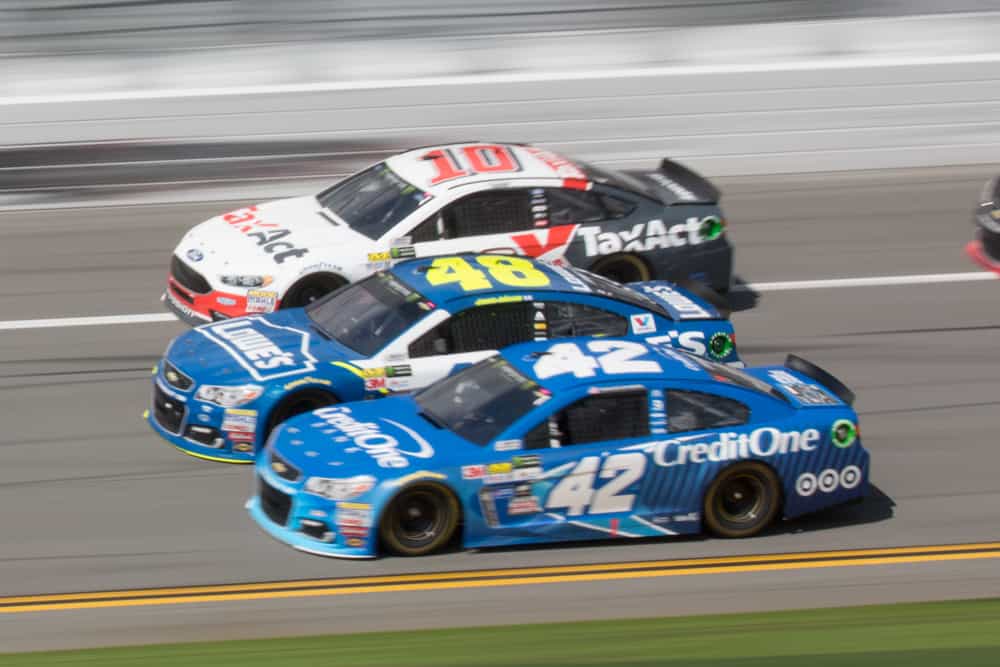 It’s true NASCAR has the shortest offseason of any major sport. But really, why does it seem like forever between the season finale at Homestead and the start of Daytona Speedweeks? It’s just 90 days, far shorter than the end of the Super Bowl and the start of NFL Training Camps midsummer.

For me, the answer is simple. It’s because NASCAR fans love their racing, bringing a type of passion and loyalty to their sport we rarely see elsewhere. Even if they don’t agree with all the moves officials make during an offseason, or are surprised/disappointed with driver movement, they’re still eager to sit in the stands every Sunday.

Millions are now ready to gear up for the 2017 NASCAR season, and so am I. Here’s the first shot of Who’s Hot and Who’s Not in the NASCAR world, previewing what we’re likely to see over the next nine months.

HOT
You never get a second chance to make a first impression; the Fords with Stewart-Haas Racing on board now certainly didn’t miss that opportunity. They were fast off the truck, strong in Daytona practice and then had Brad Keselowski and Joey Logano put on a show in the Clash. They were able to make up ground in the closing laps, breaking up the Joe Gibbs Racing pack and flexing muscle that’s needed in order to overcome those formidable Toyota rivals at Daytona.

NOT
Fans knew well in advance of this season that Tony Stewart would not be driving in NASCAR this year. But there was plenty of time to prepare for his departure, going through the grieving process while his fans refocused on finding someone new. Losing Carl Edwards and even longtime Roush driver Greg Biffle caught a lot of other disappointed fans off guard. Sure, there is a new generation on the rise in NASCAR (more on that in a minute), but it just feels a bit odd not to see some of those veterans battling alongside them.

HOT
If one of those retirements, or non-returners, leaves you looking for a new favorite, the good news is there is plenty to choose from. The strong rookie class includes Ty Dillon, Daniel Suarez and Erik Jones, paired with more established young drivers such as Chase Elliott, Ryan Blaney, Austin Dillon and Kyle Larson. They represent all three manufacturers, some of the sport’s classic teams and a diverse blend of driving styles.

No one can tell for sure what the future holds for these guys. Odds are, though they will each be around NASCAR for several years to come. As is the case when noted veterans retire or leave, there is always a group of talented athletes ready to ride up behind them and make their mark.

NOT
It’s one of those odd sort of coincidences, but seven-time champ Jimmie Johnson has run like a chump at Daytona as of late. Johnson and his crew couldn’t figure out the handling on his No. 48 for the Clash; he wound up wrecking not once, but twice and pulled a DNF for the sixth straight time in the exhibition race.

Hendrick Motorsports recovered well, putting two cars on the front row so conventional wisdom says Johnson is fine. Still, it will be interesting to see what adjustments they’ll make in order to perform better in Thursday night’s points-paying Duel.

HOT
It’s always good to have Dale Earnhardt, Jr. back on track. He missed a big chunk of last season, missing the final 18 races due to concussion symptoms. The 500 on Sunday will be his first race since deciding to sit out after the Kentucky race last year. While Junior has indicated he wants to continue to race, hoping to sign one more long-term deal with Rick Hendrick the other part of the equation showed itself at the Clash.  He is excellent in the TV booth, flexing his muscle for FOX and it just seems like a natural move into broadcasting whenever the driving portion of his career comes to an end.

NOT
Kurt Busch was just in the wrong place at the wrong time when a crash ended his Clash hopes Sunday afternoon. But later in the day for qualifying, he was just 22nd fastest, far from where the former champion wants to be. It will be interesting to see how Busch, one of the most talented drivers yet to win the 500 can bounce back during the rest of Speedweeks.

Predictions
As you probably know, restrictor plate races are among the most unpredictable in NASCAR. However, Brad Keselowski’s recent history and the moves he was able to make in the Clash have me picking him as the Daytona 500 winner this week. The deep sleeper underdog who you might or might not think about? Danica Patrick. Sure, it would be historic for her to win, but she did manage to stay out of trouble in the Clash to come home a surprising fourth. Maybe that’s a sign of better things to come for her.