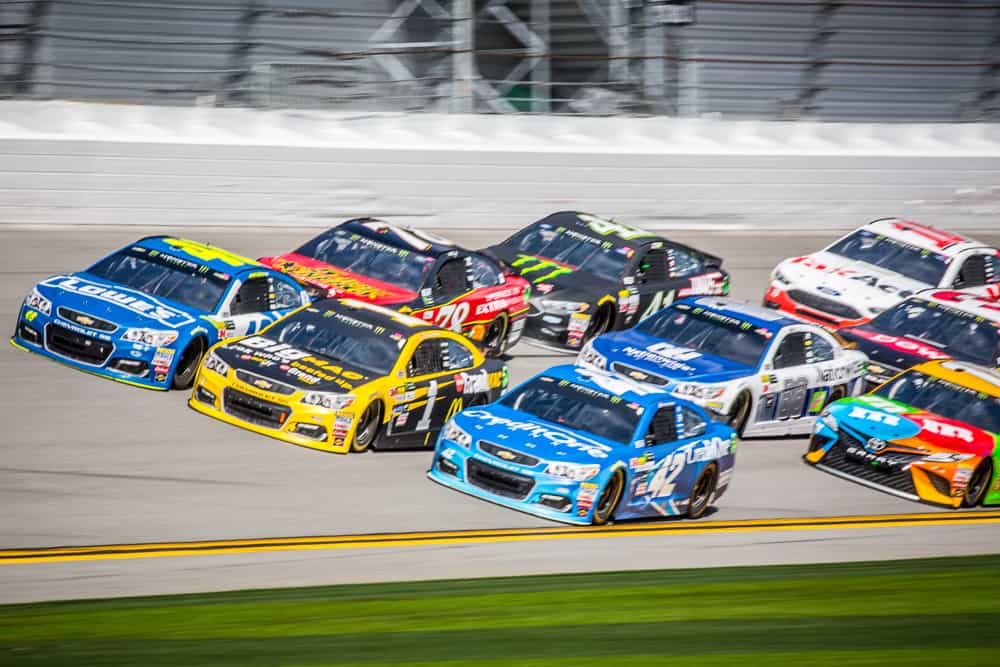 The Daytona 500 should definitely be a race run without segments. But not the only one.

NASCAR is a sport built on tradition, heritage and sticking to its roots. In light of all the changes for this upcoming season, be it Monster Energy, the new lower downforce package, competition enhancements, drivers retiring/stepping away, etc., that can get lost in the shuffle, and rightly so. But we can’t forget our roots, and that starts with the granddaddy of them all, the Daytona 500, and leads to some other races on the schedule as well.

The Southern 500 and Coca-Cola 600 come to mind. Those are two races that, along with the 500, have been a staple of American motorsports for as long as many can remember. I’m 20 years old, and my father still tells me stories about how the World 600 and Southern 500 were days that almost every American marked on their calendar. Now they’re just plain old races. NASCAR should do something to give these three races some significance for the fans.

Having these races stand alone, without segments, would do that. It would make the traditional fans happy, give the casual fans a reason past “the usual race this weekend” to tune in, and make headlines in national media, which is a good thing.

The overwhelming opinion in the garage from drivers, teams, owners, etc. would be positive as well. Dale Earnhardt Jr., the sport’s most popular driver for over a decade, was very outspoken about NASCAR changing the name of the preseason exhibition race back to the Clash, and is on record calling the 600-mile race the World 600. He is also a huge fan of history, especially concerning NASCAR. And if Earnhardt is happy, 75 percent of NASCAR fans are happy.

We have yet to see how these new competition enhancements will play out on the racetrack. But regardless of whether or not they enhance the product, decrease the quality or no change is made, making three of the 36 races during the NASCAR season more of a traditional setup will create a better aura around the sport.

For example: take a look at what Darlington Raceway has done with the Southern 500. They still have the marketing aspect with Bojangles as the title sponsor of the race, but they have made each weekend there, once a year, a true event. It has been deemed the official throwback weekend of NASCAR. Teams go all out with retro paint schemes, uniforms, even facial hair (just ask Aric Almirola).

But you get my point. NASCAR needs new viewers and fans to come into the sport while also holding onto its longtime, hardcore fans. By making these three races non-segmented, you bring in new eyes and ears, keep the old eyes and ears happy, keep tradition and everyone lives happily ever after.

If it ain’t broke, don’t fix it. The Daytona 500, Coca-Cola 600 and Southern 500 aren’t broke, so to speak, but they do need a little tweaking. But not as much as the other 33 races that make up the Monster Energy NASCAR Cup Series schedule. Keep them as is, keep the tradition, keep the pedigree of those three races. Davey Segal

This format is the new standard. Teams are well aware of the changes and have had a chance to adapt their plan for the race. True, they will face different challenges than competitors did in the past, but it’s still the Daytona 500. Each and every one of the 40 starters will be in their best car after hundreds of hours of work by team engineers, strategists and other crew members. To win, a driver must still beat the best at their best.
The race itself hasn’t really changed all that much. It’s still 500 miles. It’s still 200 laps. There are what amounts to two competition cautions planned that will result in some drivers earning points during the race as well as at the conclusion. We have seen drastic changes to the points format several times since the inaugural 500. So if those changes didn’t take away from the historical value of winning, why would this one?
We have seen drastic changes to the points format several times since the inaugural 500. For example, when the first Daytona 500 was run in 1959, points varied from race to race based on the size of the prize money purse. In 1968, the system was changed to award points based on the length of the race. As a 500-mile event, it paid more points to the winner than most other races at the time. In 1975, NASCAR began a standardized system of 175 points for the winner at each event. Later, in 2007, a victory meant a bonus point for the recently implemented Chase. Then in 2014, victory at Daytona essentially guaranteed a driver one of the slots in the Chase. So if none of those changes took away from the historical value of winning, why would this one?
Each year, the men and women on the Daytona 500 championship team overcome significant obstacles for the right to shower the Harley J Earl trophy with confetti and assorted beverages. Implying that the feat is less significant simply because of a couple scheduled point-awarding caution flags is a great disservice the people who dedicate months to chasing the sport’s greatest single-day prize. Frank Velat