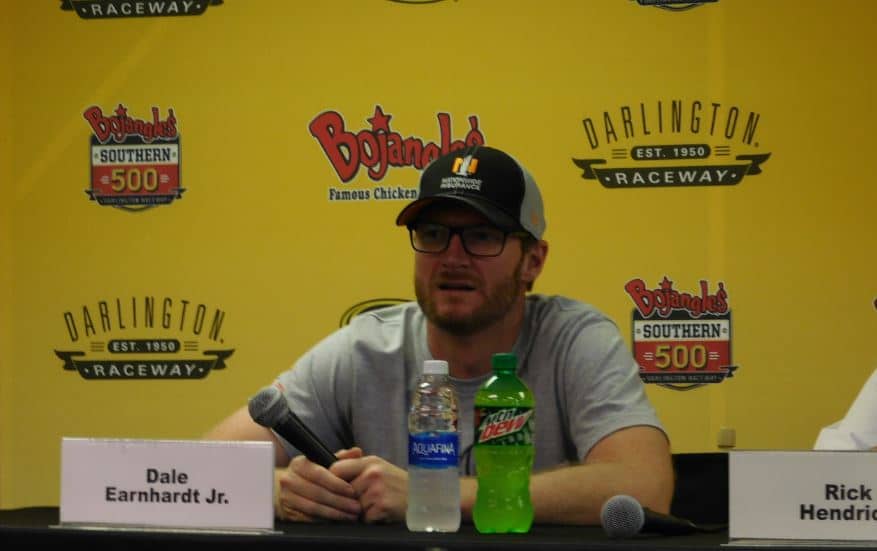 If Dale Earnhardt Jr. happened to be the 2017 Monster Energy NASCAR Cup Series champion, you might not see him much in the series after that.

During Wednesday’s NASCAR Media Day at Daytona International Speedway, Earnhardt was asked during his formal interview session if he had considered his future after a possible championship. In his words? He would “be outta here.”

Speaking later with NASCAR.com, Earnhardt said he didn’t think such a decision should come as much of a shock. “Peyton Manning, he went out on top,” he said. “It would be a good story.”

Earnhardt’s career has seen many highs and lows. With 595 Monster Energy NASCAR Cup Series starts, 26 wins, two Daytona 500 championships and 198 top-five finishes, there is really only one thing left for him to accomplish: a title.

Earnhardt’s chase for that title begins this Sunday with the 59th running of the Daytona 500, live on FOX at 2 p.m. ET.

Well, the good thing is he won’t be retiring anytime soon.