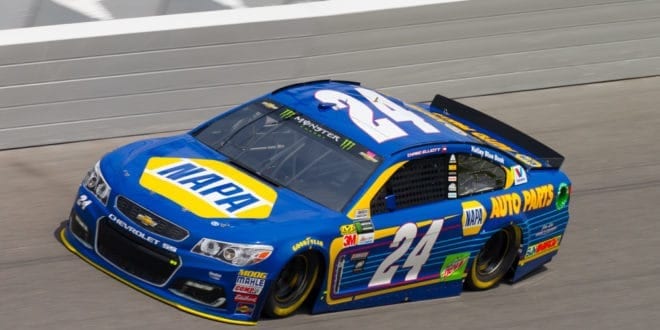 Did You Notice? … Whether Change Can Keep NASCAR Afloat?

Did You Notice? … Just a NASCAR change or two has descended upon us since we last came together? Since November, the sport has taken on a new title sponsor in Monster Energy, adopted a flurry of new rules designed to spice up competition, and split with tradition by chopping even the Daytona 500 into three segments. It’s like if someone renovated your local mall by keeping the ice cream parlor in the corner while tearing the whole rest of the building down.

Lost among the mass reconstruction (or self-destruction, depending on how the next nine months turn out) has been a massive shift in who’s in the driver’s seat. One of the quietest Silly Seasons in recent memory got very juicy in January when Carl Edwards shocked NASCAR Nation by announcing his early retirement. Add in the planned exodus of Tony Stewart, Jeff Gordon, and Bobby Labonte, paired with the somewhat unplanned departure of Greg Biffle and you’ve got a lot of big shoes to fill.

Sure, in the case of Labonte you had a driver who had already faded away, past his prime and running a limited schedule of plate races for an underfunded team. But add in his stats with the four men who still made their mark in NASCAR last season and you’ve got a hefty transition of star power away from the sport.

Those numbers are staggering, a quality Hall of Fame class all its own one day. And keep in mind we haven’t even put Dale Earnhardt, Jr., a driver whose health is still very much in question on the list. Whether NASCAR’s Most Popular Driver chooses to extend his career beyond 2017 will be a storyline for much of the season’s first half.

These drivers, besides the experience they brought to the table also brought massive popularity. Some feel the large decline in NASCAR ratings last season was hastened by Gordon’s retirement from full-time competition (he came back, of course, to sub for an ailing Earnhardt midyear). Stewart, despite his struggles over the past few seasons had a passionate fan base that will now be looking for new blood to follow. Like with Gordon, there are few options available to match their man’s unique personality.

And Edwards? He was the opposite, NASCAR’s “nice guy” undergoing a renaissance in relevance before an abrupt departure just two months from a near-miss championship. His fans are still trying to pick up the pieces while NASCAR hopes replacement Daniel Suarez attracts the type of diverse following Juan Pablo Montoya was never able to maintain in the sport. (How quickly, you might have noticed ARRIS re-signed their contract after Suarez was moved to Cup.…)

Suarez, part of a strong rookie class that includes XFINITY stars Ty Dillon and Erik Jones will be part of a transition toward the next generation. Last season, the sport saw four drivers make their first postseason appearance (Chris Buescher, Austin Dillon, Chase Elliott, and Kyle Larson) as the youth movement took a step forward. However, it’s hard to get popular when you’re not winning or battling for a series title and none of that quartet was able to break through to NASCAR’s Round of 8.

Their success, in whatever form it takes, will be the storyline to watch in NASCAR’s attempted recovery. You can talk about Monster, you can hope for enhanced competition, but the sport at its core has always been driven by personalities. You had Richard Petty versus David Pearson in the 1970s, Dale Earnhardt versus Tim Richmond in the 1980s, Dale Earnhardt versus Jeff Gordon in the 1990s, and Tony Stewart versus whomever was the source of his wrath a decade ago.

With that in mind, can the younger Elliott develop not just into a winner but into a guy people want to follow off the racetrack? Can Ryan Blaney become the next Matt Kenseth while winning fans over despite a quiet, unassuming personality? Sports are a business, after all, and these drivers have to find their way to the front while becoming widely likable – and marketable – to a fan base that’s already struggling to stomach major changes.

The youth are off to a running start, at least with Elliott taking the pole for the 500 over Earnhardt. Suarez could be a darkhorse in his Duel tomorrow night with the way Toyota and Joe Gibbs Racing has run here the past few years. Can the momentum carry through to the Great American Race?

Did You Notice?… Hendrick’s house of horrors at Daytona? A track it once dominated, this superspeedway has suddenly left the four-car team a shell of its former self. Despite Sunday’s front-row sweep, its Clash performance was terrible; Jimmie Johnson crashed twice, Elliott was nowhere near the front and the one consistent performer, Alex Bowman won’t even be competing in the 500.

Last season, HMS went without a top 10 at both Daytona races for the first time in its 32-year history. The cars were always a step behind in the draft, just like Sunday as the Fords of Team Penske and the Toyotas of JGR flexed major muscle. Johnson, despite being the reigning Cup champ has looked more like the snakebit version of last summer than a two-time 500 winner.

Clearly, HMS has a strong history of turning these tough times around. Earnhardt may very well master the draft and win his Duel tomorrow night. But their notable stumbles have opened up opportunities for guys like Brad Keselowski and Kyle Busch, looking to earn Daytona glory all their own.

The author of Bowles-Eye View (Mondays) and Did You Notice? (Wednesdays) Tom spends his time overseeing Frontstretch’s 30 staff members as its majority owner. Based in Philadelphia, Bowles is a two-time Emmy winner in NASCAR television and has worked in racing production with FOX, TNT, and ESPN while appearing on-air for SIRIUS XM Radio and FOX Sports 1's former show, the Crowd Goes Wild.
@NASCARBowles
Previous The 10: Best Active NASCAR Drivers Without A Daytona 500 Win
Next James Davison Returns to TRG in Pirelli World Challenge 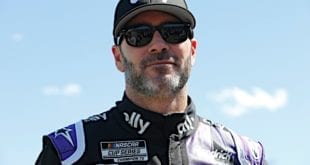