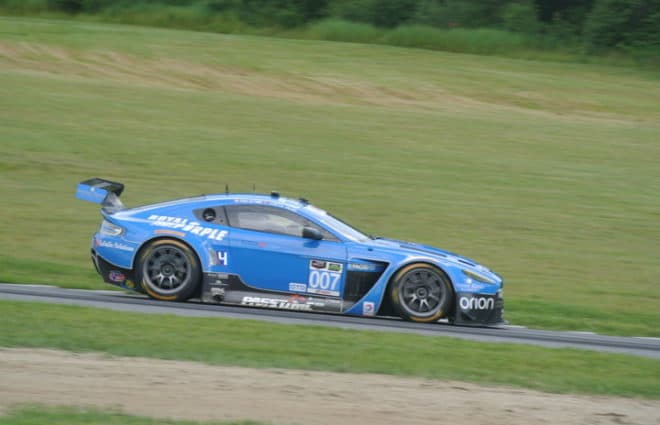 On Tuesday, The Racers Group (TRG) announced that they will be returning to Pirelli World Challenge’s GT class on a race-to-race basis.  The team has tapped James Davison to drive a Aston Martin Vantage GT3 starting at the season opener next month in St. Petersburg.  The effort will not affect TRG’s existing Porsche effort in the IMSA WeatherTech SportsCar Championship.  However, LaSalle Solutions and RideCentral, companies that sponsor the team’s Porsche effort, will be onboard the Aston Martin as sponsors.  With only one race the same weekend as an IMSA weekend (both series race in Long Beach), it is unclear how many events that the team will ultimately attempt.

Davison is happy to return to TRG.

“I am excited to be rejoining TRG and the Aston Martin brand after much success together the past 3 years,” Davison said in a press release.  “The Vantage GT3 promises to be strong on the St. Petersburg streets and we look to go one spot better than my second-place finish last year.  It will be an exciting weekend for the team and all of its partners and sponsors.”

Davison comes to the team after a somewhat contentious 2016 season with Always Evolving Racing.  Davison finished seventh in GT points in the No. 33 Nissan GT-R GT3 with second-place finishes in race No. 2 at St. Petersburg and race No. 2 at Canadian Tire Motorsports Park.  However, that second at CTMP was marred by early contact that caused a big wreck for Ryan Eversley and Adderly Fong.  That wreck resulted on Davison being put on probation for three race weekends.

A wreck at the start of race No. 1 at Mid-Ohio was judged to be Davison’s fault.  As a result, Davison was automatically suspended for the first race of the weekend at Utah Motorsports Campus.  The team ultimately ran backup driver Craig Dolby all weekend.

For Davison, this will be his second stint with The Racers Group.  Previously, he drove full-time for the team in the then-TUDOR United SportsCar Championship’s GT Daytona class.  Using a similar Aston Martin to what he’ll be driving in St. Petersburg, Davison won five consecutive class poles at the end of the 2014 season (and the Rolex 24 at Daytona in 2015).  However, the results just weren’t there in the races, where his best 2014 finish was fourth.  In part-time schedules over the past couple of years, Davison has earned three podium finishes including second-place finishes at Sebring and Belle Isle Park in 2015.

Last season, The Racers Group started out the season in the GT class with Duncan Ende driving the No. 67 Aston Martin.  However, Ende only competed in the first three race weekends of the season (COTA, St. Petersburg and Long Beach).

Phil Allaway has three primary roles at Frontstretch. He's the manager of the site's FREE e-mail newsletter that publishes Monday-Friday and occasionally on weekends. He keeps TV broadcasters honest with weekly editions of Couch Potato Tuesday and serves as the site's Sports Car racing editor. Outside of Frontstretch, Phil is the press officer for Lebanon Valley Speedway in West Lebanon, N.Y. He covers all the action on the high-banked dirt track from regular DIRTcar Modified racing to occasional visits from touring series such as Tony Stewart's Arctic Cat All Star Circuit of Champions.
Previous Did You Notice? … Whether Change Can Keep NASCAR Afloat?
Next Dale Earnhardt Jr. Wouldn’t Rule Out Retiring If He Won a Cup Title 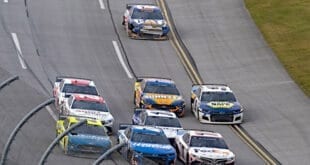 Couch Potato Tuesday: NBC Ticks Off the Fanbase at Talladega 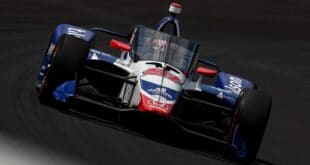 James Davison: Why Did His Indy 500 Go Up In Flames?