Let’s just get to the elephant in the room right away.

Unless you’ve been hiding under a rock throughout the offseason, by now you’re well aware that perhaps the biggest news came in the form of an announcement that each race of the season would be broken into stages.

No, it’s not your traditional formula of running x amount of laps and stopping the event, but rather a competition caution, if you will, where the top 10 at the time will be awarded points for their running position, teams will be allowed to make pit stops as usual and the race will return to the green once again.

But what stands out as something even more important is the additional playoff points (nope, no longer called the Chase either) that drivers will earn for leading at the end of a stage. Each stage win comes in the form of a single point, and a race victory brings an additional five. And, even better, those playoff points, follow the driver all the way to the season finale at Homestead-Miami Speedway in November, something that I’ve always thought would be beneficial and would help make the rest of the season mean more.

The news was received with a variety of opinions that ranged from pure excitement to those that swore they’d never watch another lap of NASCAR competition.

Odd observation. Weve had Competition cautions for years. Now we make it count for something and people are losing their minds. #ImNotWatchn

The reality is that, assuming the system works as it looks on paper, this change can bring about so many good things. The theory is that drivers will fight harder to run inside the top 10 – and even for the lead – in earlier stages of each race than they previously have. And there’s no reason to believe that won’t be the case. After all, who wouldn’t want to earn more points?

Anyone remember the blown motor that ended William Byron‘s almost-certain championship? Yeah, those bonus playoff points could have been the difference-maker that took him into the final race of the season, still eligible to take home the title that many felt he deserved after putting together a year that was highlighted by seven wins and 16 top 10s through 23 races.

In the end, no one really knows how this new format of racing will impact the actual on-track product, but I hope you’re like me and willing to wait it out and see what it brings before placing any solid judgment on it.

Just days before half of the Sprint Cup Series field took to Daytona for the Advance Auto Parts Clash, NASCAR instituted a new concussion protocol, which includes screenings that will be available at all venues.

“NASCAR has worked very closely with the industry to ensure our concussion protocol reflects emerging best practices in this rapidly developing area of sports medicine,” said Jim Cassidy, NASCAR senior vp of racing operations. “We will continue to utilize relationships we’ve had for years with leaders in the neurological research field who helped to shape these updates.”

A Plethora of Fresh Talent

Part of the appeal of the Truck Series has become drivers like Matt Crafton, Johnny Sauter and even Timothy Peters, who have made a career of being stars within the lowest tier of NASCAR’s top three series. But despite the value those drivers bring, the future of the sport as a whole would be grim if not for the fresh talent that rides in, year after year.

This time around, Kyle Busch Motorsports brings in just one familiar face, while the others will embark on their first full-time season. Christopher Bell, who struggled through a roller-coaster season in 2016, will be joined by Noah Gragson. Additionally, Harrison Burton, Todd Gilliland and Myatt Snider will partner with team owner Kyle Busch to fill the slate for a fourth entry for the organization.

Meanwhile, ThorSport Racing and GMS Racing, both of which also field four trucks, continue to bring their veterans in Matt Crafton and Johnny Sauter, respectively. However, ThorSport also added Cody Coughlin, who made a handful of starts for Kyle Busch Motorsports last season, and Grant Enfinger. The trio will also be joined by Ben Rhodes, who enters his second year with the organization. As for the other team, GMS added Kaz Grala and Justin Haley full-time (the latter once he’s old enough to run all events), while Spencer Gallagher, Chase Elliott and others will share the fourth truck throughout the year.

The larger teams aren’t the only ones bringing in the fresh talent, though. Brad Keselowski Racing has a brand new driver lineup that includes Austin Cindric and Chase Briscoe, who will replace Daniel Hemric and Tyler Reddick. Both of BKR’s full-time 2016 drivers move to XFINITY Series competition this season.

While that list of drivers through those four teams is enough reason to watch alone, you can’t count out the organizations that will bring in competitors for part-time schedules at places like Martinsville, Eldora and Bristol, to name a few. And you never know when even one of those part-time entries could turn into the next NASCAR star in the making.

Despite the playoff system that was initially introduced last season, this year’s championship battle will still be one on which to keep a close eye. Sure, there is a portion of the fanbase that believes the title is cheapened by a playoff system, but there are definitely valuable parts to it, not the least of which is the number of drivers eligible in the final race of the season.

Johnny Sauter looks to kick off the year with another victory that will lock his GMS Racing team into the post-season early on, in hopes of defending the championship that many didn’t expect to see happen. Meanwhile, Sauter’s former teammate, Matt Crafton, looks to build onto his tally of two titles as he trails only Jack Sprague (three) and Ron Hornaday (four) in the record books.

And of course we can’t leave out that new talent either. Consider that Kyle Busch Motorsports was the heavy favorite to win the title with William Byron until those hopes literally went up in smoke late in the year. Add in that Christopher Bell comes in with KBM equipment, coupled with the knowledge base he built last season, and you can expect he’ll be a threat for the championship too.

The bottom line is that there’s no real way to look at the 2017 lineup and pick out the championship favorite. You could build a case for a good chunk of the field, especially since no one really knows what the new stage rules will do to the on-track product.

Author’s Note: The 2016-17 offseason turned out to be the most challenging yet for me personally. After a year-long battle and a roller-coaster ride of a plethora of related medical issues, my mother passed away from pancreatic cancer. To say my world was rocked to the core would be an understatement at best. After all, she’s the reason I ever had my passion for NASCAR, but perhaps more importantly, she’s the reason I found Frontstretch and have the privilege of doing what I love, writing for all of you. I miss her more than words can describe, and for that reason — plus many more — this season’s articles are dedicated to her memory. 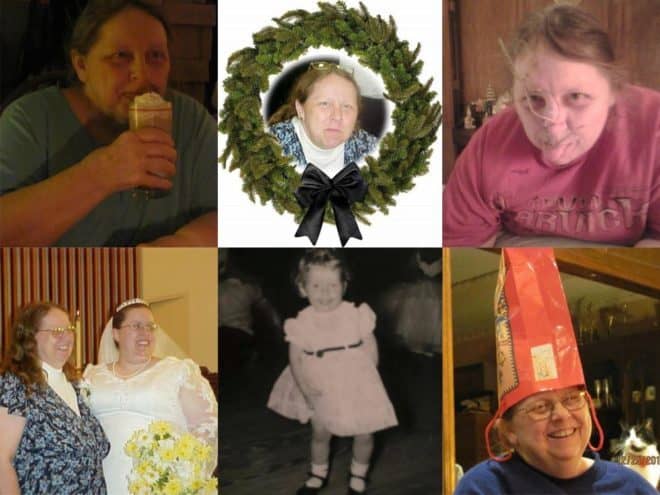