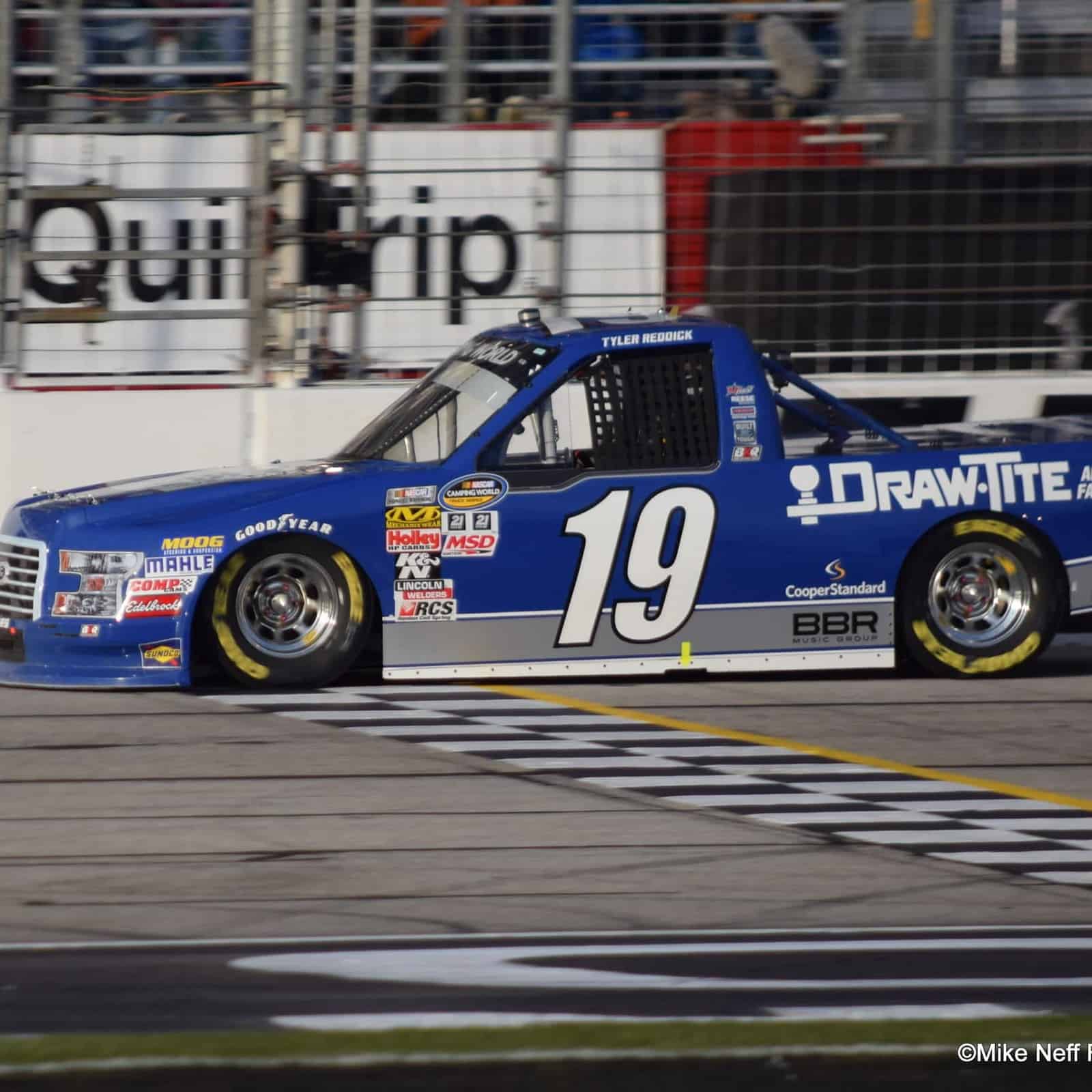 Austin Cindric, 18, still attending high school in Concord, NC, is replacing Daniel Hemric who moved up to the XFINITY Series with Richard Childress Racing. Chase Briscoe also joined the stable, coming off a championship-winning season in the ARCA Series.

Cindric has been around Team Penske since he was one-year-old. His father, Tim Cindric, is the current President at Team Penske, which automatically leads to the assumption on why Keselowski placed him in his truck. However, that is far from the truth.

“I just want to be a racecar driver,” Cindric told Frontstretch.com. “If I ever have an opportunity at [Team] Penske, it’s because I deserve it and because I’ve earned, just like anyone else would. I feel like that’s not quite as transparent, but you’ll have that.”

Over the past two seasons Cindric has competed in six races in a third BKR Ford. He has a best finish of 14th coming at Phoenix International Raceway in 2015, as well as collecting a pair of victories in the NASCAR K&N Pro Series East division in 2016.

Cindric is hopeful to follow in the path of another Team Penske driver, Ryan Blaney, who also started off his NASCAR career in the Truck Series for BKR,.

“Blaney has been really helpful to me because I reach out to him a lot,” Cindric said. “He’s been in this stuff a lot more and a lot more recently. I lean on him a lot as well as being a young driver still having to learn and still being in the same path the whole time.”

But the most important piece of advice Cindric has received may have come from Keselowski, his team owner. The 33-year-old is entering his 10th season as an owner of a Truck Series team, picking up nine victories in the previous nine seasons.

Together, Cindric and Briscoe are under a lot of pressure to perform in their rookie seasons as other rookies such as Noah Gragson for Kyle Busch Motorsports and Kaz Grala for GMS Racing have both entered the series as well. Though these four drivers might the future of the sport, they must first out-perform each other and he is happy his owner believes in him.

“To have some like that recognize your abilities, it’s very cool and obviously I was able to do a few races last year as well to prove my worth,” Cindric said of Keselowski. “I wouldn’t be here if I didn’t earn it. The guys at the shop are really supportive and ready to get going. They are seemingly pretty excited for what Chase and I could do this year. We’ve got to live up to those expectations.”

Keselowksi has been around NASCAR since 2004, which makes him constantly think about racing and it has helped Cindric grow as a driver.

“Once you get Brad talking about racing, he’s pretty into it,” Cindric said. “As long as you can talk about that one thing, he will go on-and-on, and it’s really great information as long as you can absorb it all.”

Cindric’s goals for the 2017 season are to win races and make the playoffs and win rookie of the year. However, he feels he has a lot to learn in a short period of time.

“I feel like confidence-wise and comfort-wise, getting race experience down and know what to expect because the Truck Series is meant to prepare drivers to move up,” he said. “If I can feel well-prepared to move up by the end of the season then I feel like it will be successful.