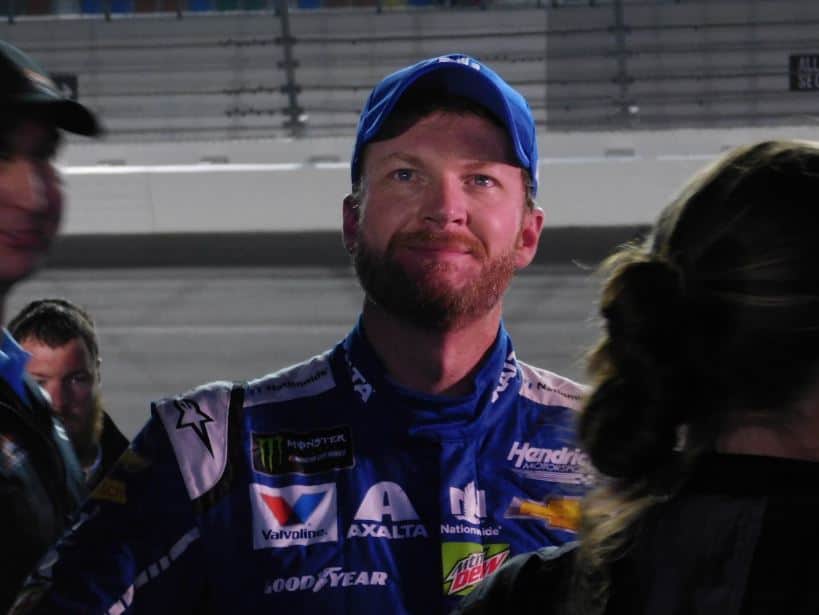 The Cup Series technically has kicked off the 2017 season already thanks to the awarding of points in the Duels on Thursday evening. The biggest race of the season looms on the horizon at 2:00 Eastern Sunday and there are a handful of things weighing on everyone’s mind.

Cars have raced in anger twice already, along with practice sessions and qualifying. After the Clash it seemed like Chevrolet would be chasing Toyota and Ford come the 500. That was followed by qualifying, where Chase Elliott and Dale Earnhardt Jr. swept the front row in their Hendrick Chevrolets. The first Duel saw Elliott score the win and look very strong. The second Duel didn’t look quite as promising with Earnhardt being shuffled and unable to rebound as the laps wound down. Like Spring Training, all of the crew chiefs in the garage seem confident with what their cars can do. After the first segment on Sunday the questions will be somewhat answered.

Interestingly, speaking with crew chiefs and drivers, it seems like strategy is not high on peoples’ priority lists when it comes to the segments this season. Most everyone is unanimous in believing that the top 20 will run to the end of segments while 21 on back will most likely pit early and attempt to use track position to grab the points for the next segment. As with anything new that is always subject to change but, for now, it isn’t high on anyones’ list.

Six years ago, Daytona International Speedway was repaved. Thanks to the warm Florida weather and nearly daily rain, the track surface has aged quite a bit. After the Duels and the support series races, it is evident that the surface is regaining character and tires are going to be important. The tires will last a full fuel run but once half of a fuel run is complete, the rubber gives up and fresh bolognas are very beneficial. The cars and trucks clearly bottomed out in the corners, providing evidence that the bumps, humps and dips are returning. The more that character returns, the better the racing will be.

It was announced on Saturday that the 59th running of the Great American Race is sold out. The sport is faced with questions and doubts thanks to the significant drop in ratings and at track attendance. The biggest race of the season sets the tone for the first month or two of the season. The solid ticket sales and fan support of Daytona has set a solid foundation for the 2017 season. Now it is up to the product to carry that momentum through the first two months. The fact that viewership for the Duels was flat with an increase in the coveted 18-34 demographic is also a great portent to the season.

Monster Energy is the new title sponsor for the Cup series, but you can barely tell it from the race facility. Aside from the tractor trailers that are used for the race officials, there is hardly any visible signage or activation inside the race track. There is some presence in the activation area outside the facility but it is nothing compared to what fans of the sport are accustomed to. This may be thanks to the late announcement or it may stem from Monster’s approach being more minimalistic when it comes to activation.

This segment stuff is riveting. Weren’t we told it would be like a competition action and we’d hardly notice the break? Going on 15 minutes and counting. Well done, NASCAR.

8 laps under caution for each of the first 2 segments. That is incredible for a 2.5 mile track. Is it going to take 20 laps at Bristol and Martinsville? Don’t count the laps at all! Let the fan see 500 laps or miles of racing!