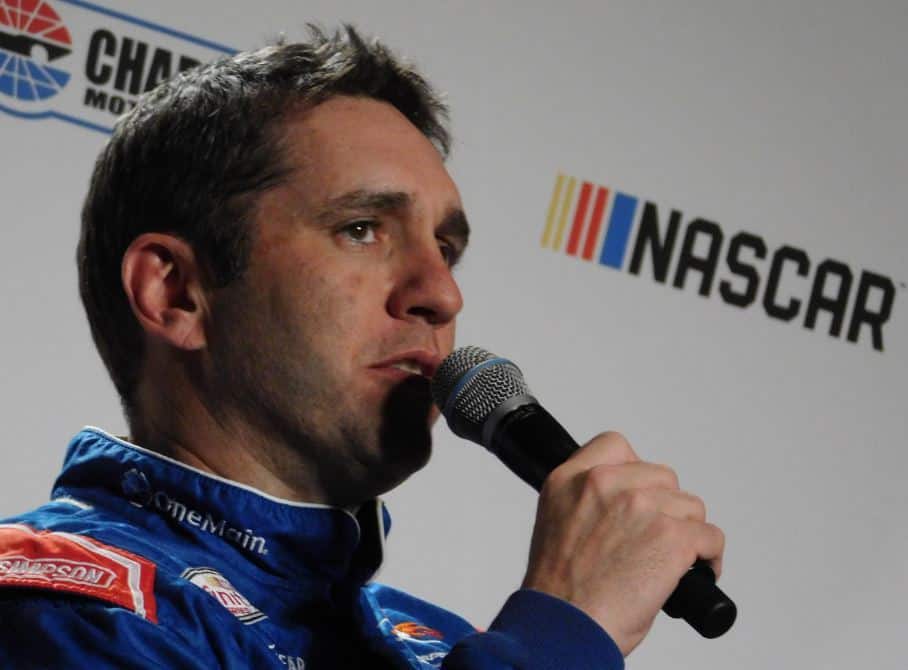 Elliott Sadler wants to make the most of his latest opportunity in NASCAR’s premier division.

At this point, he never knows if it will come around again.

The 41-year-old NASCAR veteran, once a Cup full-timer is quite familiar with the sport’s emotional roller coaster. He’s spent the last six years toiling in the XFINITY Series, fighting for a title there over running a lower-level Cup ride at the back of the pack.

However, this weekend’s 59th Daytona 500 will provide the three-time Monster Energy NASCAR Cup Series winner a chance at redemption. For a guy who came this close to winning the sport’s biggest prize seven years ago, snookered just before the rains came he’s still got a little unfinished business with Daytona.

A new one-race deal puts Sadler in the same boat as all 39 other competitors this Sunday: armed with a shot to win the race.

“We did what we needed to do, and that’s qualify our way in, which is the most important step,” he said over-the-phone Wednesday morning before the Can-Am Duels. “That’s definitely made us more relaxed for the rest of the week as we get ready for the 500. I’ve had some close calls in the 500, and I’ve felt like I left some opportunities on the table.”

The veteran competitor is paired with Tommy Baldwin Racing, which does not have a charter to lock the team into the race. But with pressure on their shoulders, the No. 7 car qualified into the Daytona 500 during Sunday’s time trials.

“I think Daytona means a lot to anybody who’s a racecar driver,” Sadler said. “It’s the backyard of the France family. It’s where it all began. There’s so much history and heritage at this racetrack. Anytime you are here and have an opportunity to win, it means a lot to you.”

Baldwin called Sadler over the offseason, searching for a veteran to take the helm of his Chevrolet, which has a longtime partnership with primary sponsor Golden Corral. While Sadler has not competed in the Cup Series since 2013, when he replaced an ailing Brian Vickers in the No. 55 car for Michael Waltrip Racing, he is confident in the ability to return to the sport’s top level.

Sadler earned two of his last four XFINITY Series triumphs at Talladega Superspeedway, the only other restrictor plate track on the circuit.

Throughout his Cup Series career, Sadler was known to be one of the top plate drivers. In 2002, he finished runner-up in the Daytona 500 to Ward Burton. Seven years later, he led 24 laps before falling to fifth in the final seconds of the rain-shortened contest.

“We want to be on that list,” Sadler said, referring to the exclusive club of Daytona winners. “That’s why we’re taking this chance and opportunity to run in the 500. We’re going to make the most of it. We don’t have anything to lose, so we’re going to go all-out on Sunday and see where it takes us.”

Sadler’s experience at Daytona this week is bringing back some memories, he said, including his first trip to the 2.5-mile oval.

“I came here as a kid in 1979 to watch my first Daytona 500,” he reminisced. “I’ve always been a fan of this track and understand what it means to the people who win it.”

During that first experience at Daytona, Sadler remembers he and his family walking across the banking at the racetrack. It’s an old school experience he believes makes him relate to new school race fans today.

But now, coming to Daytona as a driver, unsure of when he will return to NASCAR’s premier division, the pressure is on for the Virginia native.

“Last time I raced in the Daytona 500, we had a really fast racecar and we had some electrical problems, and we didn’t get to finish,” Sadler said. “That’s not a good way to run your last 500. When Tommy Baldwin called us and put all of this together, it rejuvenated me. It’s a good opportunity with a good racecar and a good race team.”

Besides racing in the Daytona 500, Sadler hopes to have the opportunity to run a few more Cup Series races this year. One source close to Baldwin said the team will run six to eight contests, but they are unsure who will drive the car.

Not only is Baldwin running a part-time Cup program, but he is also supporting Stewart Friesen in the Truck Series and Donny Lia in the Whelen Modified Tour. It’s uncertain at this stage how this partnership and the pared-down Cup team fits in.

But for Sadler, no matter what 2017 remains as busy as he was in the prime of his Cup career. The 41-year-old is entering his seventh consecutive full-time season in the XFINITY Series and his second with JR Motorsports.

While the title chase is Sadler’s goal, he looks to build off his most consistent season since he returned to the division.

In 2016, his No. 1 car was consistently running up front, earning an average finish of 6.8 with 29 top 10s. However, he came just short of winning the XFINITY Series title, finishing third at Homestead-Miami Speedway and second in the standings to Daniel Suarez.

But at the end of the day, he knows the chance at winning a title is thanks to Dale Earnhardt Jr. and his sister, Kelley Earnhardt Miller, who re-signed Sadler to a multi-year deal with longtime sponsor OneMain Financial.