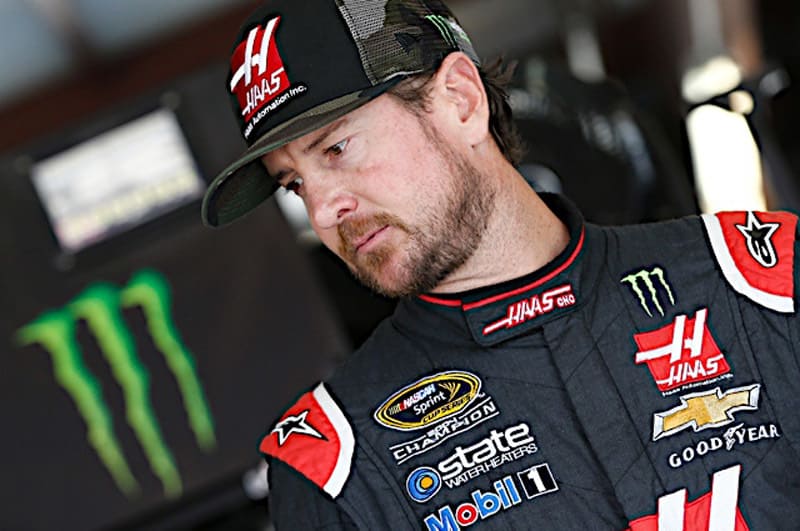 After 15 starts and plenty of near-misses, Kurt Busch is now a Daytona 500 champion.

In a wild turn of events that included three lead changes in the final three laps, Busch took his No. 41 to Victory Lane. Two years after Busch wasn’t even a part of this race, sitting out due to domestic violence allegations he breezed past Kyle Larson on the last lap to take control when the No. 42 car ran out of fuel.

That would be the only lap Busch would lead the entire race, the final domino in a series of drivers running out of gas. Pole-sitter Chase Elliott was the first to fall back; he lost the lead to Martin Truex Jr. with three laps to go. Initially declining comment, the sophomore sensation, who led 39 laps left the track 14th after a heartbreaking ending.

“It was a disappointing finish to a good day. Just one of those things you can’t do anything about,” he said in a statement after leaving the track. “I’m happy with how the NAPA team performed, and we are going to learn from it. I’m proud of how hard everyone worked all week.”

That left Busch, who glided past Larson but had to fight off a surging Ryan Blaney. After charging from well outside the top five, the No. 21 Ford driver made a late bid with AJ Allmendinger but they were too far back to make a push inside Busch’s No. 41.

“Thought you ran out of gas,” Blaney joked to Allmendinger in the media center before turning to how he fell short. “I started kind of running out of gas there. We started sputtering really bad. Stinks to be so close.”

Aric Almirola, who went all of last season without a top five for Richard Petty Motorsports wound up fourth. Paul Menard ran fifth, earning his first top five at Daytona in 20 career starts.

Those survivors fought through a race where multiple Big Ones lurked at every turn. After a relatively clean first 100 laps of racing, chaos broke out just past the halfway point when Kyle Busch cut a tire and swallowed up Erik Jones, Dale Earnhardt Jr. and Matt Kenseth on Lap 106.

The quartet found themselves all out of the race. But Earnhardt, who made his first start since last July, was all smiles after running with the leaders until that point.

“I guess Kyle had a right-rear tire going down. There ain’t no saving that,” he said, ensuring fans he was unhurt. “We had the opportunity to go to the infield care center and they were really thorough. I feel really good about going to Atlanta. It was a fun week, it was great to be out here.”

The Demolition Derby was on from there. On lap 127, Jimmie Johnson got spun into the path of more than a dozen racecars, including Ty Dillon, Clint Bowyer and Danica Patrick, who had run inside the top 10 nearly all of Speedweeks. Patrick, whose car was eliminated called the racing “treacherous” in the second half of a Great American Race where everyone drove super aggressive inside the pack.

“Today was a fun day, but I have grown not to like [plate tracks] that much,” Patrick said. “The law of averages at superspeedways, you’re going to crash a lot. That was one of the easiest wrecks I’ve had but it’s the name of the game here.”

“Looks like everyone ran a race at Martinsville,” added Blaney. “Everyone’s stuff was tore up.”

Joey Logano, Kasey Kahne, Michael Waltrip, Matt DiBenedetto and Trevor Bayne rounded out the top-10 finishers at Daytona. Busch starts the season with a 12-point lead over Blaney in the standings.