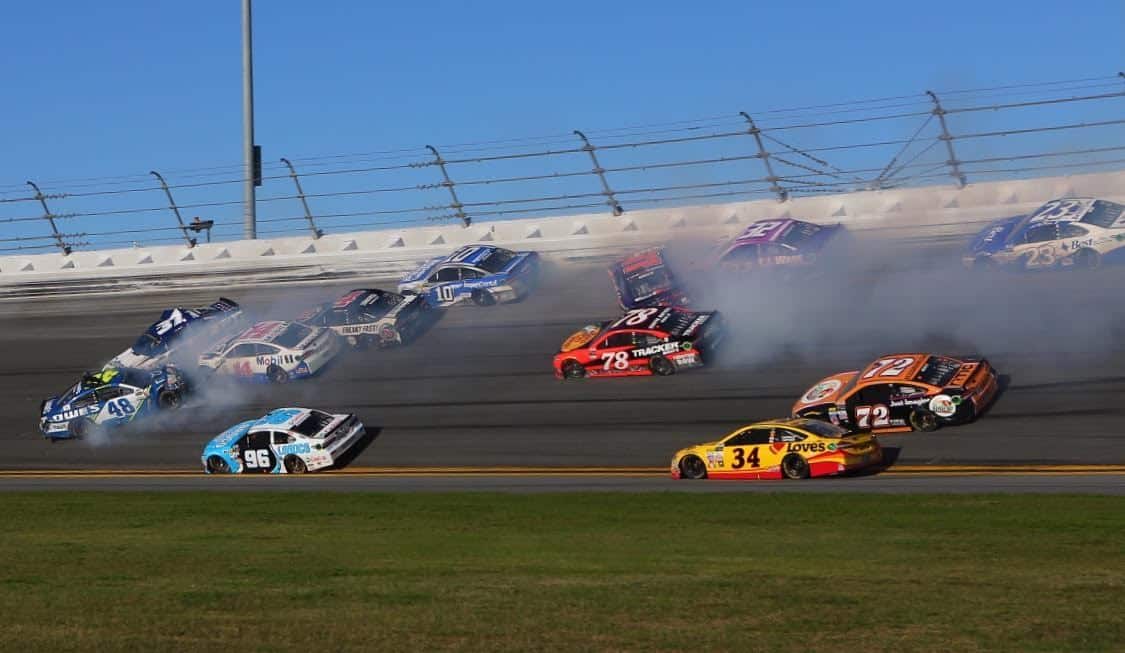 The final segment to Sunday’s 59th Daytona 500 started off with a bang.

It just wasn’t the dynamite several major contenders were looking for. A second major wreck, this one involving 17 cars eliminated seven-time Cup champ Jimmie Johnson, Kevin Harvick, and Danica Patrick, among others while changing the complexion of a race that had been clean through the first 100 laps.

This wreck was caused by four-wide racing on the backstretch, wild pack competition that ended with Trevor Bayne tapping Johnson heading into Turn 3. The No. 48 car turned into Kyle Larson, then back into traffic and from there, the melee was on.

Johnson, upon exiting his car in the garage let the frustration of a difficult Sunday boil over.

“It seemed like it could have been avoided, It was uncalled for,” he told FOX Sports. “I didn’t have a chance. I fought it the whole straightaway and finally got turned going into 3.”

It was Johnson’s fourth wreck during a tough Speedweeks. He’s now failed to finish two straight races at Daytona, going back to last summer’s Coke Zero 400.

Patrick, who was top 10 in each of the first two segments of the race also expressed her disappointment in post-race interviews.

According to 48, The Phantom wrecked him.

It’s never his fault. And he thinks he’s the best driver ever in Cup?

If he wasn’t blocking for Elliott and Kahne the other drivers wouldn’t have had to push him down the back straight.