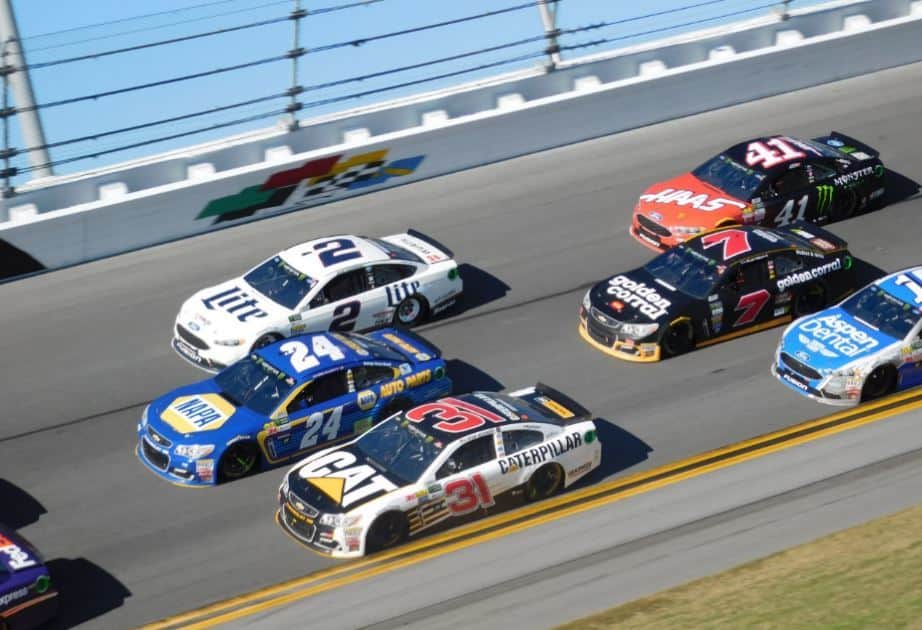 The Camping World Truck Series race on Friday night, started and ended with a bang.  That was followed by a crash-filled XFINITY Series race on Saturday that was delayed by two lengthy red flags.

So by the time the 59th running of the Daytona 500 began on Sunday, it would be hard to blame fans for expecting another brutal race.

What resulted was an afternoon that saw few drivers escape unscathed.  Daytona 500 champion Kurt Busch car hopped put of his car and saw that it looked like it had been through 500 laps at Bristol Motor Speedway, rather than 500 miles at Daytona.  Only 17 cars finished on the lead lap, and, thanks to NASCAR’s new repair rules, nearly half the field failed to reach the checkered flag.  The end result of the 2017 Daytona 500 suggests that NASCAR’s new stage format created as much chaos for the Cup Series drivers as it did for their counterparts in the other series.

However, the progression of the race tells a different story.

The addition of stages and planned caution periods did not affect the Daytona 500 the way it affected the XFINITY and Truck Series events.  Having mid-race points on the line earlier in the weekend, obviously ramped up the intensity in the lower touring divisions.  The XFINITY race was only 300 miles for 120 laps, and the Truck race was 100 laps, half the length of the Great American Race.

A shorter event not only means less time to race, but that the stages will be shorter as well.  So in the closing laps of each stage, it was not uncommon to see drivers jockey for position, erratically leading to wrecks that probably would not have happened in past years.  Additionally, each of those cautions took away potential green flag laps from the already shorter segments.  The result was that the XFINITY and Truck races plunged into a cycle of race, crash, and cautions.

Adding stages to the Daytona 500 in contrast, did not create more crashes.  Most of the big accidents happened following the conclusion of the second stage at lap 120.  By that time, there were no more mid-race points to be awarded.  The series of accidents that disrupted what had been a relatively clean race were a product of the old truism “cautions breed cautions.”

What the stages did change was the pit strategy with which teams approached the race.  Because there were now two additional moments during the race when NASCAR would hand out points, MENCS teams tried to develop strategies that would position their drivers in or near the lead at laps 60 and 120.  Taking this approach allowed teams to avoid the potential problem of having to scrap for positions in the closing laps of each stage.  Having a long race with stages that last longer than one fuel run, and the ability to make a pit stop at Daytona without losing a lap, allowed MENCS teams to approach the race differently than their XFINITY and Truck Series counterparts.

Daytona exposed a key difference between the top division and NASCAR’s other two national touring series.  MENCS races are long, sometimes much longer than their companion events in a given week.  Having longer races means that drivers and teams are going to approach those races differently.  Specifically, MENCS competitors will always have to figure out how to reach a more distant endpoint of every race than XFINITY and Truck Series competitors.

The first two stages of the Truck race on Friday night were 20 laps each.  Even at a big track like Daytona, 20 laps go by rather quickly.  Drivers who hoped to earn points in those stages had to be racing hard the whole time, and were forced to think in the short term.  As a result, there was a 14-truck accident on lap two, and another three trucks crashed at the completion of the first stage.

The first two stages of the XFINITY race were 30 laps each, and exacted an even heavier toll.  Half the field received damage in a crash on Lap 23, and another accident on Lap 29 collecting 13 cars.  Three more drivers crashed at the conclusion of the second stage.  By dangling the carrots of extra points so close together, NASCAR created a situation in which XFINITY and Truck competitors had to tackle their Daytona races stage-by-stage.

The Daytona 500, however, remained what it always has been, a race of survival and endurance.  MENCS drivers, especially the veterans understand that you must position yourself well for the closing laps of the race.  The addition of stages acted more like checkpoints in the Great American Race, offering small rewards to the drivers who were out front at the right time.  What caused all the late-race chaos was the fact that it was, at that point, late in the race, and that drivers now had to fight for the win after surviving the early and middle parts of the event.  Taken by itself, the last 75 laps of the Daytona 500 looked a lot like the XFINITY and Truck races.

Credit Busch and the No. 41 team for executing better than anyone else.  Considering that Busch’s NASCAR career nearly came to an unceremonious end two years ago, winning the Daytona 500 completes a remarkable turnaround.

Daytona is such a different animal from the rest of the NASCAR schedule that it is hard to draw any immediate lessons from the implementation of the new stage format.  Yet it should be clear that the endurance component of racing at NASCAR’s highest level and how teams plan to reach the finish over the course of the race still matters.  If NASCAR’s goal is to put blinders on the MENCS drivers and make them race all-out every lap, without concern for the bigger picture, then the sanctioning body is wasting its time.