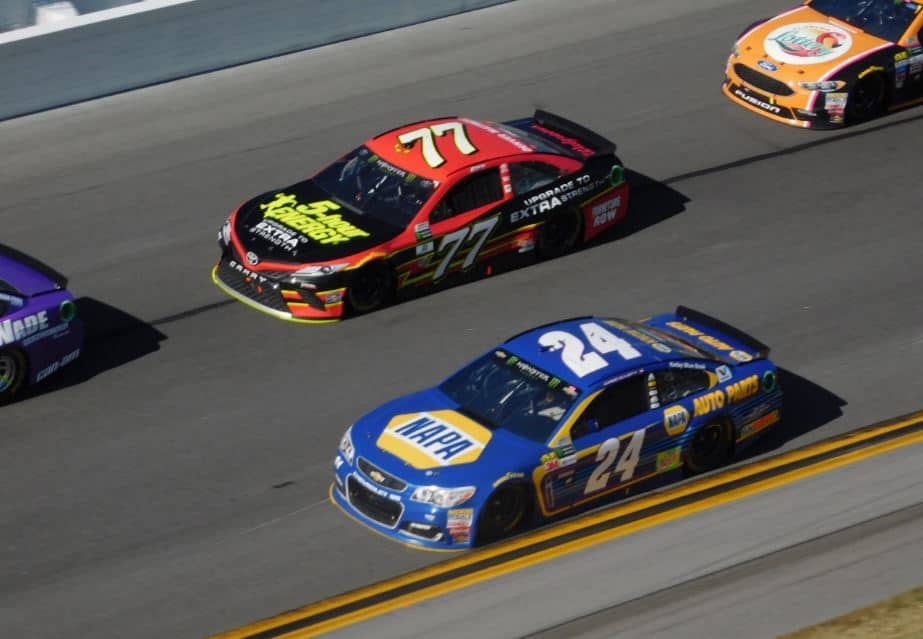 Fox Sports’ coverage of the 59th Annual Daytona 500 resulted in a small overnight bump in ratings over last year’s edition, the network announced Monday. Overall, ratings are still nowhere near where they have been historically. However, the increase does provide optimism that perhaps viewership can continue the upward trend.

The broadcast drew an overnight rating of 6.5. The viewership was a 7% gain over the 2016 event. It was the most watched sporting event on Fox since it broadcast the Super Bowl three weeks ago.

The race drew considerable interest this year for several reasons. First. it was the first Cup race featuring the new three stage format. Additionally, it served as the beginning of Monster Energy as the sponsor of the premier level of NASCAR. Finally, the race marked the return of the sport’s most popular driver, Dale Earnhardt Jr, after he was sidelined last summer with a concussion.

The race itself was a crash filled, nail biting affair. Many top contenders fell by the wayside after being victimized by wrecks. Then there was the newly implemented rule that gives teams only five minutes to repair their cars after contact or be parked. Kurt Busch was the benefactor of two drivers running out of fuel in the final five laps while leading. Busch powered past to his first Daytona 500 win after previous 16 tries, including three runner up finishes.

However, ratings still have a long climb to match the gaudy numbers that Daytona 500s were drawing in the past.

The last network other than Fox to broadcast the Great American Race was NBC in 2006. That event, Jimmie Johnson’s first Daytona 500 victory, drew an 11.3 rating. However, that event was largely assisted by being the lead-in to NBC’s coverage of the Winter Olympic Games.

While any upswing is reason for optimism, ultimately the goal is for the numbers to continue to return to where they were when viewership was at its peak. Whether this is the beginning of that ascent, only time will tell.