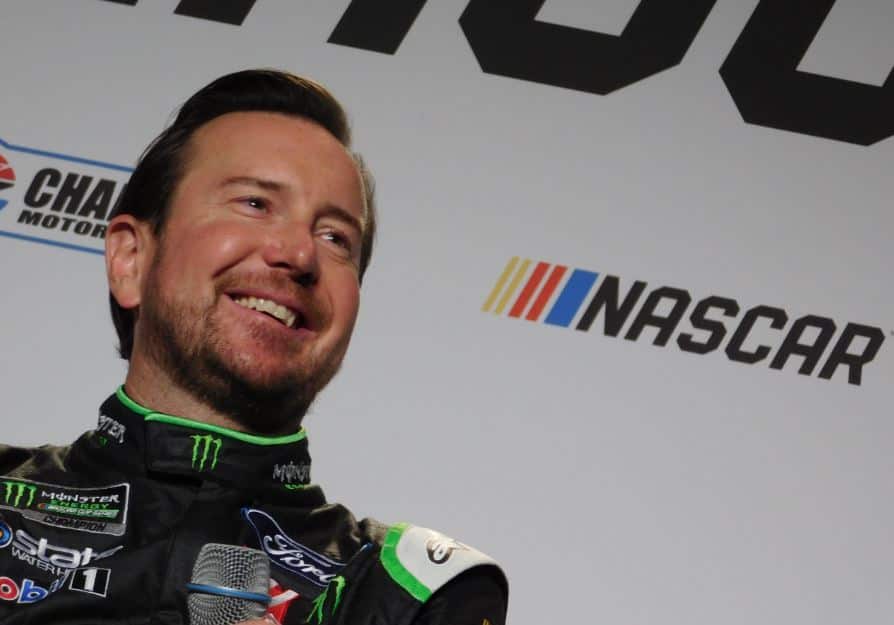 When the Monster Energy NASCAR Cup Series ventures to Atlanta Motor Speedway this weekend, everyone will be chasing Kurt Busch, who leads the point standings after pulling into Victory Lane at Daytona International Speedway in the season-opening Daytona 500.

That’s not just because of early-season momentum the No. 41 Stewart-Haas Racing bunch undoubtedly has after kicking off the 2017 season by winning NASCAR’s biggest race. Busch also enters Atlanta with a whopping 12-point lead over his next closest competitor, Ryan Blaney. Of course, it’s early in the season, so such deficits can be easily erased in two, perhaps even one race.

But the point stands: Busch has quite the head start so far.

What are the chances, then, that he extends it?

It’s not unheard of. Drivers go on tears all the time, whether it’s to start a season, end one or somewhere in between. And if Busch were to continue a hot streak at any track, Atlanta would certainly make sense. In 25 starts at the track, the 2004 Cup champion has three wins, six top fives and 11 top 10s along with a win total tied for second among active drivers, behind only Jimmie Johnson (five).

Should Busch pull a double and rattle off two wins to start the season, he wouldn’t be alone in that admittedly narrow statistical category.

Since the Cup Series’ inception in 1949, only five drivers have won the first two races of the season, dating back to the first occurrence in 1957. And if Busch won, he’d be the only driver of that group to pull off the feat at Daytona and Atlanta.

After all, the NASCAR schedule has changed drastically over the years. Though Daytona has been the season-opening weekend for quite a few decades now, it didn’t always kick off NASCAR action in a new calendar year. When Marvin Panch, the first NASCAR racer to win the opening two races of the Cup season, his first win came at a track called Willow Springs Speedway in Lancaster, California — a track that hosted only two Cup races in its entire lifetime. His second? Concord Speedway in Concord, North Carolina, which hasn’t graced the Cup schedule since the mid-1960s.

Following Panch, the next two-peat actually came relatively quickly, thanks to Bob Welborn, who pulled it off two years later in 1959. The schedule had already changed in that Welborn’s victories came at Champion Speedway in Fayetteville, North Carolina, and then — hey, look! — Daytona.

Keep in mind that Panch and Welborn’s feats are a little more isolated since earlier on in NASCAR history, drivers didn’t necessarily contest every single event on the schedule. It wasn’t really even logistically possible, given the amount of races throughout the season (1957 had 53 events, for instance), and it wasn’t even necessary in order to win the season’s championship, though running as many events as possible helped. Panch, who finished second to Buck Baker in the overall ’57 standings, ran 42 total races (to Baker’s 40), while Welborn’s ’59 campaign consisted of 29 starts and a 17th-place points finish.

So, no one actually accomplished what Panch and Welborn were able to do again until 1976 — and interestingly enough, though more drivers were running the full season by then (30 races in all in ’76), the competitor who ended up in Victory Lane for races one and two didn’t contest the whole schedule. David Pearson paced the field at Riverside International Speedway, which often opened the Cup schedule prior to Daytona taking over, that year, followed by his Daytona 500 win less than a month later.

The two other times a driver won the first two races? Much, much later.

More than two decades later, in fact. Jeff Gordon followed Pearson by rattling off a Daytona 500 win in 1997 and then Rockingham Speedway the next race. The series didn’t have to wait 21 years for the next accomplishment, though; Matt Kenseth, in 2009, is the most recent example, with victories at Daytona and Auto Club Speedway.

You’ll notice, then, that the driver-track combination has never been the same. Five different drivers, five different schedules.

So, if Busch wins Sunday, make that six for six. But bear in mind: one of the drivers mentioned earlier — Kenseth — is in the field too, and while he has 10 top fives and 16 top 10s at Atlanta, he’s still searching for that elusive first win, and you can bet he’s hungry.

How can you count Bob Welborn’s Duel race victory in 1959? Was it a point race back then?