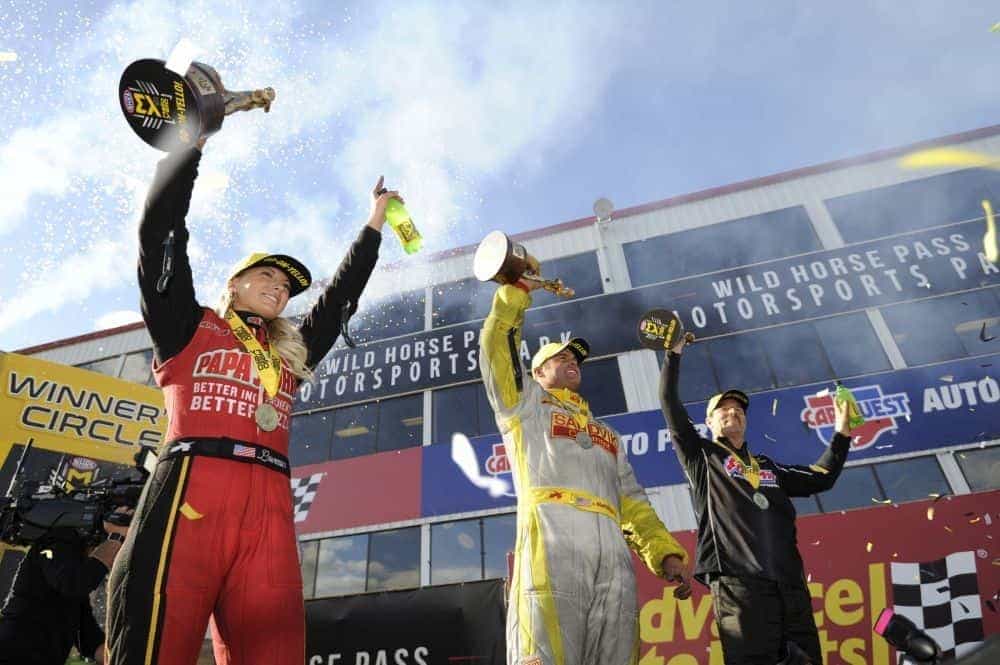 During a feature on the FOX coverage of the NHRA Arizona Nationals, Leah Pritchett was asked if her looks have helped or hurt her during her career. Her response was “both,” and I can imagine that’s quite true.

It’s no secret that looks can take you places, particularly in a sport that relies on sponsor-driver interactions. Those sponsors want a good spokesperson and being attractive doesn’t hurt. That is not a sexist observation. I’m sure appearance has never kept a sponsor from supporting Matt Hagan either. That’s just a fact. If you want to put a face on your signage, while it’s not the only factor, a pretty face is a big selling point.

On the other hand, stop me if you’ve heard this one before: “She (it’s usually, but not always, she) only got that ride because she has a pretty face.” I’m sure there have been some sponsors who didn’t take Pritchett seriously because of her looks too. Sometimes it’s jealousy, sometimes resentment, and sometimes a genuine belief that an attractive person can’t do anything else other than be attractive.

Here’s the way it is though: Pritchett has worked hard and is backing up that work by showing she can perform on the race track. You might still argue that there have been those pretty faces, male and female, who didn’t back it up and you’d be right, but Pritchett, or Hagan for that matter, would not be one of them. Both of them stood atop the podium accepting trophies at the first two races of the season. 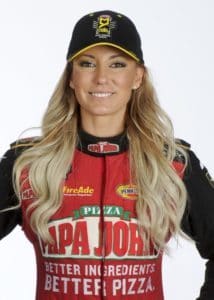 2017 – Won first two races of the season at Pomona and Phoenix.

Some things most people don’t know about Leah: Like so many of her fellow drivers, Leah is a graduate of the NHRA Summit Racing Jr. Drag Racing League. She began racing at the age of 8, and has raced every season since on at least a limited schedule. She also won the 2010 NHRA Hot Rod Heritage Racing Series in a Funny Car in addition to her time in Pro Mod and currently in Top Fuel.

Word of the Week: Holeshot

Probably one of the most frequently asked questions I get came up this week. Namely, “How did Brittany Force lose when she was faster? What the heck is a holeshot?”

For longtime drag racing fans, this is probably like the loose versus tight question in NASCAR, but is a legitimate question for new viewers, which there seem to be a lot of these days. That makes it a question that really needs to pop up here at least once per year, so without further ado, let’s tackle it for 2017!

The Mello Yello Series classes are what they call “heads up” classes–meaning that the goal at the end of the day is to reach the finish line first, period–hit the line without a disqualifying factor first, and you win. It’s not really about the time, just the finish line, even though they still give you the times, because times are a big deal in drag racing–really, we still want to know HOW they won it–where were they faster?

There’s one other factor though and that’s reaction time–reaction time is the time it takes from when the light actually turns green to when they actually roll. Since this game is such a close game–thousandths of seconds generally–reaction time does matter–because it does translate into the whole run–it boils down to who left first–getting a head start if you will–a legal one though.

In this case, Leah Pritchett rolled off .053 seconds after the green light came on while Brittany Force rolled off .081 after it came on, so Pritchett left .028 seconds sooner. Force ran faster at 3.704 seconds, but she had to make up a gap, not just in time on a clock, mind you, but in physical space on the race track, of .028. Pritchett still ran a 3.705, for a gap of just .001 seconds–so she essentially hit the finish line going slower, but still holding on to .027 of the space she had when she left. When a driver wins with the slower ET because they had a better reaction time, and essentially the other driver couldn’t run down that gap, it’s a holeshot win.

Leah is the full grown WOMAN version of the way the tweens see the Force girls… I sure do miss Hillary Will!