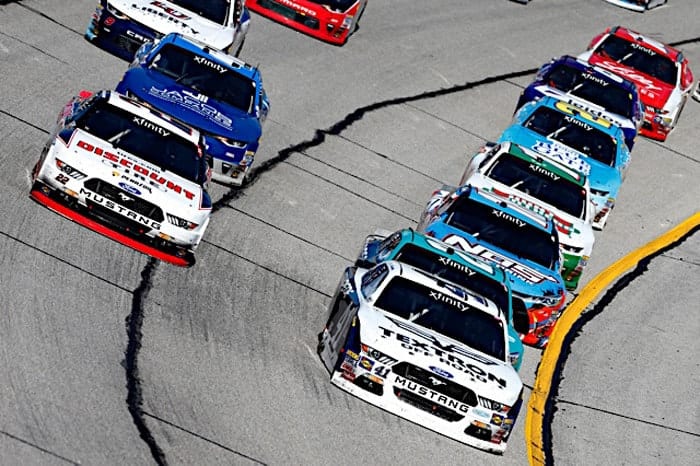 The NASCAR XFINITY Series will head West to Las Vegas Motor Speedway this weekend for the third race of the NXS season, the Boyd Gaming 300.

NASCAR announced earlier in the week that the No. 20 car for Joe Gibbs Racing had its splitter structure incorrectly mounted. That car was driven by Denny Hamlin at Atlanta and finished 20th. The penalty is a loss of a pit stall selection. New for the 2017 season, XFINITY teams select pit stalls for the the next race after qualifying for the race they are at that week.

His JGR teammate, Busch, won the Rinnai 250 but the No. 18 car failed post-race inspection. Penalties for that team are expected to be announced later in the week.

The Boyd Gaming 300 will take place on Saturday, March 11, with the green flag flying just past 4 p.m. ET on Fox Sports 1 with radio coverage on PRN as well as SiriusXM NASCAR Radio.

Maybe this time Kyle can win and pass post-“race” inspection. It’s like A-Rod using steroids to hit a home run in AAA ball. Really? He has to cheat to do that?