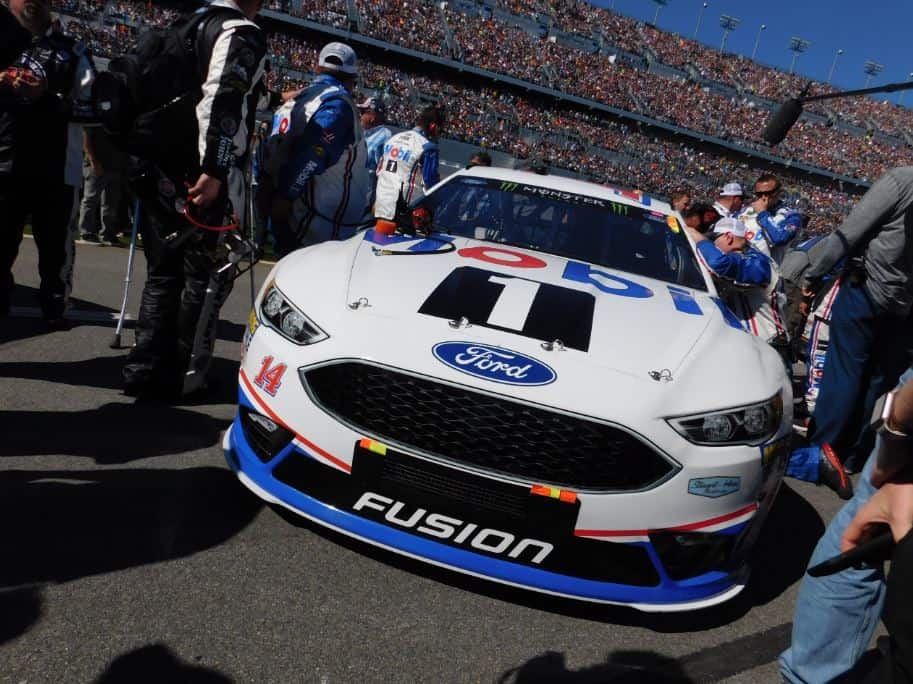 The first two weeks of the NASCAR season have been quite hectic, featuring controversy with rule packages, an abundance of penalties and of course, some talk of more changes coming to stock car racing.

But as the season rolls on, the talk needs to be focused on the main issue — the racing itself. Competition is as high as ever (thankfully), and we cannot allow off-track drama to overtake the fact that the racing is just as good as it ever has been.

With the new era of NASCAR in full effect, some drivers are looking to become the new faces of the sport. Others, however, are content with where they are within the NASCAR realm. Some want more attention, but for a few folks in the garage area, just being there is all they can really ask for.

Q: Which surprise driver (ex – someone who didn’t make the chase last year) will make use of the stage format the most? – @StevenEllisNHL

A: There are a few drivers who are in solid situations this year, a handful of whom were not even close to contending for a championship in NASCAR’s premier division.

Let’s forget about rookies Erik Jones, Ty Dillon and Daniel Suarez, who can all make the playoffs given the right circumstances. Instead, let’s focus on some experienced drivers who have struggled. But thanks to some timely decisions, can certainly slide into the brackets come September.

Clint Bowyer is clearly on a mission. Going from a disturbing situation at HScott Motorsports, where he went to help guide the team in the right direction for a year and having it back-fire on him and his sponsors, he enters Stewart-Haas Racing motivated more than ever before.

As Bowyer walked around the garage area at Daytona International Speedway prior to the Daytona 500, he acted like a little kid. Hyper, exuberant and just simply the old Bowyer. You know, from when he was winning races with Richard Childress Racing and during his first year with Michael Waltrip Racing.

The season started off with a bang for the 37-year-old, finishing runner-up in the Can-Am Duel. His smile exceeded any he had in 2016 after simply being happy to finish in the top 20 at certain points last year.

While he has not finished in the top 10 yet, he is clearly a contender right off the bat to start the latest stage of his career. At Atlanta Motor Speedway, his No. 14 car rocketed through the field, running inside the top five late in the race before finishing 11th. While the result was not what he expected, the fact that he ran so well after qualifying 25th is certainly worth a confidence booster for a man who had an average finish of 23.6 in 2016.

Now that Bowyer is settling into his new ride, he can focus on the task at hand — running up front.  With bonus points available at the conclusion of Stages 1 and 2, he could get a jump start to the playoffs, should he qualify for them of course.

But where Bowyer needs to improve on is qualifying. His career average starting position is 18.2, a spot he seldom reached over the past two seasons with average starts of 20.5 and 30.7, respectively. But obviously, the poor starts were due to situations involving teams that he simply could not control.

With his new gig, Bowyer can excel and start winning stages to boost his confidence before he makes the return to Victory Lane. It is hard to forget how to win, but it has been since Oct. 2012 when he last visited Victory Lane. Yeah, it has been a while.

As he continues to better his ability in the No. 14 car, getting readjusted to battling up front, success will follow suit.

Q: Which XFINITY Series driver can come out of nowhere to win the championship? – Lily S., Columbus, Ohio

A: There is no driver who can really come out of nowhere to win the title. There are some who can be surprises, entering the season as an automatic contender, but you certainly won’t see a mid-pack team randomly start winning races.

One driver that is a shoe-in to be a threat for the title this year is Justin Allgaier. The third-place finisher in 2016 failed to win a race, but was consistent as it gets.

His red No. 7 car features a corn cob this year, meaning he is making his mom proud and (hopefully) eating his vegetables.

Fortunately for this team, it appears to be getting the bad luck out of the way nice and early in the season. Back-to-back 30th-place finishes are not what Allgaier or crew chief Jason Burdett expected during either of the first two weekends of the season.

However, it certainly should not be the end of the world for this team.

Allgaier has some catching up to do now, sitting 25th in the standings after a pair of races. He is coming off a season in which he earned 13 top fives and 27 top 10s, but only led 34 laps.

With the new limitations on Cup drivers competing in the XFINITY Series, this is one driver who can take advantage of the rule and really show why he can be a champion in NASCAR. His combination of winning in the XFINITY Series and racing against the top drivers at the Cup level give him high expectations, knowing he could compete with the top drivers in mediocre equipment at the sport’s premier level.

After settling back into the sport’s second-tier division, there is hope in the JR Motorsports camp that Allgaier can not only become a title-winning driver, but can also be an example for rookie William Byron and former Cup Series teammate Michael Annett.