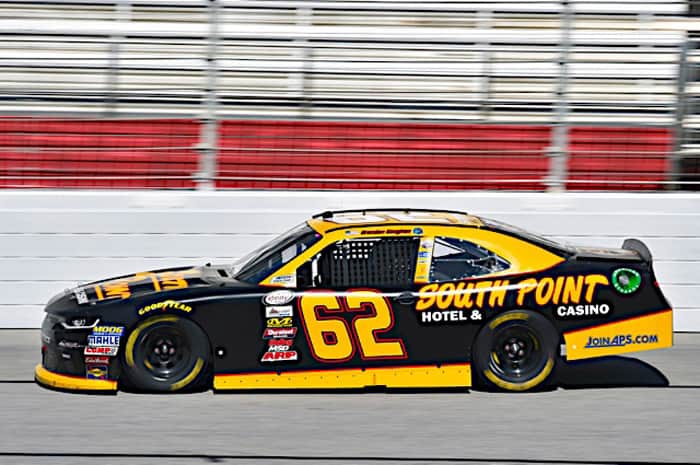 NASCAR XFINITY Series drivers took to the track for two practice sessions on Friday. Brendan Gaughan and Daniel Suarez were the fastest drivers in the west. The two put up the best times as the tour began the west coast swing at Las Vegas Motor Speedway.

Rounding out the top five in the initial practice were Joey Logano, rookie William Byron and Brad Keselowski.

In the opening round on Friday afternoon, Gaughan laid down the quickest lap of the session at 29.578 seconds (182.568 mph). His speed was just ahead of that of defending series champion Suarez.

Logano and Brandon Jones were the fourth and fifth fastest in the final practice. Logano posted the best 10 lap average during the session.

Gaughan comes into Las Vegas fourth in the points standings after a fifth-place effort at Daytona and a 13th at Atlanta. Points leader Elliott Sadler was 10th and 16th in the two sessions, respectively.

Qualifying for the XFINITY Series Boyd Gaming 300 will be held Saturday at 1 pm ET on FS1.