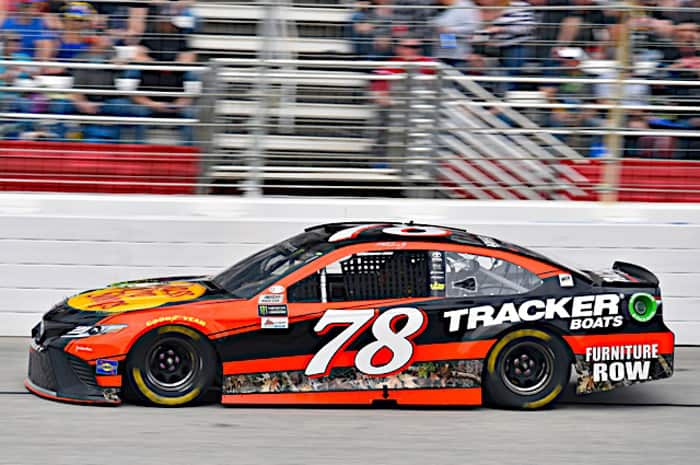 Truex Jr. paced the field, setting a fast lap of 27.907 seconds (193.500 mph) to lead the session. Brad Keselowski was second fastest, seven-hundredths of a second off of the time of the No. 78 Camry. Jimmie Johnson laid down the third fastest time of the session.  Chip Ganassi Racing with Felix Sabates’ Kyle Larson was fourth quickest, while Matt Kenseth rounded out the top five.

Kasey Kahne was just five-thousandths of a second slower than Kenseth in sixth, followed by Ryan Blaney and Kevin Harvick in eighth.  Chase Elliott was ninth quickest, while Denny Hamlin rounded out the top 10.

Other notable drivers include Kyle Busch in 14th, Joey Logano in 18th and Daytona 500 winner Kurt Busch in 20th.  Dale Earnhardt Jr. was 21st quickest in his Nationwide Chevrolet.

Only four drivers ran 10 consecutive laps during the session.  Of those four, Kahne was quickest with an average lap of approximately 29.235 seconds (184.712 mph).

Qualifying for the Cup drivers will take place Friday night at 7:45 p.m. ET on FOX Sports 2.

….And yet as a weekly multiple occurrence with Toys and Cole Pears…Marty Truex and a new addition as a Cup regular Erik Jones..CAUGHT, multiple times, with the harsh fine of docked practice time…lol.