“NASCAR Goes West” began with a bang at Las Vegas Motor Speedway this past weekend.

Martin Truex Jr. passed Brad Keselowski for the win with two laps to go in the Kobalt 400. Moments later, chaos ensued on pit road as Kyle Busch threw a right hook to the face of Joey Logano.

But this upcoming weekend, the Monster Energy NASCAR Cup Series heads to Phoenix International Raceway for the fourth race of the season.

For the third week in a row, the 40-car field will not be filled, barring any changes. 39 cars are on the entry list.

PIR master Kevin Harvick is the defending winner of this race, beating Carl Edwards to the line in a photo finish.

The Camping World 500 will go green just past 3:45 p.m. ET from the 1-mile oval in the desert. TV coverage can be found on FOX with radio on MRN and SiriusXM.

Davey joined the site prior to the 2017 season and currently serves as a multimedia editor and reporter. He authors the bi-weekly column "Fire on Fridays" and spearheads Frontstretchs video content. He's covered the ARCA Menards Series East and West extensively for NASCAR.com and currently serves as a production assistant for NBC Sports Washington.
@DaveyCenter
Previous Busch, Logano Sparring the Talk of NASCAR in Sin City
Next Couch Potato Tuesday: Another NASCAR Driver Turned A+ Analyst On FOX? 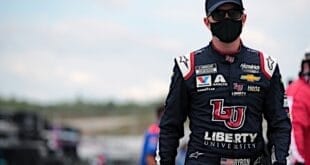 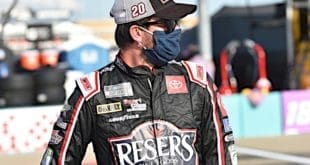 While the majority of attention was on the 16 playoff drivers, Joe Gibbs Racing driver …