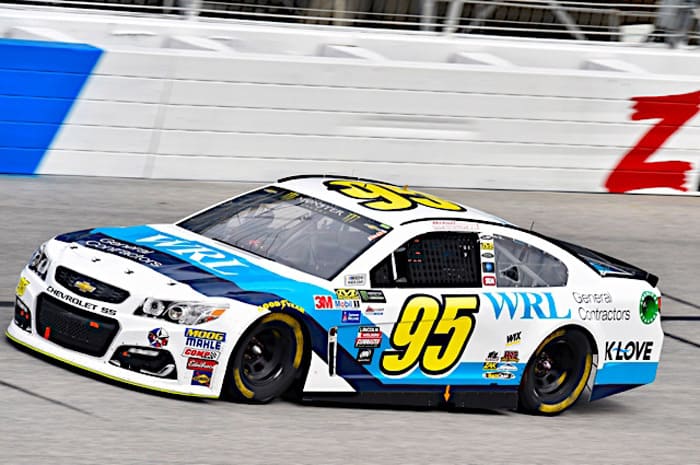 One of the words you’ll see a lot of in this column is improvement.  It’s really the name of the game for most of these teams.  For some (Wood Brothers Racing, Germain Racing, JTG Daugherty Racing and Richard Petty Motorsports come to mind), there’s potential to improve performance to at least the level of some mid-tier teams such as Roush Fenway Racing over the next couple of years.  For others, it’s more about improving within this group, at least for the time being.

Improvement is a better measure of performance for these teams than their weekly finishes, simply because, for the most part, that’s a discouraging way to look at things.  It’s easy to look at a 20th-place finish and think it’s not very good compared to the teams who are competing for top 5’s every week.  But take that same 20th-place run and look it in the context of a five-position increase over last week and eight spots better than the same race last year or the last race at that track, and suddenly the whole perspective on the finish is different.

On the flip side, teams who don’t show improvement are the ones that may come and go over the next few years, and who struggle to find backing if it doesn’t come with a driver.  A prolonged backslide, even among these teams, is an indication of real issues, and worth paying attention to, just as it is among other teams. Look at Roush Fenway again… they weren’t a mid-tier team a few years ago, but one of the sport’s most elite.  That’s not good, and the same can be said for any team whose performance drops over a period of time.

Top of the Class: Phoenix I
Ty Dillon and Germain Racing were best among the small teams at Phoenix with a 16th-place run, building on a strong top 20 at PIR last fall. Aric Almirola finished 17th Sunday and has looked like he’s rebounding from a dismal 2016 season.  The No. 42 is certainly capable of top-20 runs at many tracks—Almirola made the playoffs a couple of years ago.  It’s early to say that Richard Petty Motorsports is over last season yet, but they certainly appear to be headed in the right direction once again this week.  Ryan Blaney was third among the small teams this week, though he ran better than his finish shows.  A late pit road penalty cost Blaney big, and a 4-tire stop with four to go cost him too much track position but he did finish in the top 10 in both of the two race stages, so scored a few extra points.  All in all, these three should be the ones finishing at the front of this group each week.

Passing Grades
Michael McDowell had a solid week with a 24th-place result.  The Leavine Family team has improved by leaps and bounds since becoming full-time last year, and this week was another step in the right direction.  Once again AJ Allmendinger and Chris Buesher finished together, in 26th and 27th.  While they’re not quite where Allmendinger was a year ago, the addition of a second team at JTG Daugherty Racing has illustrated how difficult a step that is, and they continue to perform consistently as a team, if not quite where they’d like to be. Landon Cassill (28th), Matt DiBenedetto (29th) and Reed Sorenson (30th) also scored top 30s this week, and while that’s expected from Cassill’s team, it was a strong week for Go FAS Racing and Premium Motorsports. DiBenedetto’s fourth straight top-30 is already halfway to Go FAS Racing’s 2016 season total just four races in. He also ran much of the race without the benefit of his air conditioning system on what was easily the hottest race of the year to date.  DiBenedetto is a pure talent

Needs Improvement
Only two of the drivers in this category this week—Timmy Hill in 32nd and 33rd-place Derrike Cope—were running at the end and both were multiple laps down.  Cole Whitt, David Ragan, Gray Gaulding and Corey Lajoie all had their day end early with crash damage, and Jeffrey Earnhardt suffered a mechanical failure just nine laps in.  Whitt’s team is falling back to earth after a hot start to the year, but this week’s finish was a blow nonetheless. Ragan doesn’t have as much to worry about—he cut a tire and was capable of more before it happened.  BK Racing is one team to keep an eye on—they were actually making gains a couple of years ago but have struggled more and more recently, and without a veteran driver, seem to be floundering even more this year.  Lajoie has yet to finish a race.  There were rumors of the team’s demise after last season… are they on life support now?

A few of the cars in this group will have a different look at Fontana this weekend.  Ty Dillon will have Twisted Tea on the No. 13. Love’s Travel Stops will be back on Landon Cassill’s No. 34 this week, while teammate David Ragan will have Camping World on the hood of the No. 38. Corey Lajoie will have backing from Bubba Burger this week. Michael McDowell will run a special “Woodie” paint scheme for the California trip. Four teams—the No. 15 of Reed Sorenson, the No. 51 of Timmy Hill, the No. 55 of Derrike Cope and the No. 72 of Cole Whitt—do not have primary sponsors for the race as of Monday.

Bootie asks @tydillon under this caution if he’s hot or hungry or how is he doing? Ty says he’s hot and he’d rather not talk about it!

Unfortunate day for the 21 team. Headed for Fontana. And yes… I called the 88 a bad word… I'm sorry. Was hot, needed to pull tape.

I guess today was the day @ReedSorenson36 felt like he had to get even. I hated we tore up another @BKRacing_2383 hot rod. We'll keep diggin

#theKing says main reason he takes time to meet w people is that it's a thank you to fans for buying tickets & supporting him. #KINGs80th

Oh, and one more thing, if you're following us because you think we're the band, The Wood Brothers, you got the wrong number. We can't sing