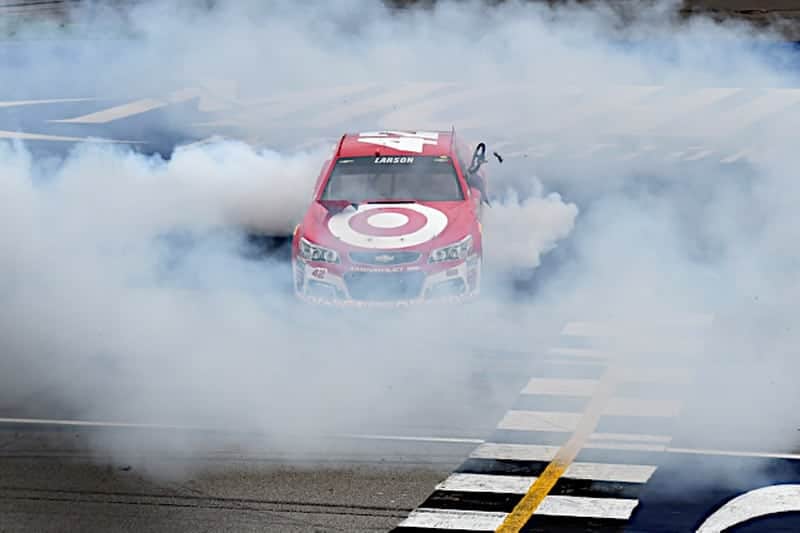 Did You Notice? … The effect NASCAR stage racing has had on the point standings to date?

Perhaps the most important shift occurred Sunday with Ryan Newman’s win. Newman, who won on late-race pit strategy after struggling most of the day is the first victor in the sport’s modern era to score fewer points than the second-place finisher. Kyle Larson may have come up short on the track but he actually scored 11 more points than Newman when you include stage bonuses.

In fact, the Stage 3 winner under this system was actually fourth overall on the day. Both Kyle Busch and Brad Keselowski outscored the No. 31 Chevrolet while Stage 2 winner Chase Elliott actually tied Newman in points. Elliott, by the way, finished 12th in the final results.

While it’s clear so far that stage racing increases aggression throughout the race, these results produce a bit of confusion. It’s like someone winning an NCAA tournament game this past weekend but not moving on to the next round because they failed to play well in the first 10 minutes.

For a sport that’s tried hard to emulate its stick-and-ball counterparts, that feels like a potential tragic flaw.

And while Larson was aggressive Sunday, still seeking his first win of the season, that type of points system could make others think twice. What if Keselowski was sitting in second place? He already has a win on the season and more points than Newman. A victory, as we’ve seen under this format already, locks you into NASCAR’s playoff barring a bizarre series of circumstances. So why take a chance during a green-white-checkered finish? Why push Newman out of the way?

Yes, I know; the five playoff points and a trophy are supposed to be appetizing enough. But do five points make enough of a difference when you can earn up to 60 in any given race? With the stage bonuses, it’s not as big of an impact as it would be under the old system. I just wonder if NASCAR should offer a bit more of a bonus in Stage 3; perhaps 60 points, instead of 40 points for the win to ensure those stage bonuses don’t overshadow the real checkered flag you’re trying to earn.

Did You Notice? … The positives surrounding those stage points. Here’s a list of who has earned the most from Stage 1 and 2 bonuses through four races….

For Harvick, these bonuses have made the difference in what’s otherwise been a disappointing season. He doesn’t have a top-five finish in 2017 despite leading the most laps of any driver. Phoenix, a place where he’s dominated in the past, was an unmitigated disaster. He didn’t qualify inside the top 20; the team gave all it had just to climb up to around fifth, and he didn’t lead a lap there for the second straight race.

Considering there should be a Mount Rushmore statue of Harvick out in the desert, those results showcase how tough a year the No. 4 team has had. But their speed at times early in races is what’s keeping them in playoff position. Take away those 40 points and Harvick drops to 83 on the season, right on the bubble for the top 16. It would be a much more desperate start to the season than he has right now.

Instead, Harvick is seventh, about in line with where you feel he should be considering the ups and downs the team has had this year. It’s a savior for those top teams whose bad luck in the past would put them in high-pressure situations early.

The flip side of all that is success can be fleeting if you don’t sustain it. Kurt Busch hasn’t been able to earn a bonus stage point since Daytona; in fact, he’s only led two laps total on the season. That’s dropped him to 10th, just four races in, despite a win in the Great American Race and a reasonable average finish of 15.8.

As for Larson? He’d be leading the points either way, which is the latest a Chip Ganassi Racing team has been on top of the standings since Sterling Marlin in 2002. But the stage bonuses have been a nice way to add some points for a race team that has shown consistent speed throughout each race.