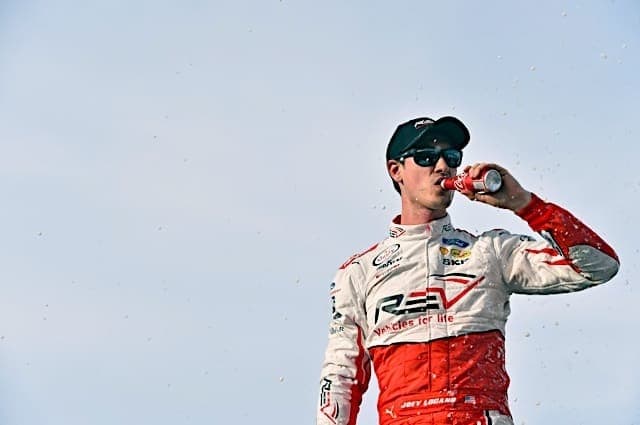 Joey Logano will start on pole for the NASCAR XFINITY Series race on Saturday afternoon at Auto Club Speedway. Logano ran a blistering fast lap at 39.440 seconds (182.556 mph) for the 32nd career pole and his third at the Fontana oval.

Daniel Hemric had never even turned a lap at the track until Friday’s first practice session but seems to be becoming fast friends with Fontana; he’ll be starting second. Row two will consist of Erik Jones in third and Cole Custer in fourth.

Paul Menard qualified fifth at what has consistently been his best track in NASCAR. William Byron will start sixth in his first start at the Auto Club Speedway in any series. Kyle Larson looked to be on the pole, but bobbled out of Turn 4 and had to settle for seventh.

Richard Childress Racing had a particularly strong qualifying showing with five Chevrolets in the top 12, and Blake Koch starting 11th in an RCR supported car.

In round one, perhaps the biggest story was that Kyle Busch did not advance past it. Busch, the favorite to win in just about every race he enters in the XFINITY Series, will start 16th later in the day. Elliott Sadler, the XFINITY Series points leader, qualified 14th.

Other notables that did not advance to round two included Brennan Poole in 13th, Michael Annett in 17th, and last week’s winner Justin Allgaier in 20th.  Hemric was the fastest in the session with a lap at 39.529 seconds (182.145 mph) and Logano was second.

42 cars were originally entered for the race. However, Obiaka Racing withdrew the No. 77 and moved Stephen Leicht back to the No. 97, replacing Josh Bilicki. In addition, MBM Motorsports withdrew the No. 72 for John Jackson. As a result, no one failed to qualify.