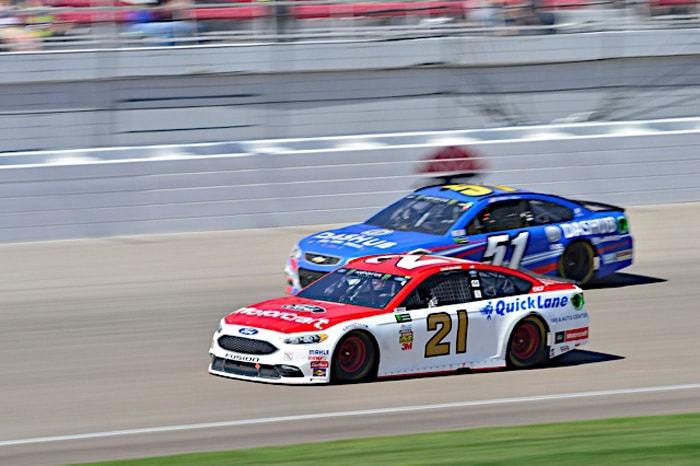 No Margin For Error

Last week, we looked at the importance of improvement for small teams.  For those that realistically just can’t compete with their powerhouse rivals on a weekly basis, it’s a better measure than finishes alone. It’s also an important step for those teams a step ahead of the game, ones in position to one day join the elite.

There are a few things that can get in the way of improvement, or at least cloud the picture.  Week-to-week results are important as a trend — a team that’s getting better-than-expected finishes for an extended period is definitely one to keep tabs on. But performance compared to the previous year (and perhaps years) is equally, if not more, indicative of where someone really is.

Offseason changes can cloud those conclusions further.  The added team at JTG Daugherty Racing, for example, will require an adjustment period not only for the No. 37 but also for the No. 47, making a direct comparison to 2016 not quite valid. Several teams made driver switches, which also makes it hard to gauge where they really are.  For example, Go FAS Racing added Matt DiBenedetto this season and has immediately shown impressive improvement.  On the other hand, Germain Racing and Ty Dillon are fairly consistent with 2016.

It’s hard to say whether the No. 32 has improved because of DiBenedetto’s talent (though my money is on that) or because of added sponsorship or improved equipment.  Did changing from a rotation of drivers to a consistent one make the difference?  In Dillon’s case, has a heightened alliance with Richard Childress Racing just not had time to pay off, or is the team at the top of its game in terms of equipment, regardless of the driver?  Was Casey Mears getting the same results with less, or is Dillon’s lack of experience a factor?

For a team like TriStar Motorsports, which didn’t run the Cup Series last year, there is only a week-to-week process to analyze. Judging consistency and comparing the second race at tracks that host two races will be more important than perhaps it is for others.

There is so much information to dissect that it’s easy to get bogged down in it.  Sometimes, too, it boils down to how the team looks week-to-week and year-to-year. Are they communicating better?  Have they had a crew chief change or other internal shuffles?  Does the chemistry seem better or not so much?

At the end of the day, there are intangibles to think about, and there’s a certain amount of gut feeling in the analysis. There’s only one point we know for certain; the margin for error for these programs is negligible compared to the Joe Gibbs Racings, Hendrick Motorsports, and Stewart-Haas Racings of the world.

Top of the Class: Fontana

Ryan Blaney scored another top 10 Sunday, finishing ninth. Blaney has the advantage of a technical alliance with Team Penske, and the team’s performance has definitely picked up a notch over 2016.  Also scoring top-20 runs were AJ Allmendinger in 17th and Ty Dillon in 18th, though neither the JTG Daugherty Racing or Germain Racing team matched their 2016 Fontana finishes. Plus, Allmendinger slipped eight positions over a year ago, so while the results are good, they aren’t necessarily great. Aric Almirola was the fourth small-team driver to grab a top 20 in California (19th).  His No. 43 Richard Petty Motorsports team seems to be turning things around after a forgettable 2016.

Chris Buescher didn’t quite match teammate Allmendinger’s run Sunday, but he did grab a top 25 (25th).  Remember, Buescher took a step into slightly stronger equipment than he had a year ago, but a second team is a new enterprise for JTG Daugherty Racing, and that means a learning curve from both sides.  Buescher is capable of matching Allmendinger’s performance with some more seat time. Landon Cassill (27th) finished maybe three or four spots lower than he should have, especially considering he finished a very solid 16th last year.  DiBenedetto already has ¾ of the number of top-30 runs Go FAS Racing had last year with his 29th place Sunday. That’s a team which has stepped it up, and the finishes show what focusing on one driver with talent has done for the team.

Corey Lajoie scored his best non-restrictor-place finish of 2017 in 30th despite a late brush with the wall. That extended his dubious streak of having some kind of incident in every race this season; only Jeffrey Earnhardt has fewer points among drivers starting all five events.  Lajoie’s a talented driver, but inexperience at this level combined with less-than-stellar equipment makes it easy to overdrive.

David Ragan is capable of more in the No. 38, so coming home 31st is a bit of a downer for his Front Row Motorsports team. He look to rebound this week at Martinsville, a track where Ragan’s run well in the past.  Cole Whitt has fallen back to Earth after his hot start, finishing 32nd, which is about what should be reasonably expected from TriStar Motorsports, a team that re-entered Cup competition this year.

Also finishing about where expected on a large intermediate track were Reed Sorenson (34th), Timmy Hill (35th), Gray Gaulding (37th), Derrike Cope (38th) and Jeffrey Earnhardt (39th). Realistically, these teams are mainly racing each other most weeks.  The surprise in this group was Michael McDowell in 33rd, simply because his Leavine Family Racing team has proven to be stout over the last year. A poor finish is no longer expected of them.

*out in front of Dale Jrs house*
"First, I'd like to apologize to Amy, and Gus…" pic.twitter.com/4RKRYeJwzP

We have pretty great fans out @ACSupdates! @tydillon always makes sure to stop for as many as possible on the way to driver intros! #NASCAR pic.twitter.com/2M5zYlu3Vb

I am getting older or watch too much Andy Griffith show. But I don't know who any of these Hollywood folks are. @ACSupdates #NASCARGoesWest