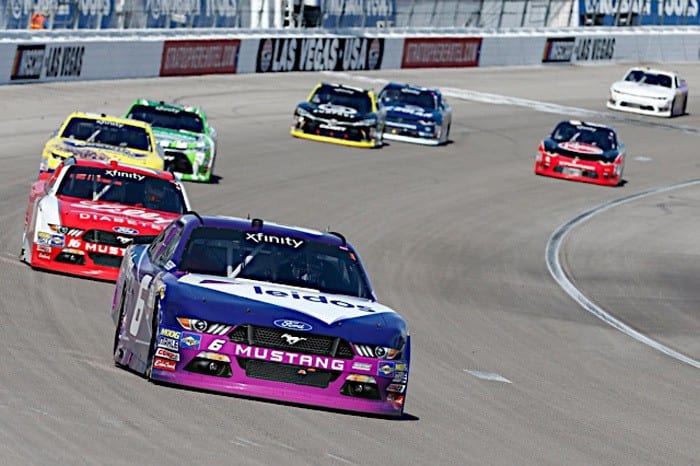 Coming off a disappointing 2016, Roush Fenway Racing has seemed to have turned the corner in both its XFINITY and Cup Series programs. Through the first five events in both divisions, the cars have been quicker and better-handling, allowing for the drivers to get all they can, finally putting up some respectable results.

The XFINITY Series has been the touring division that Jack Roush and RFR have had the most success. In his 26 years of owning an XFINITY Series organization, Roush has recorded 138 victories, three more than the Cup Series, with Ryan Reed most recently winning the 2017 season-opening race at Daytona International Speedway.

Pile Reed’s victory up with the early season success of Darrell Wallace Jr., and the team seems to have rebounded from a difficult 2016, even when getting both team machines into the playoffs.

In reality, why should anyone question Jack Roush? He has had to rebrand his organization several times, especially in the XFINITY Series when he elevated drivers to the Cup Series. Once Carl Edwards stopped running full-time in the XFINITY Series, it was a who’s up next in terms of who might be the next success story at the organization. Ricky Stenhouse Jr. filled that role, winning back-to-back championships in 2011 and 2012. Then he went on to the Cup Series, where success has been hard to find.

Next came Trevor Bayne, after running two part-time seasons with RFR. His success was limited though, recording a victory at Iowa Speedway in 2013, his second career triumph in the XFINITY Series.

In 2014, Chris Buescher‘s stock sky-rocketed after winning at the Mid-Ohio Sports Car Course. He returned to the division in 2015, winning two races en route to the championship, RFR’s fifth title as a race team in the XFINITY Series.

Fast forward to today, where Wallace and Reed are in their third full season as teammates, trying to get their careers firing on all cylinders.

The victory at Daytona solidified Reed as a playoff contender. But he has a knack of running well on restrictor plate tracks. Both of his victories and three of his four career top five finishes have come at Daytona, the other coming at Road America last season. In three attempts at tackling the hallowed ground of Talladega Superspeedway, his best effort is a 24th, despite leading 37 of his 62 career laps led solely in Alabama.

Over the past few seasons, Roush Fenway Racing has struggled on intermediate tracks. However, this year, Reed, in particular has seemed to be more competitive on those types of tracks compared to 2016.

Since his victory at Daytona, Reed has a ninth-place effort at Las Vegas Motor Speedway, his second career top-10 finish on a 1.5-mile track. Throughout the weekend the No. 16 car was fast, being among the top 12 in every practice, and qualifying 10th.

The relationship between the Roush Fenway Racing teammates has seemed to improve over the past couple of years. Before, it was one car running a wee bit better than the other, but now, the two are running around each other throughout the race, though Wallace seems to finish better.

Wallace is heading into the first off-week of the season with four consecutive sixth-place finishes after his season got off to a bit of a rocky start at Daytona, where he finished 33rd, earning four points.

Throughout every race, the No. 6 car finishes better than it has started. In each of the last four events, Wallace has started between Pos. 7 and 16, but finished the day just outside the top five. In the early stages, Wallace and crew chief Seth Barbour are able to figure out how to work on the machine, getting it better over the long haul. At Atlanta Motor Speedway and Las Vegas the following week, the car was smacked the wall early on in the first stage of the race, narrowly hanging on to the lead lap at the end of the first portion of the race.

But then it was go time.

Despite not yet leading a lap, Wallace is constantly on the verge of running in the top five. In 2016, the No. 6 car had four finishes of sixth or better the entire season. This year, a rejuvenated driver and focused race team is looking to win their first race together.

The good thing for Wallace is the sixth place finishes have ranged on a variety of race tracks. Yes, there are two 1.5-mile tracks, but they drive nothing alike. Then he went to Phoenix International Raceway and had a career-best finish on the 1-mile flat track. At Auto Club Speedway last weekend, he improved his average finishing position to seventh on the 2-mile oval.

Heading into Texas Motor Speedway, another 1.5-mile track, the pair of Roush Fenway Racing drivers sit fourth and fifth in the championship standings. Reed is essentially tied with Justin Allgaier for third, but the No. 7 car was victorious at Phoenix, and has another top-five result, which is more than Reed.

The only drivers that sit ahead of the RFR Fords are Elliott Sadler, William Byron and Allgaier, all part of the JR Motorsports camp.

Through five races, it looks like JR Motorsports has a slight advantage on sheer speed. However, with a few tweaks here and there, Roush Fenway Racing may return to the top of the throne in the XFINITY Series this season.