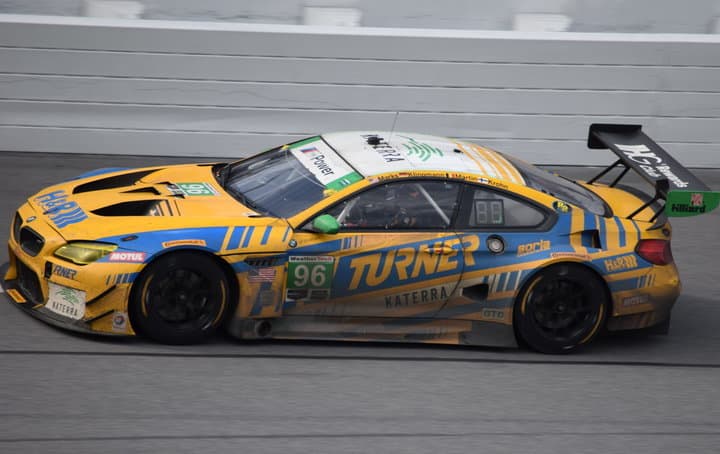 On Wednesday, IMSA released the provisional entry list for the BUBBA Burger Sports Car Grand Prix at Long Beach, round No. 3 of the IMSA WeatherTech SportsCar Championship.  The race will see 35 cars from the Prototype, GT Le Mans and GT Daytona classes battle for 100 minutes on the streets of Long Beach, Calif.

The event is being held as part of the Toyota Grand Prix of Long Beach weekend along with the Verizon IndyCar Series, Indy Lights, the GT and GTA classes from Pirelli World Challenge, SPEED Energy Formula Off-Road and Formula D.  As a result, space is very tight in the paddock.  IMSA has restricted entries in the event to “Premium Entrants” in the three classes listed above.  Premium Entrants are simply those teams who have declared their intentions to run the full season.

As most of the races are sprint events from here on in (with the exception of Watkins Glen and Road Atlanta), fans will be seeing the regular driver pairings for the first time.  In the Prototype class, the only change of note is that the second driver for PR1/Mathiasen Motorsports’ No. 52 is currently listed as a TBA alongside full-time driver Tom Kimber-Smith.  José Gutierrez is only confirmed for seven of the ten Prototype races on the schedule.  Mike Guasch is only in for the four Tequila Patron North American Endurance Cup races.  RC Enerson, who drove for the team in the Rolex 24 at Daytona, could be an option.  More to come on this story.

In GT Le Mans, there are no major changes of note as the teams settle into their normal driver lineups.  In GT Daytona, the No. 27 Dream Racing Lamborghini was originally entered for the race, but has since withdrawn.  It is a shame since Long Beach is the closest race to the team’s Las Vegas base.  However, the entry list is still at 35 with the addition of Alegra Motorsports’ No. 28 Porsche.  Porsche factory driver Michael Christensen will share the car with Canadian racer Daniel Morad.  The team was previously only planning on running the Tequila Patron North American Endurance Cup events, so the Long Beach entry is a surprise.

Also of note, SunEnergy1 Racing owner Kenny Habul will not be driving his own No. 75 Mercedes in Long Beach.  Boris Said and Tristan Vautier will drive as a duo in Long Beach.

Turner Motorsport recently announced that they will run the full season in GT Daytona, adding onto what was originally just a Tequila Patron North American Endurance Cup effort.  Back in Daytona, Justin Marks told Frontstretch that the team did not have enough sponsorship to run full-time.  Evidently, the backing has been confirmed.  Bret Curtis has returned to the team to reunite with Jens Klingmann.  The duo drove the No. 96 full-time last season.

Finally, The Racers Group is back at Long Beach after skipping Sebring in response to issues with the Continental tires at Daytona.  At the time, team owner Kevin Buckler told SportsCar365.com’s John Dagys that the Continentals were simply not suited for the task at hand.  His No. 991 Porsche finished tenth in class, but had four flats during the wet portion of the race.  For Long Beach, Wolf Henzler will be back in the seat, along with Jan Heylen.