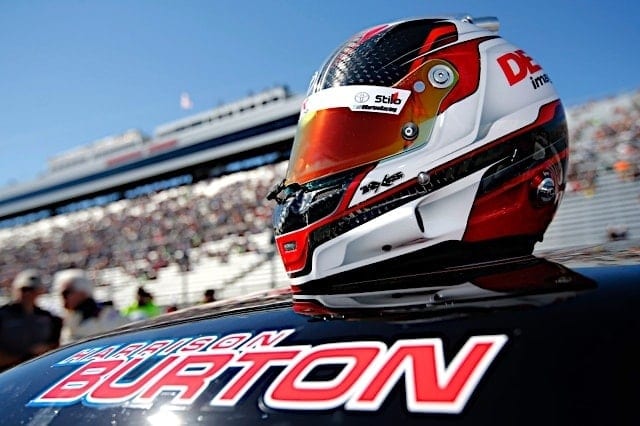 Storylines abound when the NASCAR Camping World Truck Series visits Martinsville Speedway, whether it’s the first or second visit of the season.

Each has its own allure. The spring date is the first race back after a multi-week sabbatical for the series that used to see the circuit dormant from the season-opening event at Daytona International Speedway to Martinsville. In recent years, a date at Atlanta Motor Speedway has made the wait a little less sizable, but it’s still a hefty break, and the first race back from time off is always a story unto itself.

The fall event often brings with it intrigue in that the tease of the next season is in full swing, which can lead to teams either taking chances with new drivers or promoting future stars to get their feet wet at a short track. Last year was no exception; think Harrison Burton, Justin Fontaine and the like.

But regardless of season, what the track represents for the Truck Series each time out is this: its allowance of drivers younger than 18 years old.

It’s something this column has touched on before, so no, you’re not imagining things. It’s the story idea that keeps on giving, like pre-Daytona silly season or figuring out the entry list for the Truck race at Eldora Speedway. There’s always going to be something to talk about, whether it’s the beginning of the year or the end.

A quick refresher: select tracks on the Truck Series schedule allow drivers who are 16 or 17 years old to compete. Said tracks are 1 mile or less in length, with the exception of road course of Canadian Tire Motorsport Park. Once a driver turns 18, they’re free to tackle the entire schedule, given their NASCAR license allows them to do so.

This time around, as of Thursday evening, four drivers populate the entry list who are younger than 18 and therefore making their first start of 2017.

They are, in no particular order…

Harrison Burton: The most high-profile of the collection, without a doubt. Burton, who as previously mentioned made his series debut at Martinsville in the fall race last year, is the 16-year-old of the bunch, turning 17 in October. Oh, and he’s not just some random driver who happens to share a last name with the famous Burtons of the sport. He’s Jeff Burton’s kid, and Martinsville is the first of six planned starts for him in Kyle Busch Motorsports’ No. 51 in 2017. His maiden Truck start resulted in a 22nd-place finish, so there’s a lot of room to grow, and recent results are encouraging; he already won the CARS Super Late Model Tour’s season opener at Concord Speedway and placed fourth in the season-opening K&N Pro Series East event at New Smyrna Speedway.

Justin Haley: Here’s a guy you’ll be seeing a lot more of in 2017, far more than Burton. So, remember John Hunter Nemechek‘s 2015 season? The current driver of the No. 8 in the Truck Series (and Joe Nemechek’s son) ran just two of the first seven races before competing in every event from Gateway Motorsports Park on because he turned 18 and was able to run the full schedule. Same goes for Justin Haley, who celebrates his 18th birthday on April 28, at which point he’ll become the full-time driver for the No. 24 fielded by GMS Racing. Until then, Haley remains a part-timer, but he’s popped up in six Truck events over the past two years, with a best finish of seventh at Phoenix International Raceway in 2015.

Kyle Donahue: The No. 63 owned by Mike Mittler and MB Motorsports has a long history of breaking talent, from Carl Edwards to Jamie McMurray. Kyle Donahue hopes to be the next in line. Donahue, 16 (but 17 on April 25), made his series debut at Martinsville last year in the same truck, coming home 31st after a crash. He and older brother Kevin (who tweeted earlier this week that he hopes to join his brother on the entry list at Gateway later this season) both hail from Missouri, stomping grounds of Edwards, McMurray and… oh, hey, Mittler. Sense a pattern?

Bryce Napier: Another racer who’ll turn 18 this year (Aug. 12), Bryce Napier adorns the entry list in the No. 1 for TJL Motorsports. If you paid attention to the series last year, you’ll remember Napier from three races, including his series debut a year ago at Martinsville, finishing 23rd. That ended up his best result; he added a 28th at Bristol Motor Speedway and 25th at Phoenix.