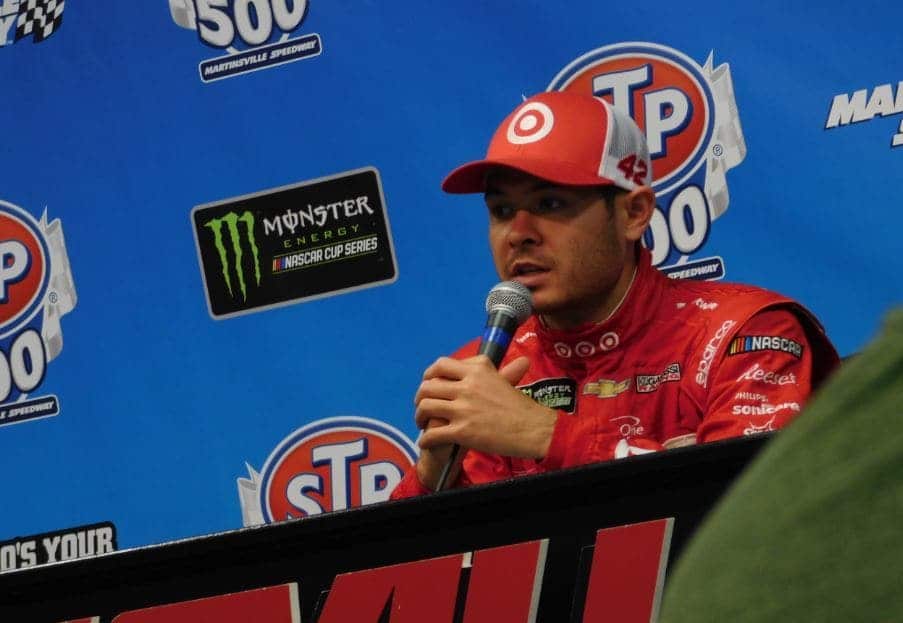 The rain won Friday afternoon at Martinsville Speedway. Despite the dry start to the day, a series of heavy rains put an end to Monster Energy NASCAR Cup Series qualifying before it even began.

With the lineup being based off the rulebook, point leader Kyle Larson will start from pole in Sunday’s STP 500.

“This will be a good advantage to start from pole,” Larson said. “That number one pit stall will be big here, it seems to be as good as it gets with any track we go to.”

“Our car was a little too tight in practice so we will work on that tomorrow,” he said. “I wheel-hopped, almost wrecked into Turn 1. I backed my entry up and tried to get more out of it. Then I had another moment. It feels a little weird. I’m sure we’ll work on that.”

Chase Elliott, who is second in driver points, lines up on the front row in his No. 24 Hendrick Motorsports Chevrolet.

“Any time I can do something good at Martinsville, it’s great for me,” Elliott said. “It’s been a bit of a struggle for me here. More than anything, having a nice pit pick. We definitely have a nice help.”

The day could’ve gone worse for Logano, however, as rookie Daniel Suarez crashed his No. 19 Toyota during practice and will start in the rear for his first Martinsville Cup race.