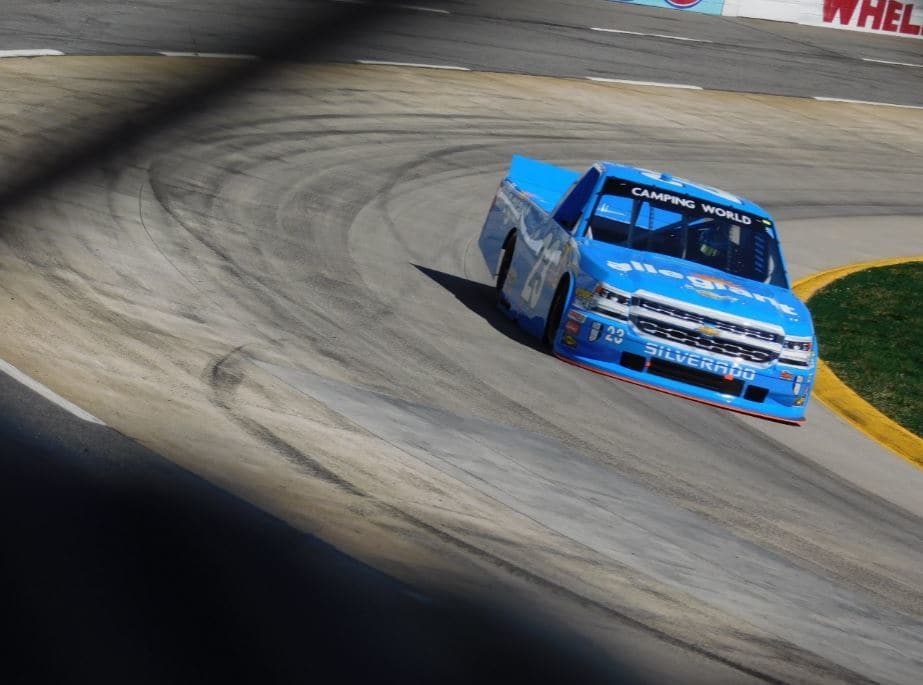 It’s been a while, but Chase Elliott is back in Victory Lane in the Camping World Truck Series.

After driving through late contact between leader Christopher Bell and Austin Cindric, pole-sitter Elliott grabbed the win at Martinsville Speedway after leading 81 laps. The victory is his first in the series since 2013.

Elliott was the beneficiary of a controversial block thrown into Turn 1 by Austin Cindric, who was on the heels of being lapped by then-leader Bell. After the two made contact, Bell slipped to third and stayed there for the remaining 15 laps.

“Got to the No. 19, got into him in Turn 4,” Bell said. “At that point, I went underneath him to get into Turn 1, he decided he was going to go down with me. It’s miserable. To know you’re leading the race — I felt like our chances were really good. To come up short that way was disheartening.”

“I just needs traction and didn’t have it,” Sauter said. “Chase did what he needed to do to win the race — aggressive. We just came up short.”

Noah Gragson grabbed his first top-five finish in his rookie Truck Series season, finishing fourth in the No. 18 Kyle Busch Motorsports Toyota. After two crashed trucks in the first two races in 2017, this one is a confidence builder.

“Wrecking the first two races in the first couple laps, you definitely doubt yourself,” Gragson admitted. “You’re not sure if you’re put up to race against these guys. Thankfully, Martinsville, it’s what I’m used to.”

The 250-lap race saw 10 cautions throughout the day, with most of them including no more than two trucks.